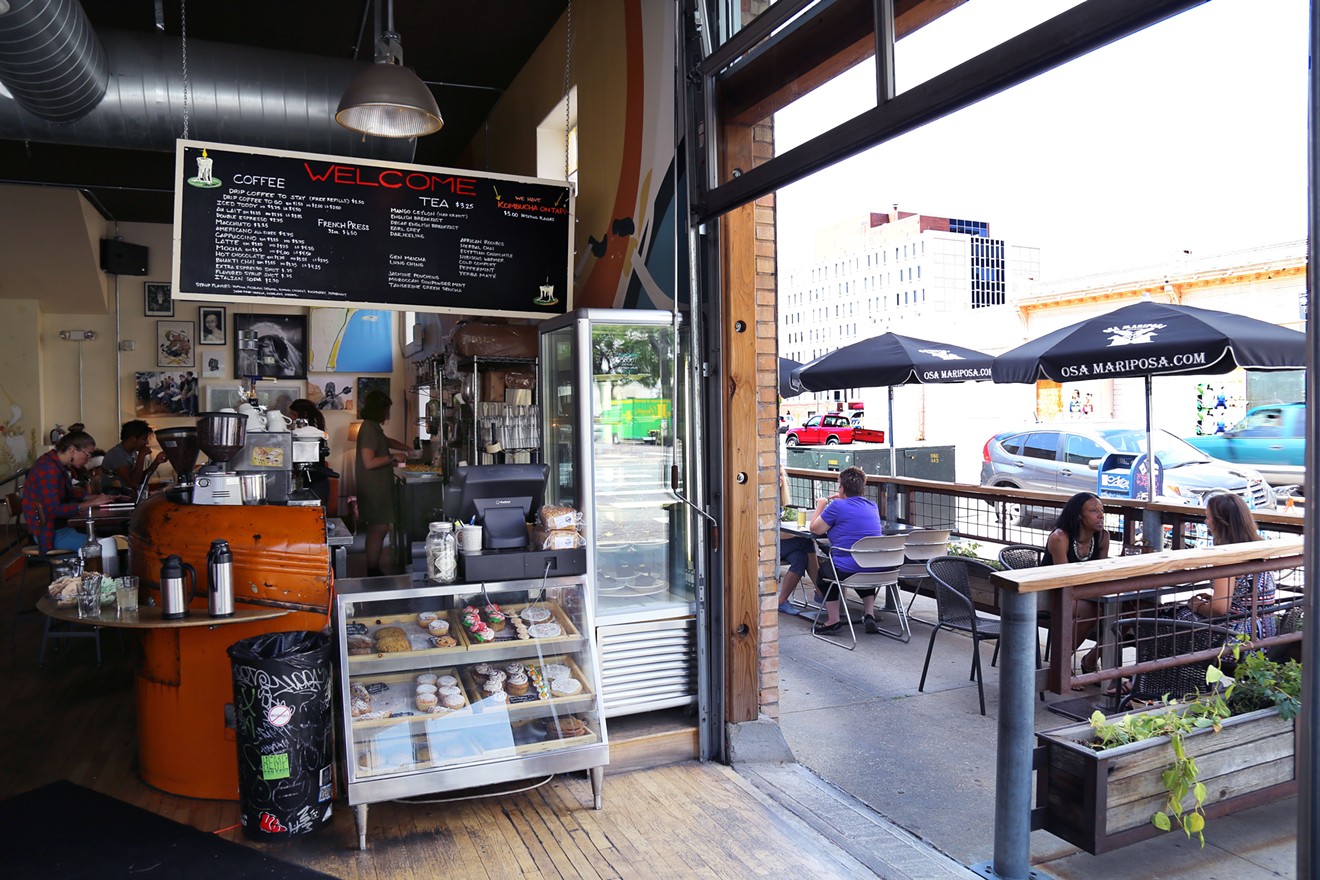 City, O' City is a Capitol Hill mainstay. Westword
Three years ago, Dan Landes sold WaterCourse Foods, the groundbreaking restaurant he founded in 1998, to Lauren Roberts, then the general manager at his second spot, City, O’ City, and her mother, Jennifer Byers. Now he's sold City, O' City to the same team, confident that they're the right people to build on top of the platform that he's spent the last twenty years creating.

After Landes moved WaterCourse, then a vegetarian restaurant (it became all-vegan a year before the sale) to 837 East 17th Avenue, he created City, O' City in WaterCourse's original home at 206 East 13th Avenue. City, O' City started as a vegetarian restaurant, too, but over the past decade it's become so much more: a Capitol Hill mainstay, a neighborhood gathering place with the most creative bathroom graffiti in town, and an arts incubator, with the second floor housing Deer Pile and a moveable feast of interesting events.

Landes is a creative guy, too. An author, he founded Suspect Press, a Denver-based literature company; he also runs Osa Mariposa, a vegetarian hostel in Puerto Escondido, Mexico. And that's where his next chapter is going to begin. 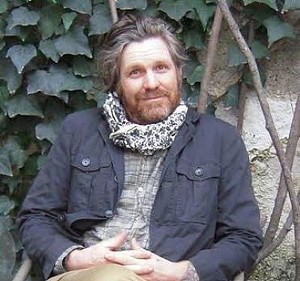 Dan Landes is ready for his next chapter.
Courtesy Dan Landes

After he sold WaterCourse, Landes took a long trip with his two sons; the oldest, Charley, was born a month after that restaurant opened. Now, after the sale of City, O' City, he's taking another jaunt with his kids starting in August. "We're going to take a long road trip and end up in Mexico, working at the hostel," he says. The hostel is currently closed; they'll do a kitchen remodel, do some cabin updates, reopen for the fall.

And, yes, that means Landes is leaving Denver.

He's leaving a lot of things behind, including many memories. He's confident that the restaurants are in good hands with Byers and Roberts; Suspect Press has become "self-sustaining," and the organizers behind Deer Pile are thinking about what to do next.

"Everything that I've done has been based on Daoist principles, including WaterCourse, the "way of water,'" he explains. Now he's following the advice of Lao Tzu: "Do your work, then step back."

He's stepping back from the stress of running restaurants, moving a little slower, taking time to be meditative Unlike some business-school restaurateurs, "I didn't go into this with an exit strategy," Landes says. "What the fuck is an exit strategy?"

In fact, he didn't go into the restaurant business with much of a plan at all. "I hit the right note at the right time," he recalls. "I started in 1998, when you could be a young dreamer, I started WaterCourse for under thirty grand. I don't know who's doing that these days."

He certainly put a lot more into the reboot of the Campus Lounge. He and developer Charley Woolley bought the old Bonnie Brae watering hole with a goal of revitalizing it for a new generation. But after a major renovation, the revived restaurant lasted only five months. 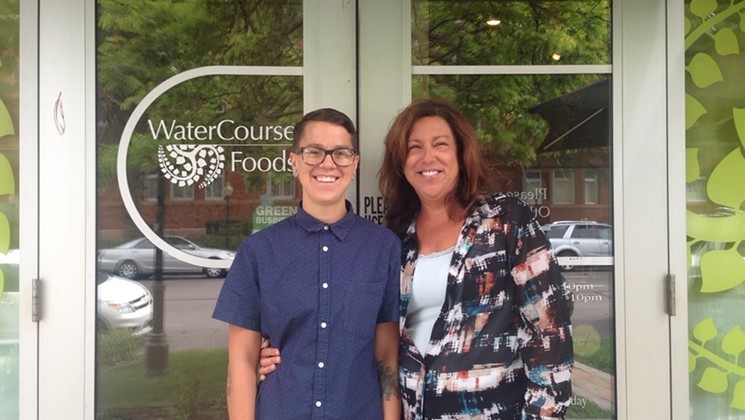 Lauren Roberts and Jennifer Byers, after they purchased WaterCourse.
Chelsea Keeney
Landes has no concerns about City, O' City's survival. "They're not taking on my legacy," he says of Roberts and Byers. "They're building on what I laid down." WaterCourse really needed new leadership, he adds, and he predicts that City, O' City will also benefit from a refresh. The new owners are also taking on Make Believe Bakery, the vegan bakeshop next door.

Roberts is "eloquent and thoughtful," Landes notes. "I can't wait to see what she does."