Beer Festivals Are Back: Here Are Seven Happening in June The Vail Craft Beer Classic has been pandemic resilient. Full Pour Media
Not since before the pandemic has Colorado seen so many beer-centric festivals happening in such a short period of time. The final two weekends in June promise to be a real treat, with both breweries and beer drinkers gearing up for a packed schedule. From a festival focused on LGBTQIA+ causes during Pride Month to a cask-focused fest, there’s something for everyone. Well, there are likely several somethings for everyone, so fill in your weekend calendar and get ready to have some real fun, Colorado style.

Vail Craft Beer Classic
Ford Sculpture Garden Park, Vail
Friday June 17, 4 to 7 p.m., and Saturday June 18, noon to 2:30 p.m. and 3:30 to 6 p.m.
The Vail Craft Beer Classic, the only fest that held events through the pandemic, is back for the sixth time, with more than thirty breweries and cideries as well as special secret bottles. Friday evening offers an extended tasting, with an additional pair of tastings on Saturday, all in a gorgeous mountain setting. There will also be live music. Tickets start at $59 and are available on Eventbrite.

Big Queer Beerfest is expanding in breweries and donations for year two.
Goldspot Brewing
Big Queer Beerfest
Town Hall Collaborative, 525 Santa Fe Drive
Saturday June 18, noon to 5 p.m.
While only in its second year, Big Queer Beerfest has already developed a reputation for being one of Denver’s best parties. The fest plans to double donations to a wide variety of LGBTQIA+ causes this year. It's is free to attend, but fest-goers can purchase drink tokens (10 for $25) or an unlimited drinks pass ($80) on Eventbrite. With a full beer tent dedicated to non-alcoholic beers, gluten-free beers and 35 breweries pouring about fifty beers, you're sure to find lots to love. 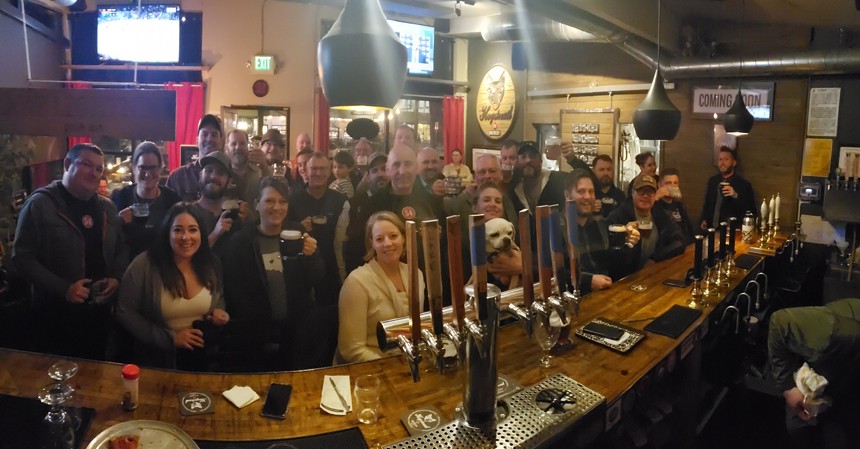 Hogshead is ready to party.
Hogshead Brewery
Hogshead Cask Fest
Hogshead Brewery, 4460 West 29th Avenue
Saturday June 18, 2 to 10 p.m.
Hogshead handpicked some of its favorite breweries to join Cask Fest, including Bierstadt, Call to Arms, Cannonball Creek, Comrade, Liquid Mechanics, Strange Craft and Westbound & Down. The cask-finished beers will be hand-pulled from seven beer engines throughout the day, with grilled food included for paid guests. Tickets, $50, include unlimited beer and brats from the grill. 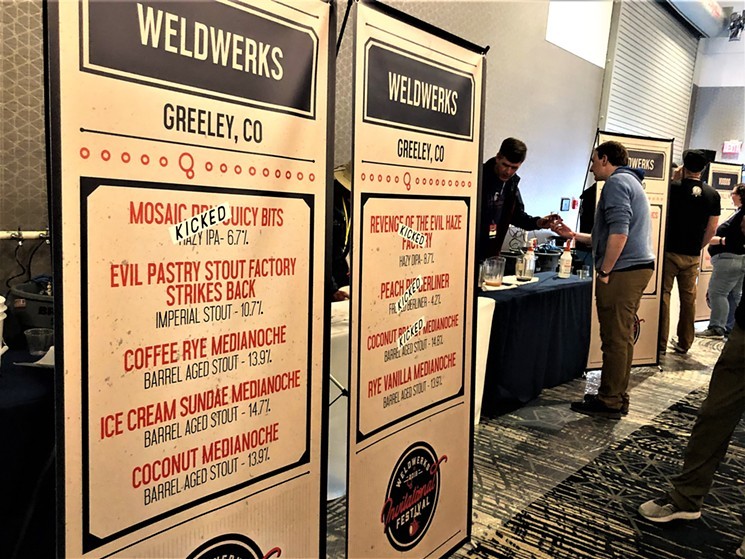 The WeldWerks Invitational in Greeley.
Jonathan Shikes
WeldWerks Invitational
DoubleTree at Lincoln Park, 919 7th Street, Greeley
Saturday June 25, 11 a.m. to 2 p.m. and 4 to 7 p.m.
The WeldWerks Invitational returns for a third time after its pandemic hiatus, though ticket priority for the now-sold-out event went to those who purchased them for the canceled 2021 edition, so consider yourself lucky if you already have your hands on one. With some of the very best breweries in the country pouring some of their most sought-after beers, this festival is a highlight for beer aficionados. While the fest focuses heavily on barrel-aged and wild beers, and to a lesser extent IPAs, this year represents a surge in top-flight lager offerings from breweries such as Amalgam Brewing, Green Cheek Beer Company, Pure Project Brewing and Russian River Brewing. One hundred percent of the proceeds will go to local charities through the WeldWerks Community Foundation, the brewery’s charitable arm. 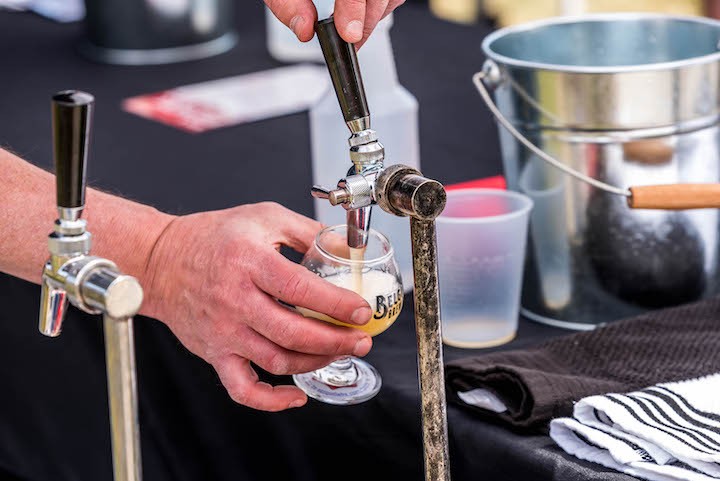 Woods Boss will be pouring at Hops Drops.
Woods Boss Brewing
Hops Drops Evergreen Music & Beer Festival
Buchanan Park Recreation Center, 32003 Ellingwood Trail, Evergreen
Saturday June 25, noon to 9 p.m.; beer fest, noon to 4 p.m.
If you’re looking for a heavy lineup of music to go with a nice set of breweries, Hops Drops (formerly known as the Evergreen Music Festival) has you covered. Headlined by the California Honeydrops, the festival will feature breweries such as Cabin Creek Brewing, Cellar West Artisan Ales, Coda Brewing Company, Evergreen Brewery, Green Mountain Beer Company, Crooked Stave Artisan Ales, Lariat Lodge Brewing Company, New Terrain Brewing Company, Our Mutual Friend Brewing Company, Over Yonder Brewing Company and Woods Boss Brewing Company. Proceeds benefit arts programs for children in the Evergreen community. General admission tickets, which include the beer fest, are $35 and available on Eventbrite.
KEEP WESTWORD FREE... Since we started Westword, it has been defined as the free, independent voice of Denver, and we'd like to keep it that way. With local media under siege, it's more important than ever for us to rally support behind funding our local journalism. You can help by participating in our "I Support" program, allowing us to keep offering readers access to our incisive coverage of local news, food and culture with no paywalls.
Make a one-time donation today for as little as $1.