The Big Beers Fest is back. Sarah Cowell
The Big Beers, Belgians and Barleywines Festival returns to the Beaver Run Resort in Breckenridge next weekend, January 10 to 12, where some of the best brewers in the nation will convene to ski, soak in hot tubs, renew acquaintances, speak in seminars and see who can handle the most high-ABV beers.

And you can still join them. Tickets for the majority of the events taking place during the nineteenth annual Big Beers fest are still on sale, including the commercial tasting, which features more than 400 big beers from breweries all over Colorado, the nation and the world. In addition, there are tickets to two different special beer-pairing dinners — one starring Dave Thibodeau of Ska Brewing and Lasse Ericsson of Sweden's Nynäshamns Ångbryggeri, and the other with Adam Avery of Avery Brewing and Bryan Selders from Dogfish Head.

Seminars this time around will address the impact of water on beer, yeast health, Brettanomyces, ancient Nordic styles, foraged ingredients, beer and food pairings and a variety of other topics.

Keep reading for all of this week's craft-beer events in the Denver area — and beyond. 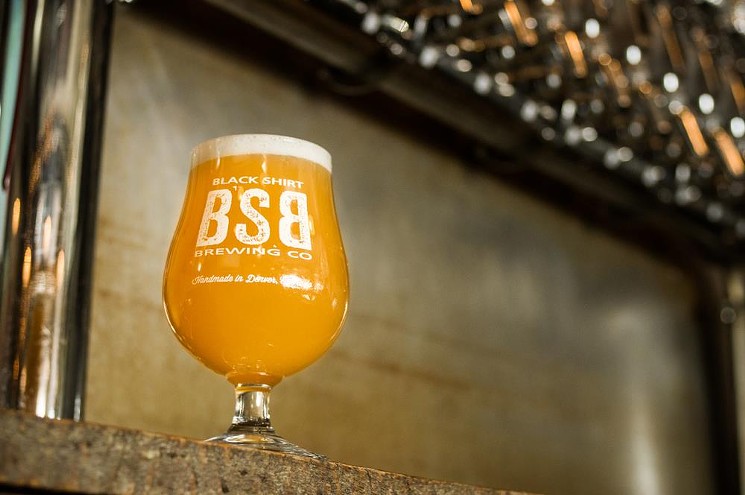 Bruz Beers recently tapped Hellraiser Belgian-style Golden Strong Ale. "Powerful and intense, Hellraiser is a deep golden hue with a white head, and gets its distinct character from pale ale and specialty malts, Belgian hops, coriander and orange peel," the brewery says. This bad boy weighs in at 10.2 percent ABV.

Coal Mine Avenue Brewing in Littleton has just tapped the second release in its kettle-soured Lumos series — and this one combines two interesting styles. It is a sour version of a brut IPA made with pomegranate "for a nice fruitiness and beautiful color, and some fresh ginger for a hint of spiciness," the brewery says.

Cannonball Creek Brewing has just tapped Project Alpha 27 as part of its Project Alpha IPA series. It boasts "huge notes of pineapple and tropical fruits balanced by a hint of pine, a firm hop bitterness, and a very dry finish," the brewery says. The Rolling Dough food truck will be on hand. 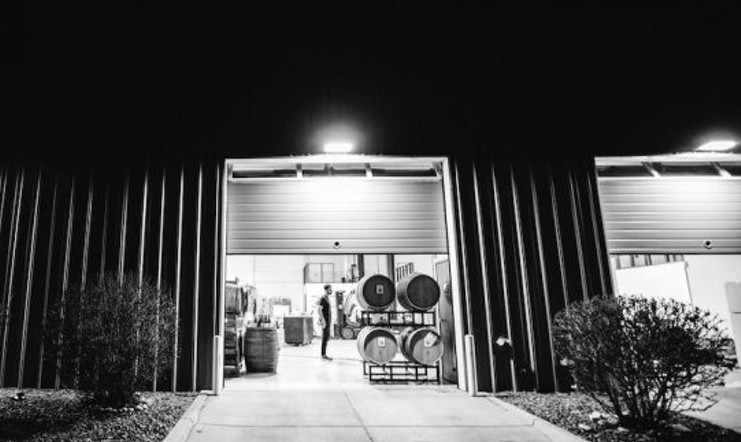 The Cultural Center
Saturday, January 5
The Cultural Center, at 6381 Beach Street, Unit A, which is the new joint taproom and barrel-aging cellar from Westbound & Down Brewing and Amalgam Brewing, will hold January hours from 11 a.m. until 6 p.m. There will be eight beers on draft and food from El Taco Veloz food truck. A draft list and on-site/to-go bottle offerings have yet to be announced.

Briar Common Brewery + Eatery is celebrating Cinco de Enero by re-tapping Das Bueno, a German-style Mexican lager that first debuted last May. To celebrate its return, the brewery is throwing a party from 3 to 8 p.m., with food specials, giveaways and more.

River North Brewery will tap Single Cask Mr. Sandman: Gin Barrel at noon. The beer will also be available in bottles to go. In addition, the brewery will kick off its 2019 River Norther Society drive by taking new members for the year. For $99, membership includes one guaranteed bottle from the first six Single Cask releases of the year; $1 off each and every beer you drink in the taproom (once the 3400 Blake Street taproom opens, members will received this benefit at both locations); exclusive usage of members-only 22-ounce goblets (pour sizes still apply); an official membership card; and an invite to the annual River Norther holiday party.

Cellar West Artisan Ale, which moved from Boulder to Lafayette in December, will host a grand-opening celebration from 1 to 10 p.m. at its new location, 778 West Baseline Road. The shindig will also serve as its anniversary, so there will be food from Butcher & the Blonde and some special beer tappings. In addition, Cellar West has begun canning Owlsley's IPA and Yellow Elk, so you can take a few home.

Thursday, January 10
Call to Arms Brewing has joined forces with its craft-beer-aficionado friends from the band Pick & Howl to brew a new Black IPA featuring two Australian hops: Ella and Enigma. "Hop forward with fruit notes layered under heavy pine aromas," the beer has a "nice malt character with tons of coffee on the nose and some light chocolate present," Call to Arms says. It taps at 3 p.m., followed by a performance from Pick & Howl at 6 p.m.

Cerebral Brewing
Friday, January 11
Join Cerebral Brewing at noon for a triple can release. The first beer is Airplane Mode, a 6.8 percent ABV IPA. "The second of our In Flight series and new approach to our IPAs...brewed with even more oats and a touch of raw wheat then hopped with staggering amounts of Galaxy, Mosaic and Citra," Cerebral says. The second beer is DDH Action Potential, a 6.7 percent IPA brewed with oats, Citra and Galaxy hops. The final beer is Bird of Paradise — Pineapple, Peach & Tangerine, a 5.2 percent smoothie-style sour made with Lactobacillus and a clean American strain, then conditioned on lactose, pineapple, peach and tangerine.

The family behind Seedstock Brewery has been making a special imperial stout for the past twenty years, but only for their personal stash. This year, however, they decided to release it at the brewery. Seedstock Imperial Stout, at 9 percent, ABV, is "mysteriously black with a thick tan head. It has rich, roasted malt flavors of dark chocolate and dried fruit, and finishes dry and warm," the brewery says.

Avery Brewing will release a new year-round IPA called Hazyish IPA at the taproom at 11:30 a.m. This beer has been "on tap under a few different names and variations over the past year, but no matter the name, it's been a best seller," Avery says. "Hazyish is a juicy and hazy IPA with low bitterness, an expressive aroma of four different hop varieties (Amarillo, Azacca, Mosaic, and Simcoe), and a creamy mouthfeel." Buy a pint of Hazyish and keep the glass all day today. Buy a six-pack to take home and get an extra can free.

Irish Blessing Oak-Aged Coffee Stout returns for its annual run at Boulder Beer Company at 5 p.m. The brewery will give you your first pint free from 5 to 5:30 p.m., then there will be live music from Juice O' The Barley and a whiskey sampling from Tullamore Dew.

Saturday, January 19
Denver Beer Co. brings its two-day Beer, Bacon & Coffee Fest back to its location in Olde Town Arvada today and tomorrow from 8:30 to 11 a.m. "Come warm up and indulge all of your vices at...this early morning blast," the brewery says. "All that is required of you is to wake up, roll down to Denver Beer Co. and enjoy some of Denver’s best beer, bacon and coffee. Then go home and take a nap. Best day ever." Tickets are $40 on the brewery's website, and the event is expected to sell out beforehand. The price of admission includes a big breakfast burrito, unlimited coffee and bacon, a souvenir coffee mug and all the “breakfast inspired” brews you can drink in 2.5 hours.

Wednesday, January 23
The Post Brewing in Boulder hosts a four-course beer pairing dinner — and not just any dinner. This one features bison, an animal that is an integral part of Colorado's history. The Battle of the Brewmasters (Bison Edition) begins at 6 p.m. and includes a four-course meal showcasing three cuts of bison (bison short rib tamale, for example), each paired with a beer from both The Post and 4 Noses Brewing in Broomfield; brewmasters Nick Tedeschi (The Post) and Brandon Boldt (4 Noses) will host. Afterward, you can vote to see which pairings were the best. Tickets are $50 and available on eventbrite.com.
KEEP WESTWORD FREE... Since we started Westword, it has been defined as the free, independent voice of Denver, and we'd like to keep it that way. With local media under siege, it's more important than ever for us to rally support behind funding our local journalism. You can help by participating in our "I Support" program, allowing us to keep offering readers access to our incisive coverage of local news, food and culture with no paywalls.
Make a one-time donation today for as little as $1.