Los Lounge is now serving the T & T (tequila and tang) next door to the original Los Chingones on Larimer Street. Danielle Lirette
Troy Guard closed his dessert spot, Sugarmill, next door to Los Chingones at 2461 Larimer Street last year.  Apparently booze is a bigger draw than desserts in RiNo, because the space was converted into a bar, as an extension of Guard's taco joint. The new bar, Los Lounge, opened this week; it has a separate entrance, a small patio and late-night food service, with a sampling of Los Chingones favorites from 9 p.m. to 1 a.m. Tuesday through Sunday. There's room for about forty guests, with bar seating, a lounge area with comfy couches and chairs, and high-top tables. Guard is also working on opening a fourth Los Chingones in the metro area, aiming for a summer opening at Colorado Mills.

Here's our complete list of Denver restaurant and bar openings for the week of April 9 to 15, 2018, plus links to our original coverage.

Beer in a bag in a box.
Jonathan Shikes
"Ready for Sour Beers in a Box? Coming Saturday From Primitive Beer" 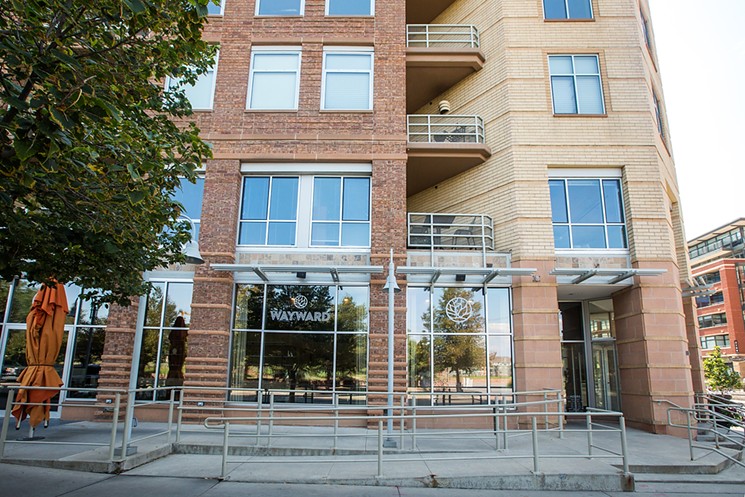 Ad Hominem is for the people.
Mark Antonation
"Ad Hominem Brings Lunch and Dinner to the People of the Golden Triangle"

Booze was the theme with this week's openings — chalk up two new breweries and a tequila bar. Expect more food next week, though, as the new Cherry Cricket will debut across the street from Coors Field on April 17, and Famous Original J's, a pizzeria from Joshua Pollack, owner of Rosenberg's Bagels, will sling its first pies on April 20.

If you've lost track of what's already come our way, here are all the bar and restaurant openings in March.

Did we miss any openings or closings this week? Let us know what you've spotted in a comment, or in an email to [email protected].
KEEP WESTWORD FREE... Since we started Westword, it has been defined as the free, independent voice of Denver, and we'd like to keep it that way. With local media under siege, it's more important than ever for us to rally support behind funding our local journalism. You can help by participating in our "I Support" program, allowing us to keep offering readers access to our incisive coverage of local news, food and culture with no paywalls.
Make a one-time donation today for as little as $1.