Reader: How Many Taco Joints Does Denver Need? 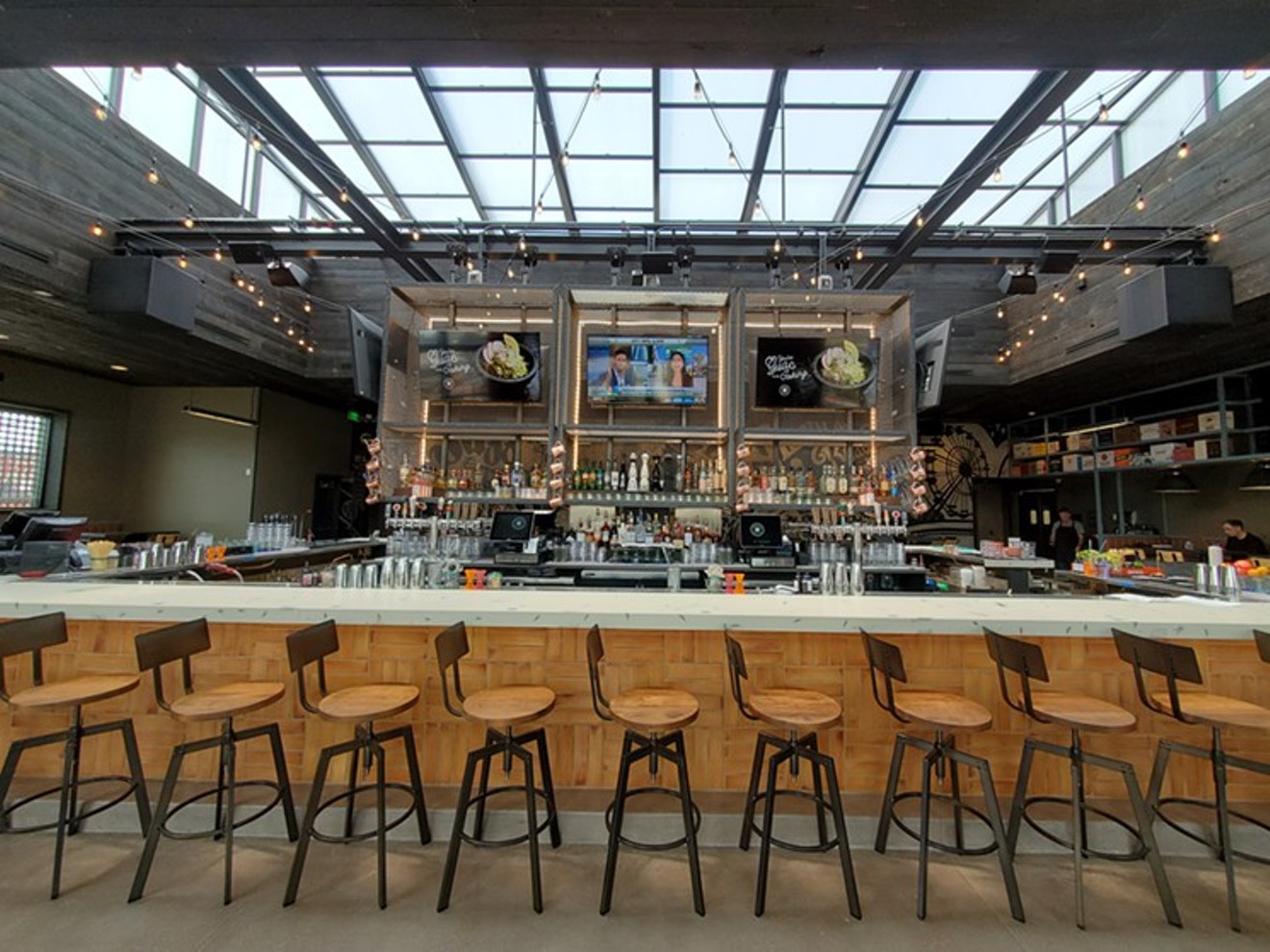 Looking for a spot to shoot tequila out of a glass made of ice? Molly Martin
Another link in an out-of-state chain opened in RiNo this week: Federales, at 2901 Larimer Street. The concept got its start in Chicago's West Loop in 2016, and while this is the first outpost outside of the Windy City, there are plans to open a Dallas location in 2022.

In the meantime, while Larimer Street already has plenty of taco joints, this is the only one that will serve shots of tequila in glasses made of ice — which you throw at a bell when they're empty.

The Ring the Bell gimmick, along with several other Federales features, rang the chimes of more than a few readers, as evidenced by their comments posted on the Westword Facebook page. Says Charity:

How many fucking taco places does Denver need?!? RiNo is turning into douchebag central.

I went to the original with a client in Chitown, awesome place.

Can’t wait to see how many wooks rep the blazingly mediocre Chicago establishment known as Federales in Denver. Hilarious that this is a big deal.

Gotta check this place out.

Is this the epitome of “gentrification?” White people from Chicago opening a tequila and tacos joint with a questionable name which was given by a dude who went to Mexico once? Drunk people with shot glasses made of ice they are supposed to throw, inspired by a bunch of drunk white people on vacation? What could possibly go wrong?

People building a business based on life experiences they’d love to recreate and offer to others — what is questionable about Federales? Hardly appropriation or gentrification putting it in the established RiNo. We get it that you're virtue signaling...Is the food good? Are the drinks good? Atmosphere/experience? Let’s base judgment on that.


I almost gagged reading it. The caucasity of it all. Just like they ignored the impact of the Mexican in Chicago's rich history, they are utterly clueless of it here on the east side of Denver. But them new Denver kids will eat it up. I say let them throw ice shot glasses at each other all day and night.

And see Molly Martin's take on Federales here.
KEEP WESTWORD FREE... Since we started Westword, it has been defined as the free, independent voice of Denver, and we'd like to keep it that way. With local media under siege, it's more important than ever for us to rally support behind funding our local journalism. You can help by participating in our "I Support" program, allowing us to keep offering readers access to our incisive coverage of local news, food and culture with no paywalls.
Make a one-time donation today for as little as $1.