All The Restaurant and Bar Openings and Closings This Week 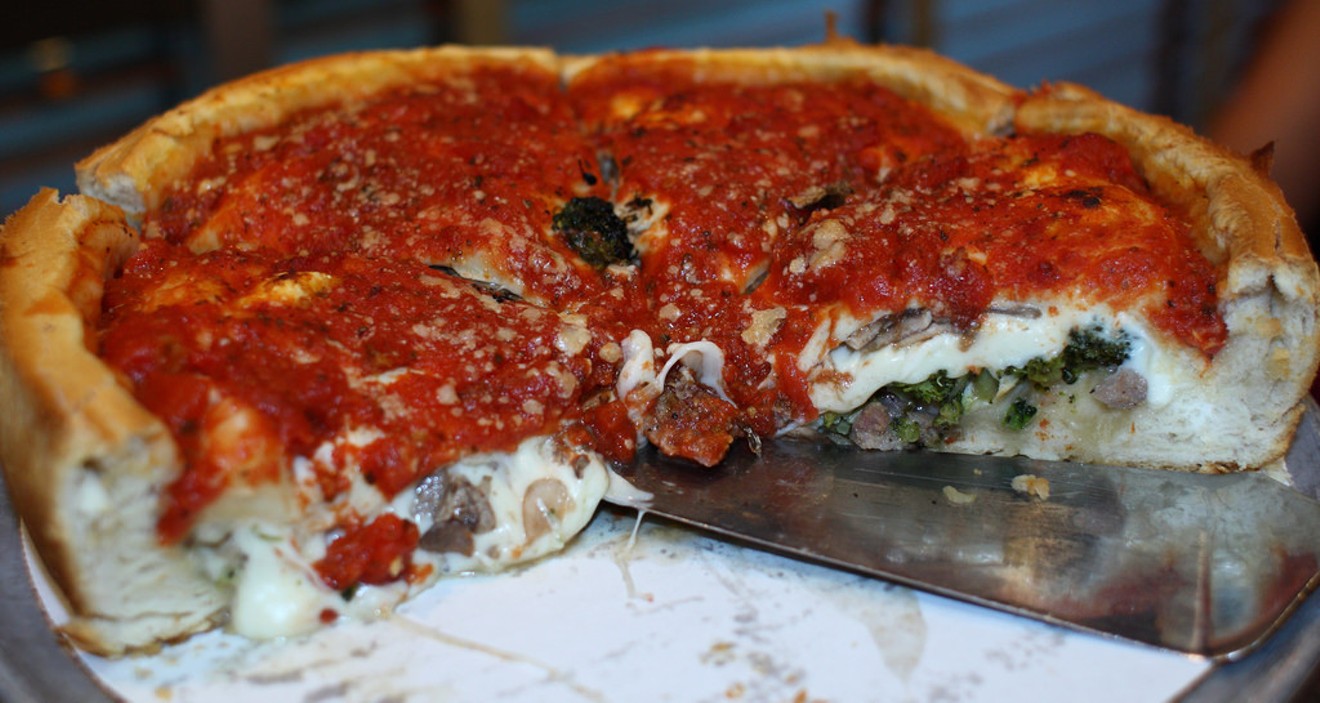 Chicago-style pizza from Giordano's sparks many pizza arguments. We suggest just eating it. Flickr/A Gude
Fontana Sushi has been a neighborhood staple in West Washington Park since it opened at 534 East Alameda Avenue in 1999. Now, nearly twenty years later, the eatery has added a second sushi bar: Fontana recently took over the former home of Uoki at 701 East Sixth Avenue (which had held Seoul Food before that), just a mile and a half from the original restaurant. Now Fontana fans have two choices when it comes to satisfying their sushi cravings.

Here's our complete list of bar and restaurant openings and closings for the week of November 26 through December 2, 2018, plus links to recent and upcoming opening and closing stories. We keep track of all the openings and closings throughout the year so that come the end of December, we can round up the action, letting you know what we lost, what we gained, and sharing our thoughts on the best of the newcomers.

We just served up our list of the best new places for cheap eats that opened in 2018. We'll also soon offer our choices for the best new bars and the best new restaurants of the year.

Midway through 2018, we also assessed the scene, giving our picks for the best restaurants and best bars that had opened from January though June. Which ones will hold up to the competition in the second half of the year? Find out in the coming weeks.

Have you noticed any restaurant openings or closings that aren't on our list? Let us know in the comments or send an email to [email protected].
KEEP WESTWORD FREE... Since we started Westword, it has been defined as the free, independent voice of Denver, and we'd like to keep it that way. With local media under siege, it's more important than ever for us to rally support behind funding our local journalism. You can help by participating in our "I Support" program, allowing us to keep offering readers access to our incisive coverage of local news, food and culture with no paywalls.
Make a one-time donation today for as little as $1.