Every Restaurant Opening and Closing This Week, January 15-21 Molly Martin
One of Denver's best barbecue restaurants closed after Owlbear served its last slices of Texas-style brisket on Saturday. According to owner Karl Fallenius, rising food costs that put a financial strain on the business was the main driver of the decision to shut down. Following the temporary closure of Wayne's Smoke Shack in Superior, which was heavily damaged in the Marshall fire (the owner's home was also destroyed), the local barbecue scene has taken some big hits in 2022. And we're not even a month into the new year!

But while other eateries like Grind Kitchen + Watering Hole in Cherry Creek and Brightmarten in the Bonnie Brae neighborhood also shuttered this week, there are also seven openings to report.

Colorado's eighth Shake Shack started slinging burgers in Greenwood Village. This location is the first in the state to have a drive-up pick-up window, so you can place an order ahead of time and grab it without having to leave your car. And the drive-thru Shack in Colorado is expected to open in Castle Rock this spring.

The Overland neighborhood once again has a brewery in the former Declaration space. Ratio Beerworks opened its new brewing facility and second taproom on January 21 — despite the fact that the project isn't completely finished yet (a move we think is kinda punk rock). And a bit farther south, a longtime industry vet opened Fellow Traveler, a bar serving a menu of vegan food from chef Ross Pullen, who gained a following with his vegan barbecue concept JackBeQue.

Across town, Amira Grill, which serves Lebanese cuisine, moved a couple of blocks down South Colorado Boulevard. The counter-service spot serves shawarma sandwiches on thin housemade pita, along with a selection of plates and appetizers, but the pizza-like manaeesh that were available at its prior incarnation are MIA. 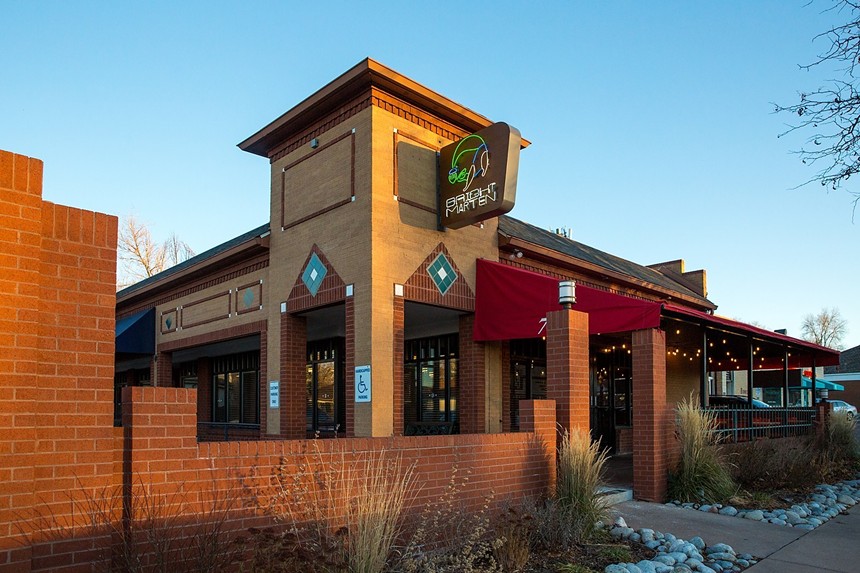