Every Restaurant Opening and Closing This Week, November 19-25 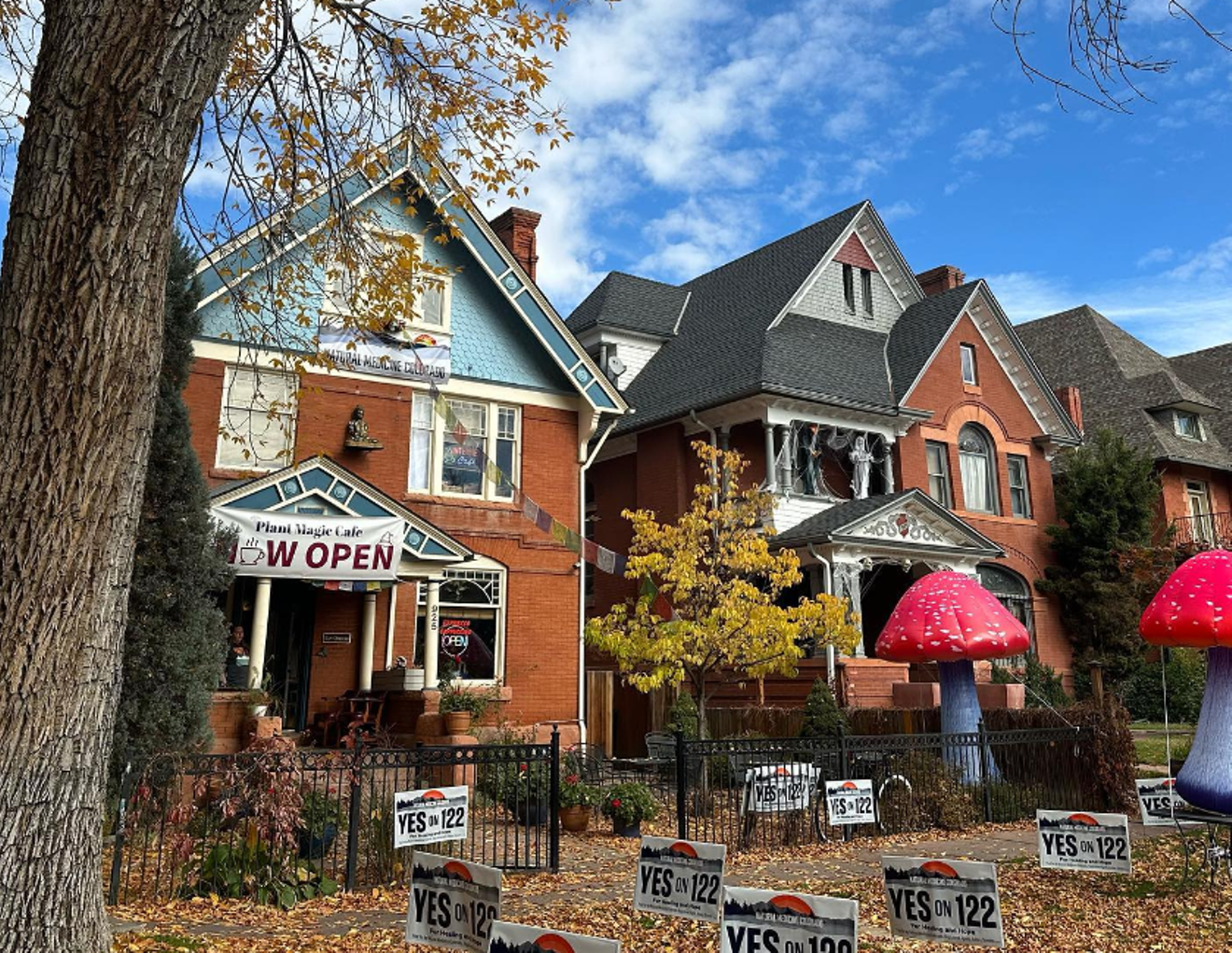 Plant Magic offers mushroom and adaptogenic coffees. Plant Magic Cafe/Instagram
The holiday week brought a slowdown in the business action on the local bar and restaurant scene (people were too busy eating), with no closures to report and just a handful of openings, three of which are coffee shops.

The Bardo Coffee House, which is known for staying open until midnight, added a third outpost in Lakewood. Its hours there are limited to 7 a.m. to 3 p.m. as it staffs up, but that will change soon. Huckleberry Roasters has expanded as well, opening its fourth location in the former home of Sugar Bakeshop on Broadway.

And there's a brand-new place to grab a cup of joe and more. In Uptown, two giant mushrooms sit outside of Plant Magic Cafe, which offers a variety of tea and coffee drinks including mushroom and adaptogenic coffees in a space filled with medicinal plants, crystals and art. Food options are also available.

If boba is your drink of choice, head to Kuluka Boba + Sweets, which is now serving a wide variety of beverages along with mochi doughnuts in Westminster.

In Englewood, Jaime's Mexican Restaurant has opened its second outpost in the location that was most recently home to Acres, which shuttered earlier this year. The original Jaime's is located in Harvey Park.

Esters, the neighborhood pub with locations in Virginia Village and Oneida Park in Park Hill, has also expanded. It's now serving beer, cocktails, pizza, salads and sandwiches at Gold's Marketplace in Wheat Ridge.

In other openings and closings news:

Here's the complete list of restaurants and bars opening this week: