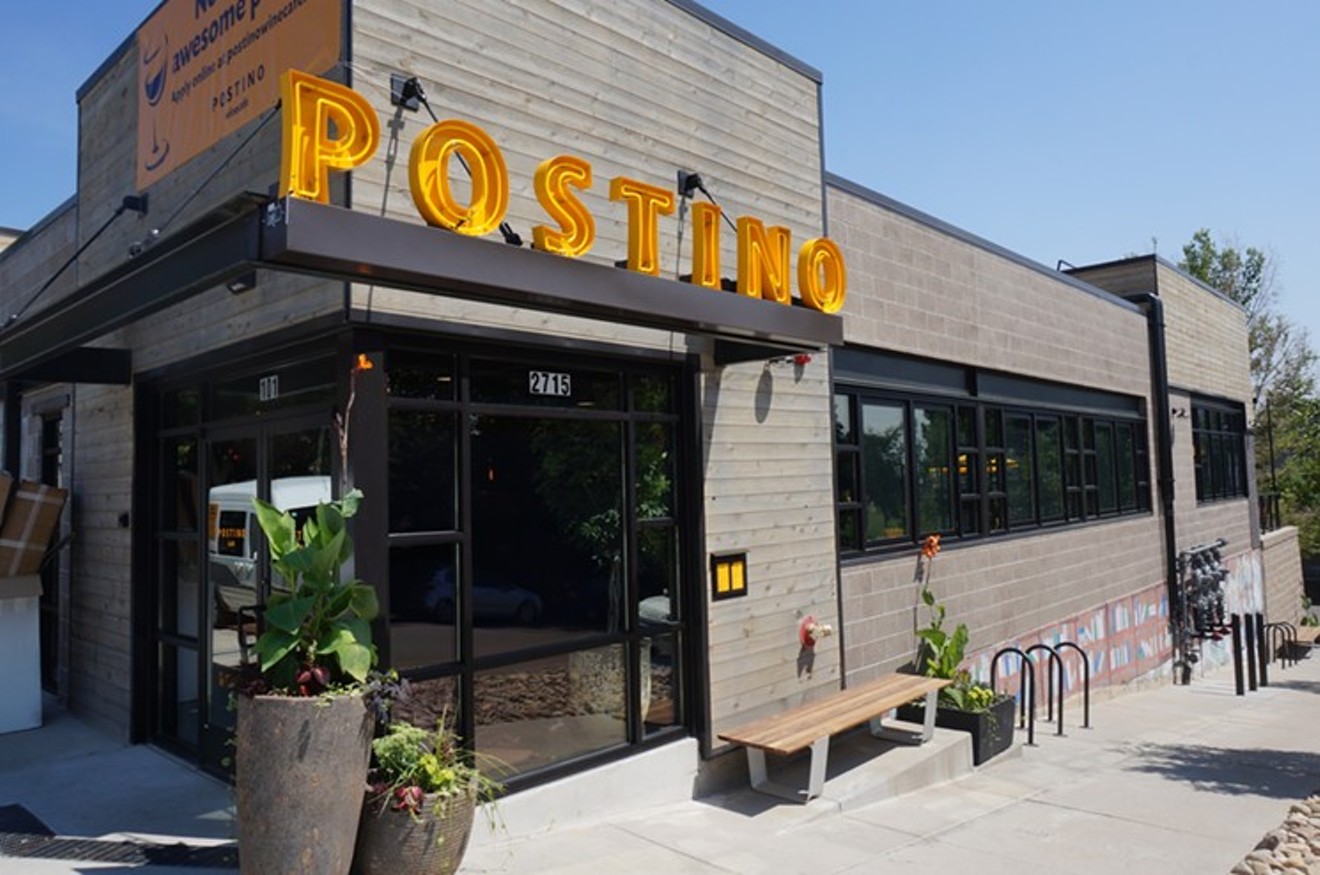 Denver's first Postino took over an old bookbinding business. Mark Antonation
Compound Basix, one of Denver's longest-running gay bars, held down the corner space at 145 Broadway for 25 years. But on October 28, the owners of Compound Basix and its building sold the property for just over $3 million. The address won't remain vacant for long; renovations are already in the works to turn this spot into Denver's second outpost of Phoenix-based Postino WineCafe, which currently has eight locations divided between Arizona, Texas and Colorado.

Money talks, and readers have been talking plenty about this deal.

Three mil is quite an investment. I hope they can turn a profit on that. That bar back in the day, though!

The Compound had some good drinks but overall was pretty dingy. That building badly needed a renovation.

Well, there goes the stiffest cranberry vodka for $3 I've ever had ....

Can think of a lot of things I could do with that $$$! And their drinks were no joke! Never heard of Postino, but down to check it out when it opens.

It better be the best fucking panini I ever put in my mouth for 11 dollars (?).

Keep reading for more on Postino.

The building at 145 Broadway dates back to 1895 and was once a bakery before seeing a long string of bars take over. Postino, which made its Denver debut at 2715 17th Street three years ago, plans to restore some of the space's original features, including brick walls and street-facing windows (which were covered over long ago).

Like its LoHi sibling, Postino Broadway will specialize in bruschetta, panini, soups and salads, along with reasonably priced wines by the glass and bottle (many exclusive to the company) and craft beers. The same special that offers $5 glasses of wine and pitchers of beer from 11 a.m. to 5 p.m. daily in LoHi will be repeated on Broadway.

Did you go to the Compound? What do you think about the deal that will turn it into another Postino? Post a comment or email [email protected]
KEEP WESTWORD FREE... Since we started Westword, it has been defined as the free, independent voice of Denver, and we'd like to keep it that way. With local media under siege, it's more important than ever for us to rally support behind funding our local journalism. You can help by participating in our "I Support" program, allowing us to keep offering readers access to our incisive coverage of local news, food and culture with no paywalls.
Make a one-time donation today for as little as $1.