Collaboration Fest returns for its fifth year of beery good times. Danielle Lirette
Time is marching on — into March — and the state's breweries are just upping their game each month. As spring approaches, you can find a pair of major festivals, including Collaboration Fest — which has become the state's defining event — along with some smaller mini-fests at a handful of great breweries. There are also anniversary celebrations, a collaboration between two of Colorado's most sought-after beer makers, and a beer-and-snow party that's like nothing else. So make sure you've got your calendar cleared. Here are the ten best craft-beer events in March. For many more, check out our weekly Beer Calendar, which goes online every Wednesday. 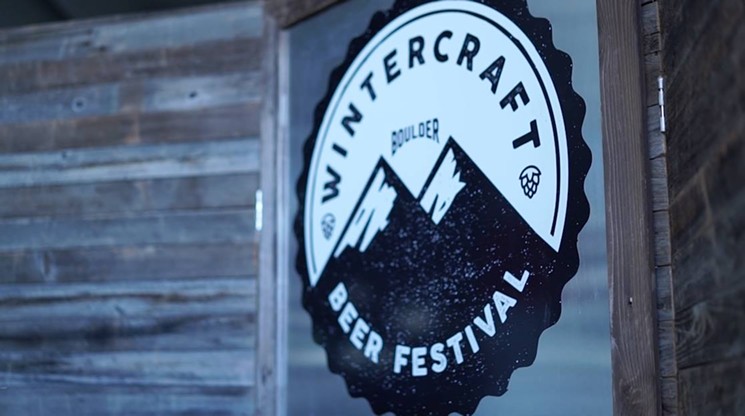 Winter Craft Festival
Saturday, March 3
Winter Craft Beer Festival
29th Street Mall, Boulder
Now in its fourth year, Boulder's Winter Craft Beer Festival returns to the 29th Street Mall in Boulder (in the covered and heated portion of the underground parking structure) from 1 to 5 p.m., with beers from more than fifty breweries and cider makers, most of them local. And this time around, the festival's organizers made a point of only inviting independently owned breweries. Tickets are $45 at the fest's website, and some proceeds will go to support the nonprofit Community Cycles. “The world of craft has become murky and confusing. So we will only be inviting independent brewers to this year’s fest," says co-founder Ross Bowdey. "We don’t care how big the brewery is or where they come from, but we want to help the independent brewers continue to grow." 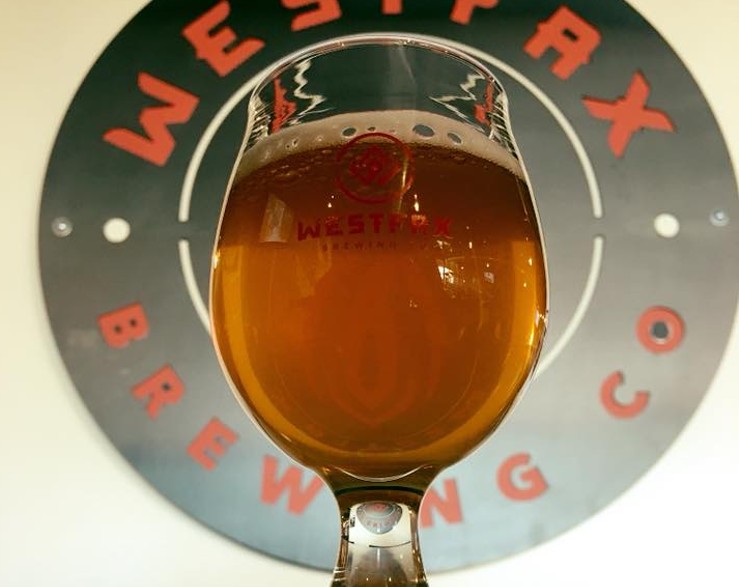 Westfax Brewing
Friday, March 9, and Saturday, March 10
Westfax Second Anniversary
Westfax Brewing, Lakewood
Westfax Brewing, which makes its home right next to Casa Bonita in Lakewood's art district, will celebrate its two-year anniversary with events starting at 2 p.m. and lasting through Saturday. The first is the release of Concussion Protocol, a Belgian-style quadrupel. It is also the two-year anniversary of the Sha-WING Food Truck, which will be on hand Friday and hosting a wing-eating contest at 7 p.m. The contest is $10 to enter, and there will be a maximum of ten participants; the winner will receive gift cards and free beer. Then on Saturday, Westfax will tap a new beer every two hours. The first up is Double Urban Lumberjack New England-Style IPA at 2 p.m., followed by Double Dry Hopped Urban Lumberjack at 4 p.m., and Blood Orange 40 West IPA at 6 p.m. The brewery will also pour its rare Blueberry Sour, Funk Blooty for $12 each, which includes a special anniversary glass, in limited quantities. Vendors include Crisp Barber Shop offering hot shaves and beard trims, Goorin Brothers Hat Shop and the Comida food truck.

Wynkoop Brewing
Saturday, March 10
Day of Dorks
Wynkoop Brewing
The Wynkoop's annual Day of Dorks returns from noon to 4 p.m. to celebrate nerdiness and dorkiness with some of the geekiest beers around. "Teaming up with over thirty breweries, we'll be pouring up some of the geekiest and whitewhaley craft brew in all the land," the brewery says, including Beryl's, Black Bottle, Black Bottle, Blind Faith, Chain Reaction, Diebolt, Elevation, Firestone Walker, Great Divide, Horse & Dragon, Intrepid Sojourner, Odyssey Beerwerks, Renegade, Ska, Spice Trade, Verboten and Westbound & Down. Nerd attire is suggested but not required. The Wynkoop will be collecting pens, pencils, notebooks and other supplies for local schools. Tickets, $30, are available at eventbrite.com, and include a glass and snacks, along with unlimited pours. "To miss out would be highly illogical," the brewery says. 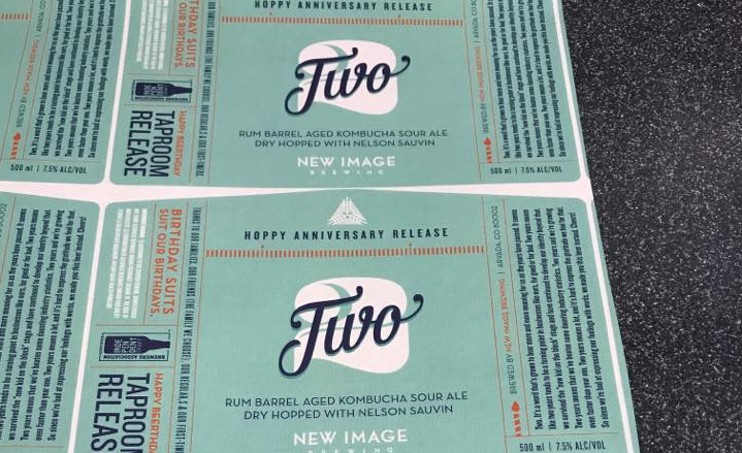 New Image Brewing
Saturday, March 10
Second Anniversary Birthday
New Image Brewing, Arvada
To celebrate its second anniversary, New Image Brewing will release three special beers. The first is One More Time, a double-dry-hopped IPA with Citra, Mosaic and Columbus. Next up is Galaxy Double Dry Hopped East Coast Transplant, an even more absurd version of the beer New Image is most known for. And finally, there's Two, the official second-anniversary beer and the brewery's first-ever barrel-aged bottle release. Two is a rum-barrel-aged version of Dyad Kombucha Sour Ale that was dry-hopped with Nelson Sauvin. The beer has been aging for more than a year. For the party, New Image will have live music from three bands from 1 to 9 p.m.

Jonathan Shikes
Friday, March 23, through Sunday, March 25
Weldwerks Third Anniversary Weekend
Weldwerks Brewing, Greeley
Based on its popularity near and far, it's hard to believe that Weldwerks Brewing is only three years old, but the brewery will celebrate that birthday with a three-day party starting each day at 11 a.m. There will be food trucks each day, along with a photo booth and daily tours. As for beers, there will be fifteen different rare or exclusive brews tapped over the course of the weekend, including five Medianoche variants. More details are TBA.

Comrade Brewing
Saturday, March 24
2 of Amerikaz Most Wanted Release
Comrade Brewing
Comrade Brewing and Casey Brewing and Blending are certainly two of Colorado's most wanted — which is why this collaboration is likely to be in high demand. The 7 percent ABV beer, named for the Tupac and Snoop Dogg tune, is a modified version of Comrade's highly regarded Superpower IPA  that was aged in oak barrels with Colorado peaches and Casey's mixed-culture yeast strain and then dry-hopped. There will be three different versions on tap starting at 11 a.m. and one for sale in bottles (limit of two per person). Like Tupac and Snoop Dogg, this beer is West Coast forever; quantities are very limited and the beer will not see distribution outside the brewery.

Left Hand Brewing
Saturday, March 24, and Sunday, March 25
Hops + Handrails: Beer Fest & Rail Jam
Roosevelt Park, Longmont
The Hops + Handrails Beer Fest & Rail Jam returns to Longmont's Roosevelt Park for its sixth year, and this time, Left Hand Brewing is taking things up a notch with two days of samplings, live music and spring snow. Day one, from noon to 6 p.m., will feature a forty-foot-high, four-story snowboard ramp where riders will compete in a rail jam. "Skiers and boarders will throw down big air and their gnarliest tricks on the ramp, trick rails and keg wall in men’s and women’s categories," the brewery says. Guests will enjoy unlimited samplings of beer from more than 55 craft breweries, and later, music from Karl Denson's Tiny Universe. Day two, from noon to 4 p.m., will be a more family-focused "winter wonderland," with a hill for sledding and tubing. For the first time, entry for kids twelve and under is free. There will also be boards and instructors on site for the kids. Basic tickets to the beer fest and events are $40 each day on the brewery's website, but there are also various two-day packages. Proceeds will benefit the Left Hand Brewing Foundation and SOS Outreach.

Danielle Lirette
Saturday, March 31
Collaboration Fest
Hyatt Regency Denver
Colorado's marquis festival, Collaboration Fest, returns for its fifth year with more than 100 unusual or one-off collaborative beers from 150 breweries all over the state. Most Colorado breweries partnered with each other, but some teamed up with beer makers in other states or even other countries. The unique, can't-miss event, part of Colorado Craft Beer Week, is hosted by the Colorado Brewers Guild and Two Parts. General admission tickets are $65 and include all the beer you can drink from 4 to 7 p.m.; VIP tix are $85 and get you in an hour early, at 3 p.m. For tickets and to see the entire list of collaborations, go to collaborationfest.com.