Fermaentra Brewing is one of three breweries celebrating a third anniversary on Saturday, November 11. Fermaentra Brewing
Wait, what? I could swear it was just the middle of summer and I was drinking juicy IPAs. But, no, we've blazed right through pumpkin-beer season, fresh hops and Oktoberfest, landing squarely in the realm of dark beers: winter, that is. But November may be one of the best months for beer drinking because of the rich, brooding brews that are typically released at this time of year. You'll find plenty of those below, along with several brewery anniversary parties, which are always a good time. Here are your ten best beer events for November. 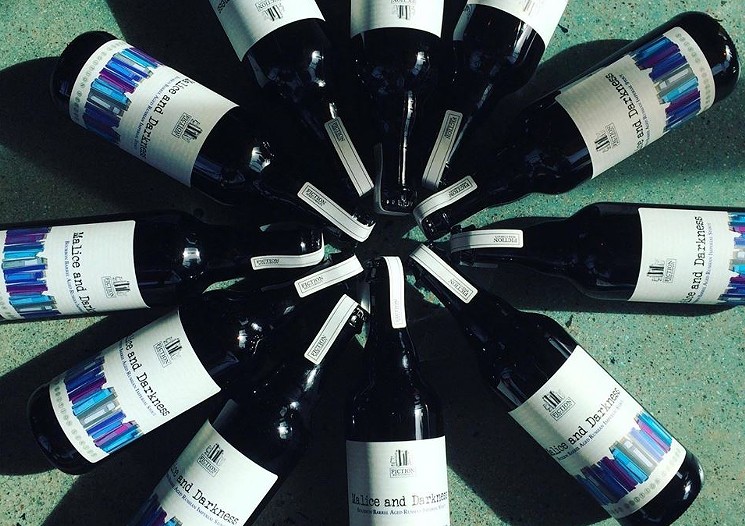 Fiction Beer Company
Saturday, November 4
Descent Into Darkness
Fiction Beer Company
Join Fiction Beer Company for its Descent Into Darkness and mac ’n' cheese cook-off, beginning at 5 p.m. "To celebrate (or cope with) the coming of darkness, we are tapping ten of our dark beers simultaneously," the brewery says about the impending clock change. The beer list includes: Barrel Aged Feely Effects, Barrel Aged Malice and Darkness, Malice and Darkness Feely Effects, Wintry Emblem (2016), Ye Who Enter Here, This Is Not an Exit, Alternate Present (2016 GABF medal Winner), Paperback Writer and Deep Roots. There will also be a very limited number of 2015 Wintry Emblem bomber bottles for purchase. As for the mac ’n' cheese contest, "Cook your best darn homemade mac ’n' cheese recipe to be judged and shared with the taproom," where official judges will be on site "meting out badges of glory," Fiction says. Eventbrite registration is encouraged for mac ’n' cheese cook-off participants. 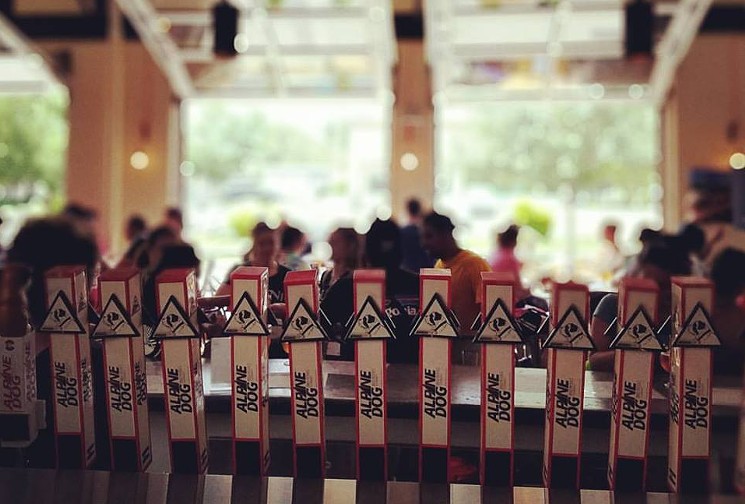 Alpine Dog Brewing
Saturday, November 11
Three Third-Anniversary Parties
Alpine Dog Brewing, Fermaentra Brewing, Locavore Beerworks
Three different Denver-area breweries celebrate their third anniversaries today, something they are all aware of, which is why the breweries teamed up on a collaboration beer — the 11.5 percent Mama Had Triplets Triple IPA — which will be available today at all three breweries (it will also be tapped November 18 at First Draft Taproom & Kitchen). You can pick one or all three of the parties going on today. Alpine Dog celebrates by releasing bombers of its second-anniversary beer, Wild BA Imperial Stout, followed by this year's anniversary beer at noon. That one is an IPA brewed with Simcoe and Mosaic hops and fermented with wild Brettanomyces yeast. Then, at 6 p.m., Alpine Dog releases Bourbon Barrel Aged Old Liquid Debauchery Barley Wine. MGJ's Burgers Food Truck will be there all day (the brewery also has events on Friday and Sunday). Fermaentra Brewing will have food trucks, merchandise giveaways and commemorative glassware (for the first 100 people), as well as some crazy beers. They include MMXVII Anniversary Barrel Blend bottle release; Galaxy DDH Peasant Magic IPA Crowler release; and a firkin and other barrel-aged beers. And finally, Locavore Beer Works in Littleton will commemorate its third birthday with a big party featuring live music (The Dollhouse Thieves, The Eric Dorn Trio, and Turkeyfoot), food, giveaways, and several barrel-aged beers and bottle releases. Beer tappings include Black Pearl Barrel Aged Imperial Porter; The Vig Barrel Aged Russian Imperial Stout; Cherry Hammer Barrel Aged Cherry Brown Ale; Fifi Barrel Aged Saison; Edwards Wee Demise Barrel Aged Scottish Wee Heavy; Quadricorn Belgian Quadruppel; and, of course, Mama Had Triplets Triple IPA.

Baere Brewing
Saturday, November 11
Palisade Peach Table Sour/Real Dill Green Chile Sauce Release
Baere Brewing
"If you've been in the Baere taproom often enough, you've likely heard us talk about both our love for hot sauce and our love for Palisade Peach Table Sour. Now we finally have the chance to party with both of these glorious things at the same time," Baere Brewing says about its hot sauce release with the Real Dill. "We met the Dillionaires of the Real Dill not long after we opened and spared no time diving into a fermentation/pickling/hot sauce nerd fest of a conversation. We dreamed of one day co-creating a hot sauce using Baere-liner Weisse as the majority of the souring liquids. We gave them as much beer as they wanted and they hit the kitchen running. After a few different pilot batches, they did what they always do, and created the ultimate Green Chile Hot Sauce with just the right amount of heat to pour all over anything and everything you can imagine." To go with it, Baere will release bottles of its Palisade Peach Table Sour, made with more peaches. There will also be some on tap. The chile sauce sells for $12 per sixteen-ounce bottle. The beer goes for $14 for a 750-ml bottle.

They're pumping out barrel-aged beers at Oskar Blues.
Oskar Blues
Saturday, November 11
Barrel-Aged Ten Fidy
Oskar Blues, Longmont
Oskar Blues brings back its popular but rare Barrel-Aged Ten Fidy and Java Barrel-Aged Ten Fidy (both at 12.9 percent ABV) with a release party at the Oak Room, located on the northwest side of the brewery in Longmont. To make the beer, Oskar Blues aged its Ten FIDY Imperial Stout in a blend of Buffalo Trace and Heaven Hill bourbon barrels for at least eight months. The Java version was mixed with Oskar Blues-owned Hotbox Roasters cold brew made with a blend of Mexican and Brazilian beans; it will only be available in the taproom for one day. Sales of the 19.2-ounce cans begin at 10 a.m., "though we have a feeling that a line might begin to form earlier, so we’ll start giving out numbered wristbands at 9:30," the brewery says. "These wristbands will allow you to walk around and not worry about losing your place in line. To ease the pain of the wee hours, we’ll have CyclHOPS Bike Cantina slingin' breakfast burritos. Did we mention there’d be coffee? Hotbox Roasters will be on scene." For details on limits, the importance of the wristbands and other info, go to the Oskar Blues Facebook page. Both beers will be on draft in limited quantities — and the regular BA Ten Fidy will soon hit select liquor stores in Colorado and across the country.