All week, Native Americans have been protesting President Donald Trump's position on the controversial North Dakota pipeline. Now, in solidarity with this morning's Rise With Standing Rock Native Nations March in Washington, D.C., there will be a Native Nations March on Denver.

The march will start at 4 p.m. at Sunken Gardens Park, 1099 Speer Boulevard, then head to the Colorado State Capitol for a rally; afterward, participants are invited to join Cafe Cultura at the Denver City Parish, 1212 Mariposa Street. 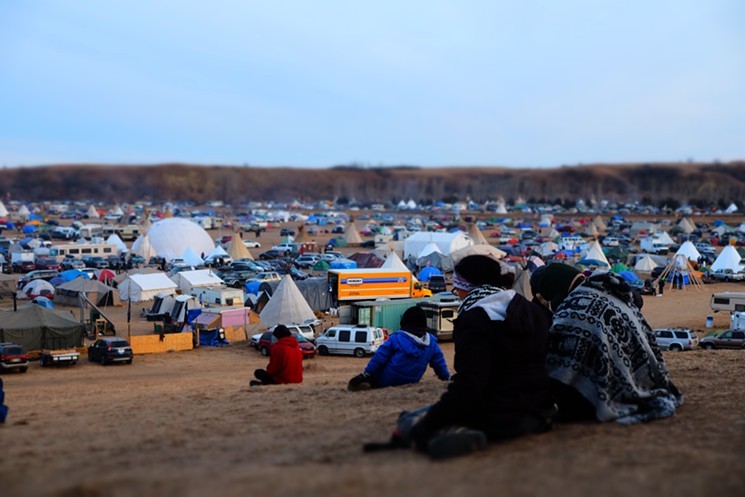