Black Girl Magic Is the Theme of This Debut Play 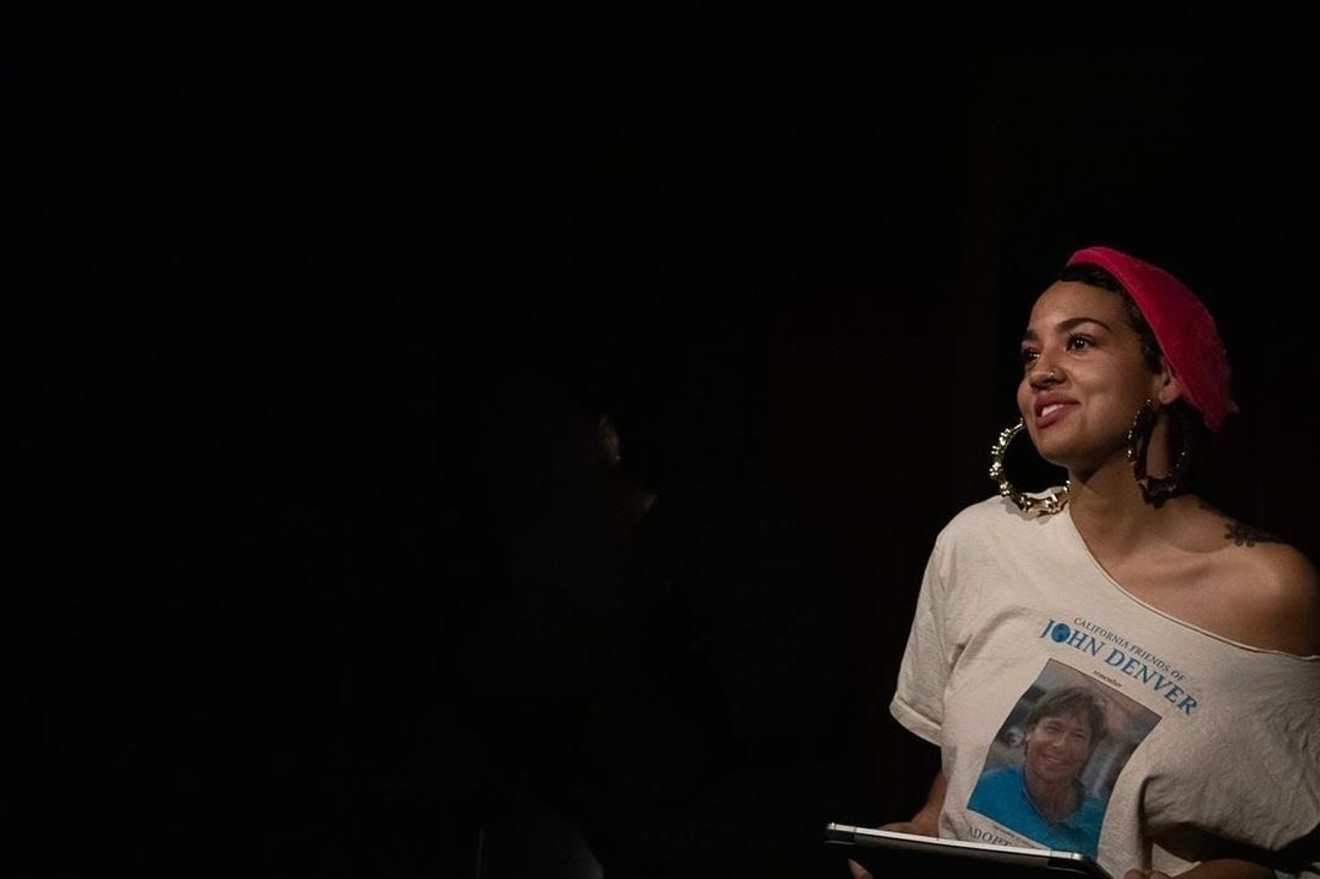 Thomas, a graduate of Spelman College, moved back to her hometown of Denver in 2019 with a bachelor’s degree in comparative women’s studies. After two years of working at various nonprofit jobs, Thomas landed a role that aligned perfectly with her values. She would spend the next year working at Girls Inc. of Metro Denver, a nonprofit advocating for Black and brown girls to be smart, strong and bold through mentorships. That mission ended up inspiring Thomas to take the leap of faith and pursue her own ambitions and write a play.

“I wrote a passionate letter saying I was thankful for the opportunity to work, but I was going to chase my own dreams,” Thomas recalls.

In June 2021 she quit her job, telling her boss that she would donate a percentage of her play's ticket proceeds to Girls Inc. She took on some more flexible gigs as a barista and server that allowed her time to write The Noir Door, which she finished that same month. That October, she invited a few friends over to her 270-square-foot apartment. “I asked if they could humor me and read a play script,” Thomas recalls.

With the help of her community, Thomas was able to raise $12,000 for the play, and she was later introduced to Mattise Mcknight, the theater manager at Cleo Parker Robinson, who allowed her to rent out the theater at a scholarship rate. “This was my dream location for the play,” Thomas says.

Within the first vignettes of the play, Thomas invites the audience to travel to a whole other dimension where Black men and women are witches who, despite being mythological, are still going through what young Black people in America face every single day. The inspiration for the play comes from Thomas’s understanding of Blackness, she says.

“The skit with the witches comes from the statement ‘Black girl magic,’” she explains. “I know a lot of Black women in my life who are witches. They don’t call themselves that, but they are to me.”

Thomas hopes her play will champion Black imagination in our everyday lives. “We focus a lot on what has happened rather than what-ifs," she says. ... "I want people to smile and realize all the parts of the play they know to be fictional are actually real, just hidden."

The Noir Door, 7 p.m., Friday, April 15, and Saturday, April 16, Cleo Parker Robinson Dance, 119 Park Avenue West. Tickets are $30.
KEEP WESTWORD FREE... Since we started Westword, it has been defined as the free, independent voice of Denver, and we'd like to keep it that way. With local media under siege, it's more important than ever for us to rally support behind funding our local journalism. You can help by participating in our "I Support" program, allowing us to keep offering readers access to our incisive coverage of local news, food and culture with no paywalls.
Make a one-time donation today for as little as $1.