What's So Scary About Colorado? These Six Authors Have the Answer.

Steve Johnson
Denver's Riverside Cemetery is one of the Colorado haunts that send shivers up spines.
Horror seems to be baked into Colorado’s bones. Maybe it goes back to the cannibalistic actions of Alfred Packer, the antics of the Headless Hatchet Woman of Red Rocks, the headstones under the soil at Cheesman Park. Or it could be housed in all the haunted lodging available: the Hotel Colorado in  Glenwood, the Brown Palace in Denver, the Stanley Hotel in Estes Park. Or maybe it’s just the mysteries of the mountains, more than the cold getting into our jackets and under our skin.

Whatever the reasons for Colorado's horrifying reputation, if you want evidence of this state's connection to the macabre, you need look no further than the four — count ’em, four—horror-related festivals this fall alone. The Colorado Festival of Horror scared up a crowd just a few weeks back; the Mile High Horror Film Festival went online last week for its 2021 fest, which ends October 13; the Telluride Horror Show showcases the spooks October 15 through 17; and BruceFest, a horror-focused celebration of the good and gory works of actor Bruce “Evil Dead” Campbell, is getting groovy at the super-haunted Stanley from November 12 to 14.

Even horror master Stephen King has sort of adopted Colorado as his second home — a distant second, granted, after his home state of Maine. He lived in Boulder for a very short time, famously wrote The Shining after staying at the Stanley Hotel (though he was only there one night and reportedly didn’t go nuts with an ax). His books The Stand and Misery are also set in Colorado, and his Shining followup, Dr. Sleep, has its conclusive showdown here, too.

And King certainly isn't the only horror author writing in and about Colorado. We reached out to some of our favorite local purveyors of the genre to ask about how our shared and spooky state plays into their fiction —and their fears.

"Colorado is a destination of choice for river rafting, mountain climbing, winter sports and, of course, recreational cannabis. No wonder people flock here for vacation. With so much wonderfulness, what a great venue for horror. Remember, the brightest light casts the darkest shadow," says Acevedo, author of The Nymphos of Rocky Flats.

"From the earliest days, Colorado has seen its share of gruesome massacres. The very first airliner blown out of the sky took off from Denver and crashed near Longmont. William Lee Neal duct-taped his victims to a chair and slaughtered them with a maul so violently that a survivor said the blood sloshed out of their brain pans. Compared with such true acts of depraved inhumanity, it seems that life has outdone the most wicked schemes slithering from our literary imaginations. We Colorado horror writers have our work cut out if we want to shock our readers. And I’m proud to say, given the chance, we do succeed." 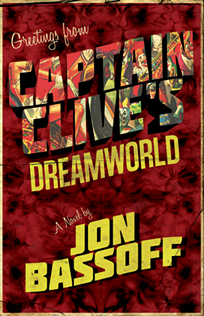 Jon Bassoff
"A few years back, I spent an afternoon wandering around the mountain town of Ward, snapping photos and looking for some type of creative inspiration. If you’ve never been there, what can I say? It’s a strange little place. Abandoned cars from the ’70s and ’80s provide a makeshift blockade at the town’s entrance, stray dogs howl and wander through the dirt roads, and every street seems to have a “Wrong Way” sign on either side. My dream town, really.
Anyway, as I finished up my research, or whatever the hell I was doing, this old man with a thick white beard appeared out of nowhere. In his left hand, he held a leather-bound book — I’m pretty sure it was a Bible. In his right hand, he held a rifle. He looked at me, shook his head, and in a raspy voice said, “Fear the Lord.” Then he returned from wherever he’d come from. I figured there was a story to be told….," recalls Jon Bassoff, author of Captain Clive's Dreamworld.

"When most people think of Colorado, they think of snowcapped mountains and gorgeous panoramas. They think of skiers and hikers and runners. Maybe a vegan driving a Subaru. Not me. I think of abandoned mining cabins and desolate farmhouses and dilapidated gas stations. I think about wounded and violent people hiding in mountain forests and small rural towns. You can find horror anywhere. I find plenty of it in Colorado." 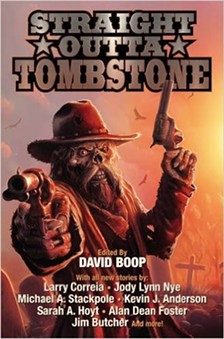 "Sometimes it seems difficult to reconcile the beauty of Colorado with the ugly truth of its past. Or to say we have all these days of sunshine, but also these stories of shadows and darkness. Which is real Colorado, or can there really be two truths?" wonders David Boop, author of Straight Outta Tombstone.

"Horror writers often have to peel back the facade of the perfect world to show the not-so-silver lining beneath. Colorado is a great example of that. While we’ve become a progressive city, Denver’s history is filled with ghosts, both in a literal and figurative sense. If you’ve never taken a walking tour of LoDo, you’re missing out on a gold mine of myths, legends, and historical gossip that is a bounty for those that love the macabre. From school buildings that were once brothels, to the tunnels that run under the sidewalks, to the invention of the gas used for executions, there are countless elements for great scary stories. Expanding out from Denver, there are the remains of ghost towns, battlefields, and graveyards. All places have their demons, but with the facts about the Denver’s KKK, and Soapy Smith, and Blucifer, you don’t have to look all that far into the past to find evil. Native American slaughter. Japanese internment. Hispanic mortality rates. There are many cultures with axes to grind that could transcend the mortal realm and push into that of the supernatural. Hungry ghosts are never satiated."

"I get scared a lot here in Colorado. Mostly on the trail. Or mostly when I'm alone on the trail. I mean, the loneliest trails are always the best, right? And I wear bright clothes so that if I spill off somewhere, maybe somebody'll call it in," confesses Stephen Graham-Jones, a featured speaker at the Telluride Horror Show and the author of My Heart Is a Chainsaw.

"But it's not wrecks on my mountain bike that spook me. What spooks me is that sometimes, on a tight single-track, on a long rolling flat, say, I'll have to jump up out of the rut so I don't hit someone coming from the other way. Or sometimes they get out of the way for me. All depends on who's uphill, who's downhill. What doesn't track so much, though, is that — and I don't know why I started doing this — I started trying to look back at these also-alone people I pass out there. And? Sometimes they're there, and all the rules of the world that I think should be holding, they continue holding. But sometimes — and this happens in places where there's nowhere to duck into, no turns, no dips, no trees, no nothing — they'll just be gone. And then for the next mile or two, I'm telling myself not to look behind, don't look behind. Because I'm certain that if I do, they'll be there again, but in my single-track, catching up. What it makes me want to do is take more crowded trails. To me, that's what Colorado horror is. It's being alone out in the vastness, where you can just get swallowed up. Where you can make one turn you maybe shouldn't have, and — blip — you're gone. Your bones might turn up in a few years, or they might not."

Josh Schlossberg
"The wilds of Colorado both inspire and scare the living shit out of me. Every week I set out on an epic trek in the mountains, and that’s where I work out a lot of my concepts, plots, and characters. The storybook snowcaps glowing in the setting sun, the rumble of elk herds bounding through tallgrass meadows, the sweet scent of high-elevation spruce forest all fill me with a sense of wonder I try to translate into my work," says Josh Schlossberg, author of Terror at 5280' and Malinae.

"But sometimes I’m crouching in a gulley as lightning crackles overhead. Or fleeing down a mountainside from the huge cinnamon bear I almost bumped into. Or fighting my way through a blizzard where I can’t see more than a few inches in front of my face, and I’ve lost the goddamn trail. Those Colorado happenings — where the layer of beauty lures me in only to shrivel away to the terror lurking below — influence my writing the most."

Steve Rasnic Tem
"Colorado features everything necessary to inspire a horror writer: evocative, unpredictable weather; a variety of urban, suburban, and wilderness settings; and most importantly, a thriving community of writers representing every corner of literature," concludes Steve Rasnic Tem, dean of Colorado horror writers and author of Thanatrauma: Stories.

"Although horror writing is a particular variety of imaginative fiction, it relies heavily on the implications of convincing, realistic detail. A Colorado setting provides much to choose from."