Troy Guard Talks New Concepts, Getting Into the Beer Game and More 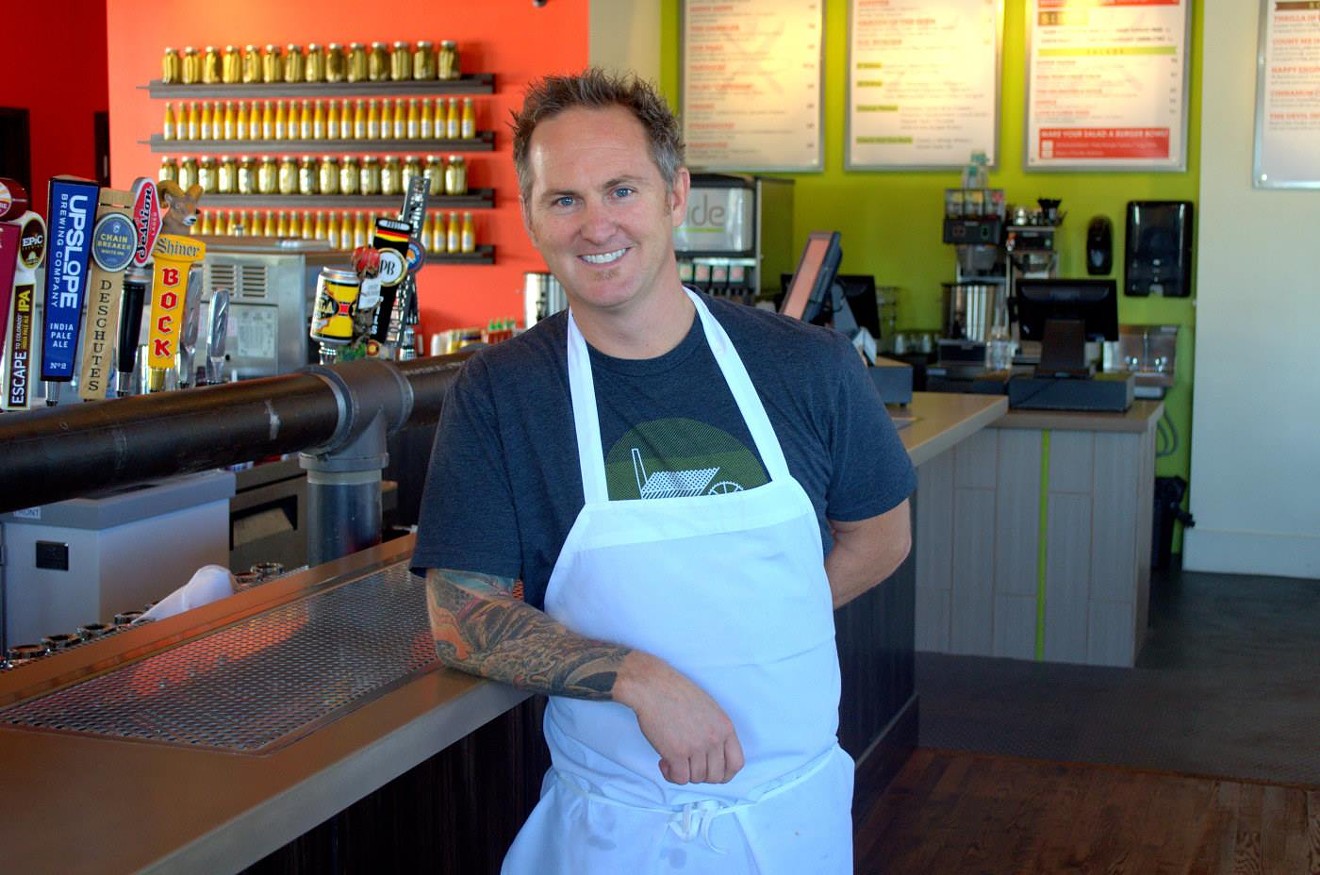 Troy Guard is adding brewing beer to his repertoire with Grange Hall. TAG Restaurant Group
"It's bittersweet," restaurateur Troy Guard says of the recent closing of TAG, his first restaurant. But even though 2021 saw the end of the place Guard calls his "baby," TAG Restaurant Group, which currently includes seven brands, will soon expand to nine.

And that's not all the action in Guard's restaurant empire. A third Bubu location recently opened at 1099 18th Street, FNG in Highland closed temporarily, and Los Chingones is debuting in Fort Collins at 3541 East Harmony Road, #100, the former Famous Toastery space, on June 25.

We recently caught up with Guard to talk all things TAG Restaurant Group.

On TAG closing after a dozen years in Larimer Square:

Troy Guard: Everything I had dreamed of and hoped for, really, it came true at that restaurant. ... We were in the middle of a negotiation with the landlord, and then the pandemic hit. Then we got new landlords, so we started renegotiating with them. But then we said, "Let's just focus on our growth vehicles, which are Guard and Grace, Bubu, HashTAG, Los Chingones, possibly FNG." So I said, "Okay, let's let TAG go...." Who knows? It could come back at a later date in a different area.

On the June 8 opening of the third Bubu location, in the Granite Building:

We think the location is great. It's our first street-level Bubu; both the others are subterranean. And there's a lot of growth in that area. [All the Bubu locations] are six to eight blocks from each other, and for lunch, people aren't going to walk that far. So we're trying to capture the whole downtown area. We've seen that people really, really like that concept. It travels well, it tastes great, and people really enjoy it.
click to enlarge No one is drinking at FNG's bar right now; it's expected to reopen in August.
Mike Campbell
On the temporary closure of FNG, at 3940 West 32nd Avenue, on June 15:

[TAG Restaurant Group] had 623 employees on March 16, 2020. To this day, right now, we have about 210. We had a good team [at FNG]...so let's take these awesome staff and give them jobs at other locations because we're short-staffed. It's really about who's doing the most business. No one's losing a job; we're just transferring them for the moment, and everyone's super excited, because they get to work in a busier restaurant, they get to work with more professional people, they get to see something new. Then, when we reopen again in 45 to 60 days, they'll be that much more inspired and excited.

Before the pandemic, we had signed the lease; we had negotiated terms. And obviously, with the pandemic, we pushed it back. ... I think it's the first time I've ever gone into a secondhand space. They've always been brand-new buildouts, so we wanted to try that out. There's incredible savings in doing that, and so we're pretty excited about the opportunity and, really, the new challenges of doing it this way.

On Tiny Giant, the new concept opening mid-July at Milepost Zero (his other Milepost Zero concept, Little Chingones, will open along with the food hall on July 1):

It's going to be a little bit like my old restaurant called TAG Raw Bar on Larimer Square. There will be some cool, Troy-inspired dishes, raw dishes with seafood and vegetables, but also some sushi. We really want to push the takeout there; we've got these customized sushi containers that are really badass. Just really, really fun stuff. Some old-school sushi, some new-school sushi. It'll be a smaller menu, maybe two dozen items. ... We're shooting for the middle of July.

Daikon
On the cyclops logo for Tiny Giant bearing a noticeable resemblance to the cyclops character in the logo for Boulder's Daikon:

I haven't seen [that]. We actually created the logo ourselves with some imagery, so if it's too similar, I don't want that to happen. (The logo is still posted on Tiny Giant's Instagram page.)

On getting into the beer game with Grange Hall:

We've got the gist of all the C.B. & Potts beer stuff, and we actually hired the C.B. & Potts beer brewer [Ty Nash], who'd been there for fifteen years — so we're pretty excited, because he knows where everything is, knows the lay of the land, and he's really, really good. He's won some awards at [the Great American Beer Festival]. ... We're gonna do all the tap beers ourselves. This is something that we've wanted to do for a while. We've got a lot of great concepts, so we can make a beer for Guard and Grace, a beer for [TAG] Burger Bar, a beer for Los Chingones, etc. We've already been toying with some flavors and ideas, and you'll be able to take out growlers; we're also going to have a canning system.

On what else to expect at Grange Hall:

We want to grow the other brands, so we're looking at spaces right now, in Denver and outside of Denver. Most likely we're going to go to Houston next, just because we already have another restaurant there [Guard and Grace] and, to me, it's a more business-friendly city for lots of reasons, including wages for staff, insurance, taxes.... Also, it's a more dense city. It's an amazing food scene. Obviously, Denver is my home, and it kicks ass, but it's just a little more business-friendly down there.

We're all totally fine with raising minimum wage. People need a living wage. We're fine with $16 per hour, or even more. But it's the tipped servers that keep getting a lot more money. They already make minimum $25 or more per hour; tipped servers [in Denver] are making $12 per hour, plus tips. That's a lot of money. In Houston, [tipped servers] are making like $2.20 per hour. That's a $9 difference. And we still have a livable wage there. I'm all for people making money, but we have to be smart about how we're doing this for the restaurants to survive.

On offsetting the rising costs of running a restaurant:

What we had to do is put a service charge on our checks [at all TAG Restaurant Group concepts] of 3.5 percent. Sixty percent really goes all to the back of the house, which gave them a minimum of a $2-per-hour raise up to $6 per hour. The other 40 percent went to the house, so we could offset to-go items, cleaning supplies, gloves, rising food costs, higher taxes from the city, etc. [Guests] have been super, super cool about it...everyone's been totally understanding, and they're totally down with it.

On his post-pandemic mindset:

I like challenges. To me, that's the only way you learn. You get thrown adversity, and so we've got to adapt. We gotta keep rolling. People aren't going to stop eating. So we just have to figure out a way to keep doing what we do. We do what we can: That's been my motto.
KEEP WESTWORD FREE... Since we started Westword, it has been defined as the free, independent voice of Denver, and we'd like to keep it that way. With local media under siege, it's more important than ever for us to rally support behind funding our local journalism. You can help by participating in our "I Support" program, allowing us to keep offering readers access to our incisive coverage of local news, food and culture with no paywalls.
Make a one-time donation today for as little as $1.