Ten of the Best Denver Ska and Reggae Bands 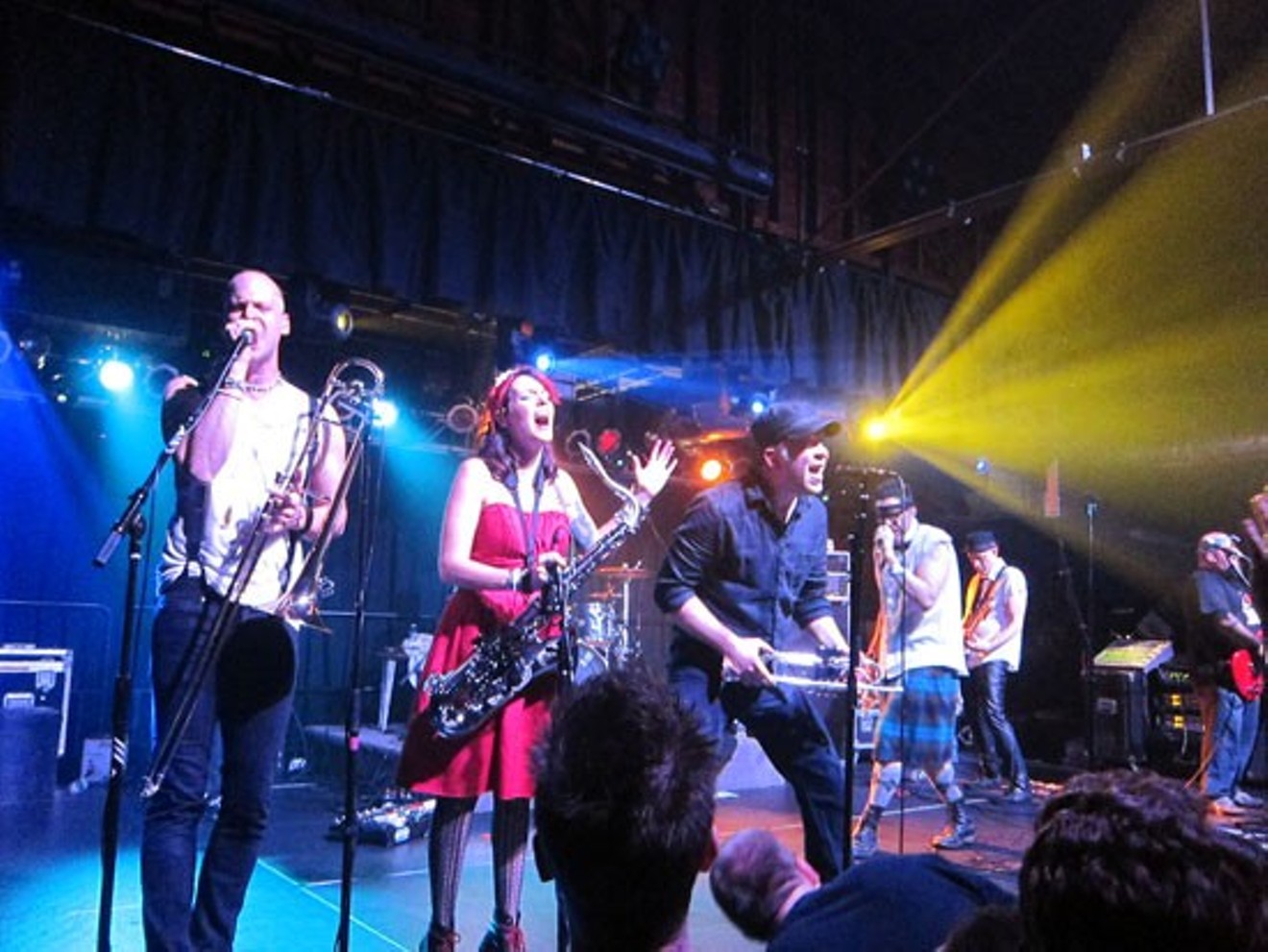 Five Iron Frenzy Tom Murphy
Colorado has long had a loving relationship with reggae music. By extension, that has led to a number of quality ska bands in the punk-rock scene. With the Wailers coming to Denver's Gothic Theatre on Friday, January 19, we thought it was high time to honor some of the region's best ska and reggae acts. Here, in no particular order, are ten of the best reggae and ska bands in the region right now.


The Breachers
“Beer-soaked, reggae-soul, country-blues” is how the Breachers describe themselves on Facebook, and that patchwork combination of genres does pretty much hit the nail on the head. One listen to the “Walking to the Train” single is enough to reveal a rootsy, emotional and raw take on reggae that forgoes Jamaican imagery – none of these guys are Caribbean — in favor of an authentic blue-collar vibe. It all just works.


Roka Hueka
Yeah, this band is fan-fucking-tastic — a combination of many of the things that make Denver great. The seven-piece combines traditional Latin music with contemporary ska, and the results are incendiary. The members originate from Mexico, El Salvador and the USA, and the cross-pollination of cultures and genres is just a thrill.


The Dendrites
For nearly fifteen years, since the breakup of such local luminaries as the Disasterbators and Dateless Wonder, the Dendrites have proudly flown the flag for reggae and ska in this city, with eleven musicians all keen on using their chops to create the wildest party everywhere they go. They vary between traditional and genre-bending, but two full-length albums into a strong career, they’re still one of the best that we have.


Five Iron Frenzy
This ska band formed in 1995 and split in 2003, but its fans weren’t going to just lie down and accept that, and eight years later, in 2011, a full reunion was announced. Ska-punk is the order of the day here, and tours with the likes of Reel Big Fish were entirely appropriate. In Reese Roper, the band has one of the best frontmen in the city, but it's the sum of the band's many parts that is most impressive.


Younger Than Neil
These guys call themselves “post skacore,” and we don’t even know if that’s a genuine genre name — but if it isn’t, it should be. In reality, what we have here is another lively, bouncy ska-punk band, and there’s nothing wrong with that. Hard, fast riffs are complemented by a booming brass section, and you can practically smell the sweat from the dancing crowd before ever seeing the band live.