Jazz Singer Ed Battle Looks Back on a Blessed Life 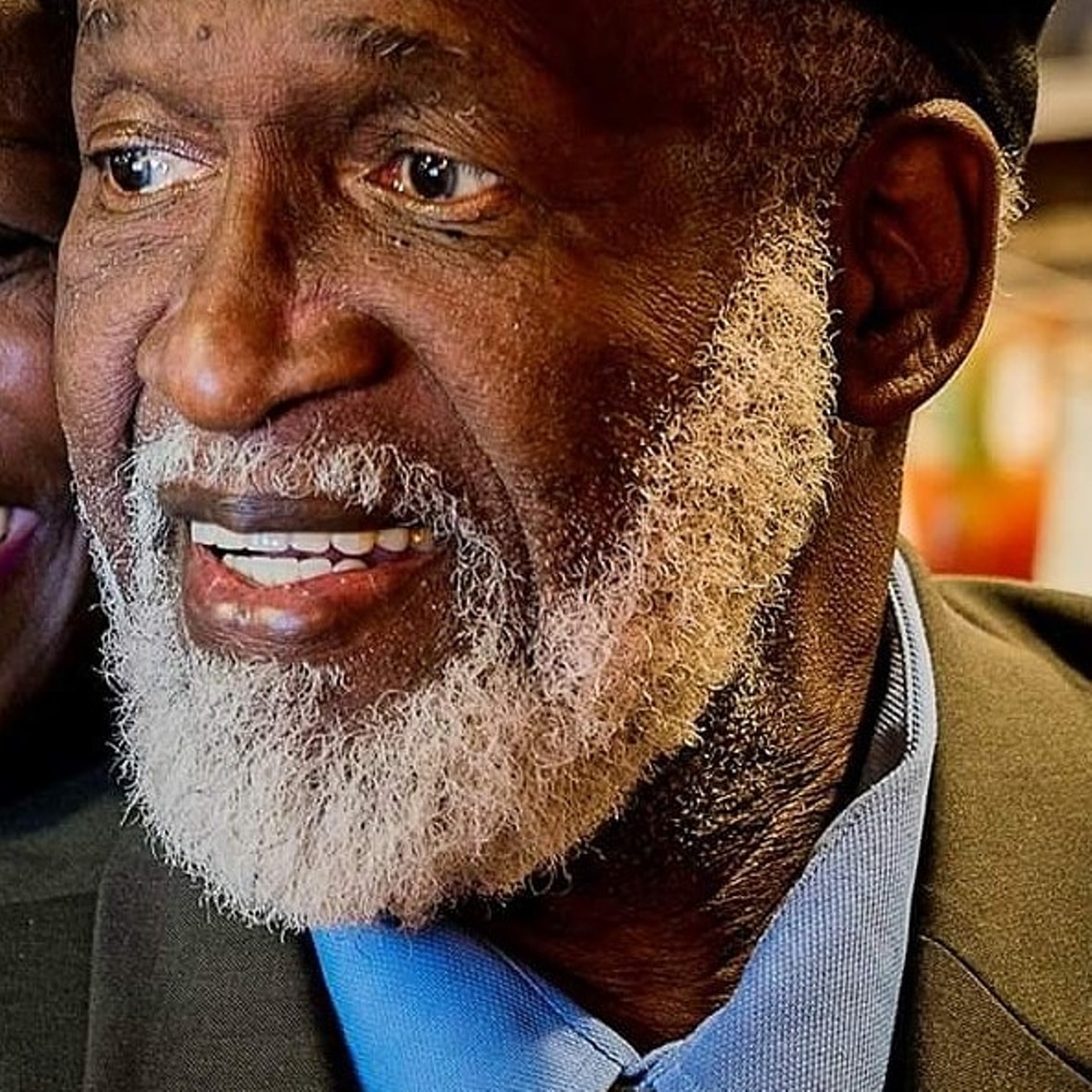 Jazz singer Ed Battle, who's had a storied music and acting career in Denver since moving here in 1972, recently went into hospice care. But for a few hours tonight, Monday, November 25, the 85-year-old and his family will be at Dazzle for a tribute and jam dedicated to him. Also, the jazz station KUVO has proclaimed today Ed Battle Day and will broadcast sessions the singer made at the studio and at other venues around Denver.

As a surprise to Battle, a recording of a live set he performed in 2015 will be available at the show. When Michael Fitts, executive manager of Synergy Music, learned that Battle had never made a studio recording, he wrote to Pathways to Jazz to get a grant to make an album. They had started on it, but Battle’s health issues over the past year kept slowing them down. During the recording process, Battle let Fitts know about a 2015 set at Dazzle that he enjoyed. Local pianist Jeff Jenkins, who had a recording of the set, worked with Colin Bricker of Mighty Fine Productions to mix and master the sets into a double-CD release.

While Battle has been in Denver for nearly five decades, he was born into a musical family in Bridgeton, New Jersey, about forty miles from Philadelphia, where he eventually moved.

“We always had some kind of piano in the house,” Battle says. “Everybody in my family was musical, primarily church music. There was always music around.”

Battle started singing religious music, but he says he grew up with his head stuck in the radio, where he’d listened to big bands of the late ’30s and early ’40s. As a five-year-old, hearing Frankie Masters and his Orchestra’s 1939 recording of “Scatter-Brain” opened the young Battle up to another world, as did Fats Waller’s television show in the early ’40s. Since Battle grew up in the church, he said his family wasn't entirely comfortable with him appreciating jazz.

“You really weren’t encouraged,” Battle says, though they did occasionally point him in the right direction. “My grandmother...they were always conscious of the influences of things. So if something was on and it seemed like I ought to be interested in that, they would somehow lead you to it. Somehow, we were led there to hear it. It was on, so we listened to it. I guess they wanted you to know, here’s the people that it came from.”

During high school, Battle sang choral music, but he would also sneak into clubs and hang out with musicians around Philadelphia, like trombonist Al Grey, bassist Reggie Workman, violinist Sid Sharp and guitarist Tiny Grimes. Around that time, Battle was listening to vocal groups like the Ink Spots and Mills Brothers, as well as Billy Eckstine and Herb Jeffries.

After graduating from high school, Battle moved to Chicago and enrolled at the Roy Knapp School of Percussion, where he studied with vibraphonist and pianist Marjorie Hyams. In the early ’50s, he returned to Philadelphia, where he more or less settled down and started to pay more attention to singing, joining the vocal group the Skylighters.

Around that time, Battle starting hearing about a young Nina Simone, who was studying at the Juilliard School and occasionally playing in downtown Philadelphia. During one of her trips to Philly, a friend of Battle’s invited her to a party he was attending, where she played piano. From then on, he and his friends would hang out with Simone when she came to Philly.

“In Philly, the bars closed at 12 o’clock on Saturday, so we’d roar up to New York and catch her late set and then go to her place on East River Drive and keep her up the rest of the night,” Battle remembers.

In 1972, Battle's cousin insisted he move to Denver, so he did. Not long after, he connected with Horace Henderson, the younger brother of famed pianist, arranger and big band leader Fletcher Henderson. Battle says he worked with the Horace Henderson Combo on and off until Horace died in 1988 at the age of 83. For a dozen years, Battle was the resident vocalist at El Chapultepec, and also sang at many concerts put on by jazz aficionado Dick Gibson, who was known for his jazz parties and concerts at the Paramount Theatre before he died at 72 in 1998.

Battle views his own direct approach to singing as a blessing.

“The radio got my head so full of stuff,” Battle says. “I never really could relate to a lot of stuff, but I could relate to musicianship. I learned the songs. I explain it to young people. I feel it was a benefit that I grew up in an age where a lot of people just did a song the way it was."

While Battle stayed busy with jazz gigs around town, he also did a fair amount of acting, and appeared in many plays and musicals, touring with groups such as Bonfils Theatre, Cleo Parker Robinson, the Eulipions Ensemble and Shadow Theatre. He also appeared in several films, including The Chase, The Forgotten One and 1996’s Almost Blue, which was shot in Denver and included Michael Madsen playing a jazz saxophonist as well as Garrett Morris and Yaphet Kotto.

In 2002, Battle released his Live Standards album, of which former Westword music critic Bill Gallo wrote, “With his sonorous, rolling baritone, Battle knows his way around ‘Bye Bye Blackbird,’ but ‘Every Day I Have the Blues’ proves even more evocative, with its hints of Jimmy Rushing and Joe Williams.”

Looking back, Battle's glad that he moved to Denver.

“You got some fine musicians who come through this area — writers and wonderful players," he says. "I’ve been blessed to work with so many of them.”

Tribute to Ed Battle: A Neighbor Who Has Given So Much to Our Music Community takes place at 6 p.m., Monday, November 25, at Dazzle, 1512 Curtis Street. Tickets are $5 and available at the Dazzle website.
KEEP WESTWORD FREE... Since we started Westword, it has been defined as the free, independent voice of Denver, and we'd like to keep it that way. With local media under siege, it's more important than ever for us to rally support behind funding our local journalism. You can help by participating in our "I Support" program, allowing us to keep offering readers access to our incisive coverage of local news, food and culture with no paywalls.
Make a one-time donation today for as little as $1.