ESP HiFi, a Japanese-Style Listening Bar and Cafe, Is Coming to Denver ESP HiFi will open in September. Ezra Bram
Inspired by Japanese jazz kissas and other listening bars around the United States, Mitchell Foster and Will Minter decided to bring something similar to Denver. Foster, who has a finance and real-estate background, and Minter, a music collector who’s worked in hospitality, got the ball rolling in late 2018, followed by a ten-day trip to Tokyo to scope out kissas there in early 2019. They had all the architecture worked out by February 2020 and were hoping to open in June of last year.

COVID delayed those plans, but now the pair aims to open ESP HiFi on September 2 at 1029 Santa Fe Drive. The listening bar/coffee shop, which will be Denver’s first jazz kissa-style record bar, will sport Garrard 401 turntables, Line Magnetic 518ai tube amps as well Klipsch Cornwall and Klipschorn speakers. The spot will showcase a wide range of music, from ambient, spacey and chill vibes to jazz, funk, blues and soul.

Minter says they’ll stick primarily to vinyl, given that that’s what they noticed in the forty listening bars they visited in California and Tokyo that inspired them.

“They would play a side of a record,” Minter recalls, "and that would last for about eighteen to twenty minutes, and then that would flow into a different record side, so you'd get a sense of the album. It's not just like a DJ set where you're just getting a snippet of a song or what you would get digitally on a playlist.” 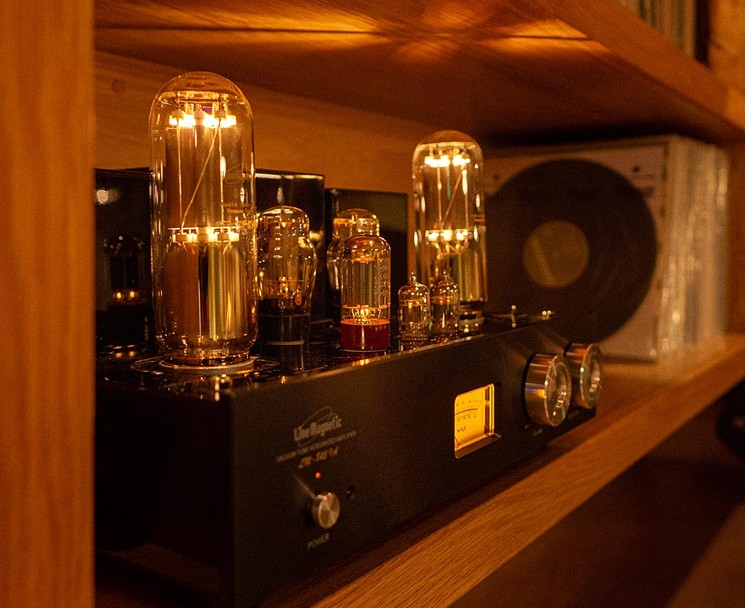 “They were kind of a refuge for people who were discriminated against and couldn't go to certain clubs,” Foster says. “He opened his doors to have these parties for all kinds of people — all-inclusive."

The name ESP is a nod to Miles Davis’s 1965 album of the same name, but Foster and Minter also wanted to give guests a feeling of extra-sensory perception, like something they can’t put their finger on, while at the same time appealing to all the senses with incense, cocktails, wine, spirits and coffee, warm light and woodwork, high-end audio and a curated record collection and hospitality.

“We want to be the go-to spot for natural wine and affordable but delicious cocktails,” Foster says. “Music will be front and center to everything we do. The space and service is considered in every way to not compromise the music.”

For more information, visit ESP HiFi online.
KEEP WESTWORD FREE... Since we started Westword, it has been defined as the free, independent voice of Denver, and we'd like to keep it that way. With local media under siege, it's more important than ever for us to rally support behind funding our local journalism. You can help by participating in our "I Support" program, allowing us to keep offering readers access to our incisive coverage of local news, food and culture with no paywalls.
Make a one-time donation today for as little as $1.