Friends and Disco Waters Down the Studio 54 Experience 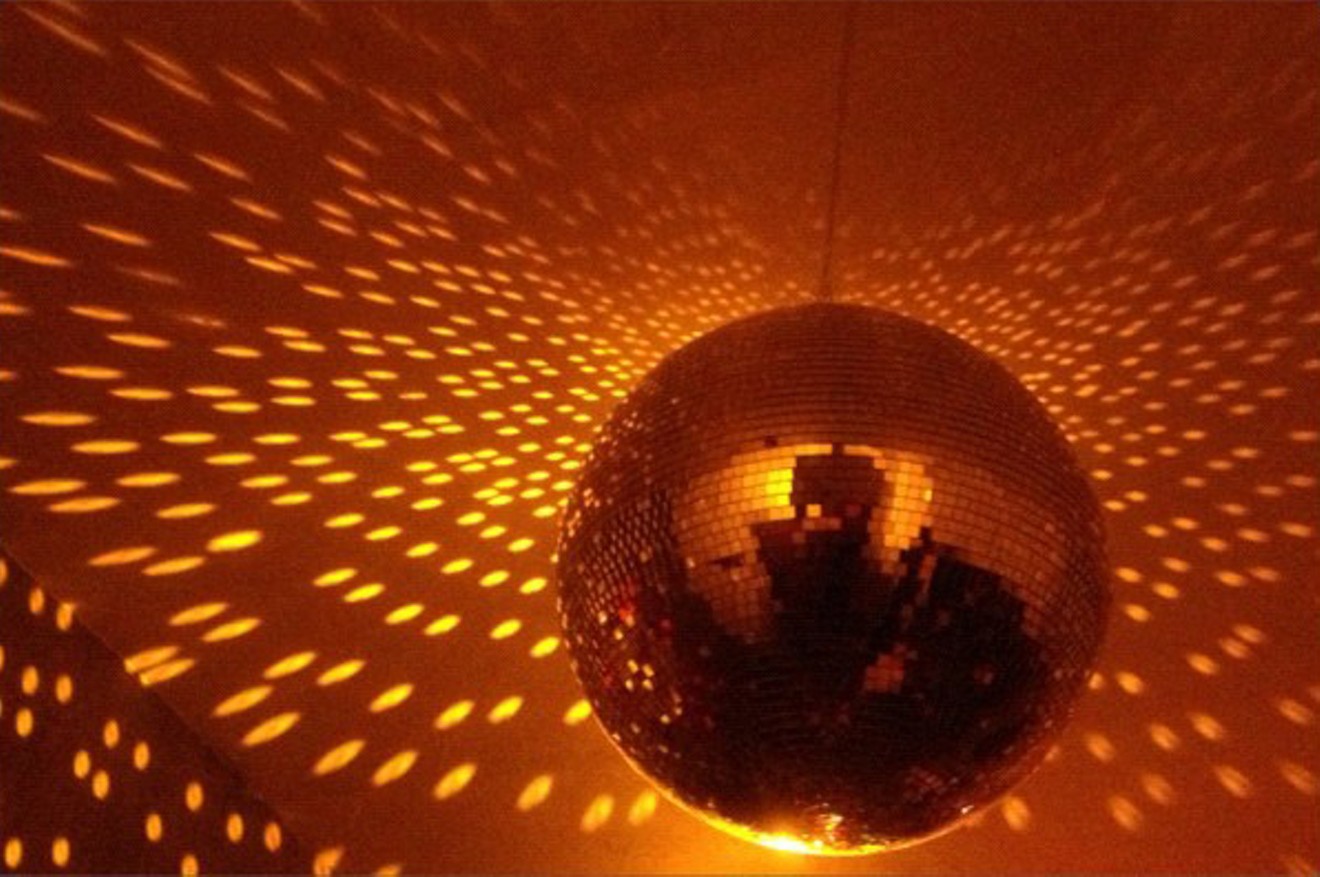 Friends and Disco wants to recreate Studio 54. Wikimedia Commons
Disco is being resurrected on Saturday, May 14, at a Friends and Disco event called The Discoverse at Universe art collective. Friends and Disco describes the event, which will showcase local DJs, as an “inclusive Studio 54 experience” — an eyebrow-raising description, considering that Studio 54 was hardly inclusive. Instead, the club was renowned for its hyper-aggressive door policy, where people were turned away if they weren’t rich, famous or fashionable. The policy was so intense that Andy Warhol once described it as a “dictatorship.”

Jack Nicholson, Mick Jagger, Cher and Warhol were among the regulars there, blowing cocaine and generally doing whatever the hell they wanted. It was so excessive that on some nights, club owners Steve Rubell and Ian Schrager would spend $100,000 on decor alone. When the IRS eventually raided the place, it found hundreds of thousands of dollars in drugs and money stashed away in a hidden room. Eventually, both Rubell and Schrager were sentenced to years in federal prison for tax evasion. To this day, Studio 54 is synonymous with excess and hedonism.

However, despite its exclusivity, Studio 54 was also known as a haven for marginalized cultures. The founders modeled their clubs off of gay and Black venues when they noticed how those spaces were revolutionizing dance parties. This model meant that gay, Latino and Black communities thrived at Studio 54, intermingling with the straight, often white pseudo-aristocracy that also graced its dance floors. Rubell himself was gay, as were much of the staff.

Westword talked to Friends and Disco founders Rachel Silva and Jason Rosove to see what on earth they mean by creating an event that they see as an “inclusive Studio 54 experience," as well as their perspective on the history of disco and what it meant to people during the time it flourished.

Westword: What sparked your passion for disco?

Silva: I first discovered proper house music at a festival back in 2015 called Woogie Weekend. The sounds of disco were absolutely prominent in the music they played that entire weekend, although I didn't even quite know it at the time. What I did know was that everyone shared a connectedness I had never experienced before, and a sense of true freedom from the music and dance, which was groundbreaking to me at eighteen.

How broad is the term “disco,” in your opinion?

Rosove: Very broad! At our shows, we play more than just disco house. We play Chicago minimal house and some new waves that come from Amsterdam and Europe. The term “disco” has become a statement rather than just a genre. We feel as if it means a social gathering or a staple term that brings people together through love. We want to advance the term "disco" from a genre to an understanding of love and culture. Music is a universal language.

What kind of community are you hoping that this will create in the city? Where do you hope to end up?

Rosove: The community we’re building is seen as one big, expanding friend group. We want to create positivity and togetherness not only through the music we play but by being present and engaged throughout the creative process of throwing events as well. Our goal is to end up in multiple spots — big cities with music culture, like New York, Los Angeles and, of course, Denver. We hope to end up with all of the people that have believed in us from day one with a nightclub, or better yet discotheque, that curates a special energy on the dance floor.

Why do you think people yearn for a genre that is fifty years old? Do you think there is a modern equivalent that represents the spirit of disco?

Silva: There is a nostalgic part to it. People love the style, clothes and music because it takes them back to this glorified era where house music first started. It's an outlet that you can only get by dancing to the unmatched four-to-the-floor music. A modern equivalent is hard to say. In reality, we can’t just point to one current genre and say that it's disco without acknowledging the generations of minority counterculture that have brought us to where we are now in music and art altogether.

You say that you want Friends and Disco to be Studio 54 and then talk about how you want it to be inclusive. But Studio 54 was exclusive to celebrities, artists or people who could provide some sort of value to the club, and its strict door policy was the stuff of legends. How do you square the two?

Rosove: We want to reinvent Studio 54. We want to take the iconic, glamorous parts of it and make that accessible to all humans. We want to bring back the power of the creativity behind it ,which is what eventually led to its infamous exclusivity. With our own creativity, passion and open minds, we know we can do just that.

In a way, didn’t Studio 54 kill the essence of disco by stripping it out of the hands of its originators and commercializing it for the rich?

Silva: More of a statement, but the answer is yes. Studio 54 was before our time, and we can't change the past; we can only let it teach us. What we can do now, and what we do make an effort to do using our brand as a platform, is to help bring awareness of the origins of where disco and house music came to be from the Black community.

Disco is very much known for its aesthetic. How does Friends and Disco curate an aesthetic?

Silva: Our main focus for our events is doing just that: curating a vibrant vibe and aesthetic in unlikely spaces. A great example of this was at our last Denver event, [which] we held at Infinite Monkey Theorem in RiNo in their back wine barreling warehouse. We moved around vintage couches, brought in houseplants, added a pink neon sign and, of course, disco balls to create a warm yet exciting place to get down.

You all know about the Disco Demolition Night in the ’70s. If you were to each pick a disco record to burn on this July night in Chicago, which record would you burn, and why?

Silva: The Disco Demolition has been viewed as a racist, homophobic, unhinged riot and is claimed to be “the day disco died." On the event that occurred that night on the baseball field in Chicago, staff reported most records brought to be burned in exchange for a 98-cent game ticket were of Black artists, with some not even fully categorized under the disco genre. Because of this, we only feel right answering this question with a more lighthearted, sarcastic response: We would have brought a couple of rock albums to burn.

Friends and Disco premieres The Discoverse on Saturday, May 14, at Universe, 1869 South Broadway, at 8 p.m. Tickets are $30 to $35.
KEEP WESTWORD FREE... Since we started Westword, it has been defined as the free, independent voice of Denver, and we'd like to keep it that way. With local media under siege, it's more important than ever for us to rally support behind funding our local journalism. You can help by participating in our "I Support" program, allowing us to keep offering readers access to our incisive coverage of local news, food and culture with no paywalls.
Make a one-time donation today for as little as $1.