MF Ruckus to Release a Graphic Novel About an Optimistic Apocalypse 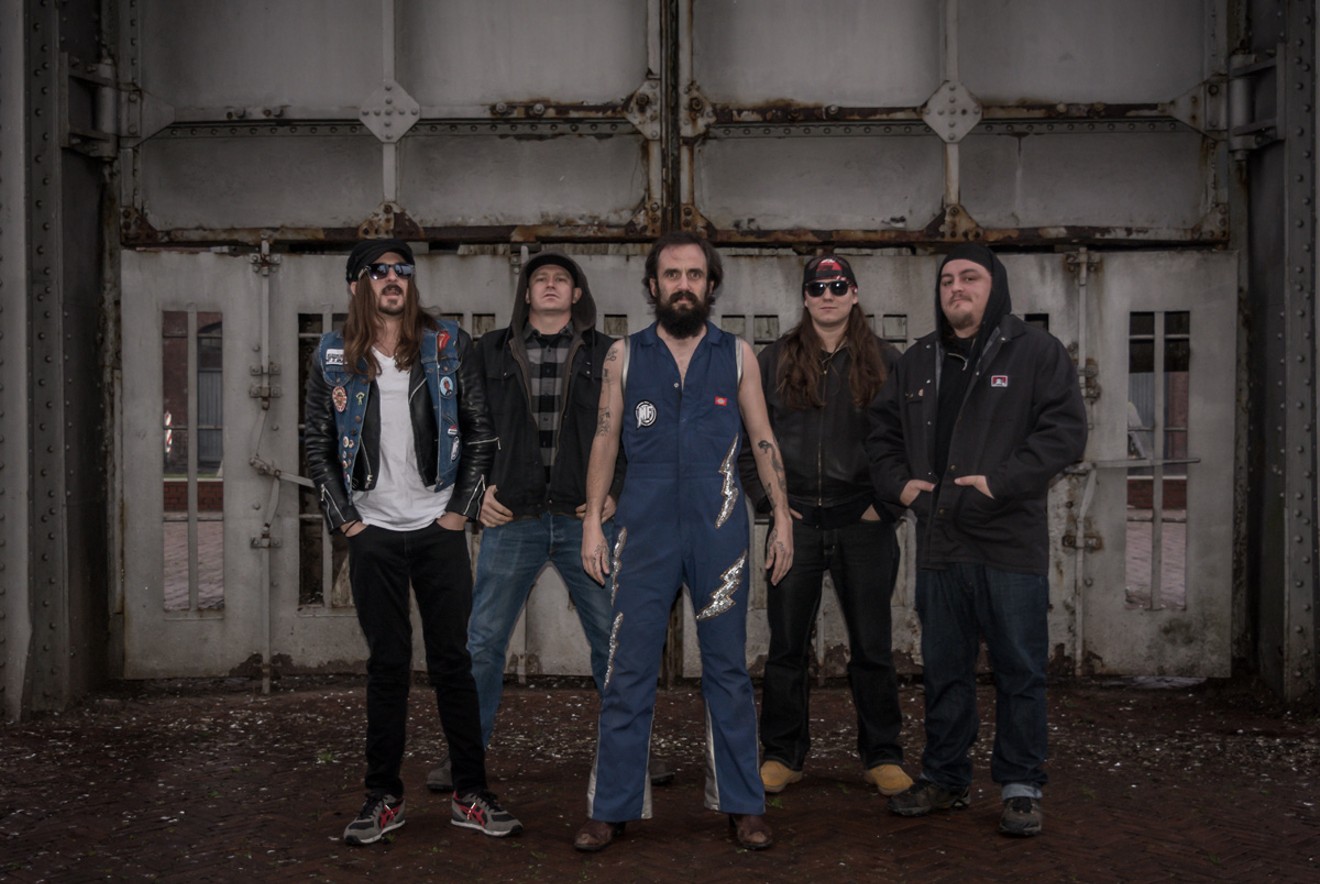 MF Ruckus Dafne Op't Eijnde
Denver-based hard-rock band MF Ruckus is about to release part one of The Front Lines of Good Times, a twelve-part sci-fi graphic novel and album. Working with comic artist and illustrator Josh Finley, vocalist Aaron Howell wrote the story about a plucky band of musicians and adventurers, who come to be known as MF Ruckus, struggling to survive in a futuristic setting, dogged by the repressive forces of the New Order of Fundamentalist Utilitarian Nationalists (NOFUN for short).

To pull off the project, the band partnered with German label RodeoStar Records to print, distribute and market the first vinyl release, and has raised funds for recording at Evergroove Studio in Evergreen through a Patreon campaign.

The record and comic were inspired in part by The Walking Dead, Prophet, Saga and Heavy Metal magazine. Considered a multimedia project, The Front Lines of Good Times is a darkly humorous story offering up social commentary on the life of a creative person in the current era.

“Everything that is in our story comes from our real life, as a career, as a band,” says Howell. “It's satirical and humorous at times, but it's an honest portrayal of what it's like to be an entertainer or musician or a human being in general in this current climate. It's just going through the lens of this sensational, sci-fi-fantasy universe.”

Cover of The Front Lines of Good Times — Chapter One: It's a Mess.
Image courtesy MF Ruckus
The story starts in the year 2040, after “a near apocalyptic event called the Great Dying” that caused massive deaths. Out of that tragedy, NOFUN takes over, and “purveyors of subversive ideas in communication and art are either exiled, executed, re-educated or otherwise neutralized.”

In the story, NOFUN regulates all expressions of creativity and public philosophical thought. It has banned all forms of religion, and all violations of these restrictions are considered acts of treason punishable by death. In comes fun-seeking teenagers who form MF Ruckus and escape the watchful eyes of arbitrary authority, finding their niche in playing for people in illegal venues for food and fuel rations.

Though the comic and album are set in a bleak future, the plot of The Front Lines of Good Times ultimately reaffirms life, creativity and the durability of the human race, which has survived countless destructive events throughout history such as the Black Plague, World War II and the Mongol conquest of Asia and Eastern Europe. It also reflects Howell's own vision for humanity.

“A popular notion is that people talk about Idiocracy, and that it's happening. It's a funny idea, but I think human beings are becoming other-ly evolved. I believe in human beings. I believe in our inevitable upward spiral of accomplishment and achievement and survival and evolving into something greater than we can imagine right now. In the story, I want to present an optimistic apocalypse,” says Howell. “Think of the worst thing that could possibly happen but still have a silver lining in the worst-case scenario. [Think and Grow Rich author] Napoleon Hill said, 'Every adversity, every failure, every heartache carries with it the seed of an equal or greater benefit.' What are the benefits I can find in this situation? A lot of that is going to come up in this story."

Howell adds: "It's going to be funny, and there's going to be dick and fart jokes, good gratuitous violence and other fun stuff people like in a rock-and-roll comic, but also philosophical and inspirational moments throughout the story.”