The Zephyr Lounge Reaches the End of the Line 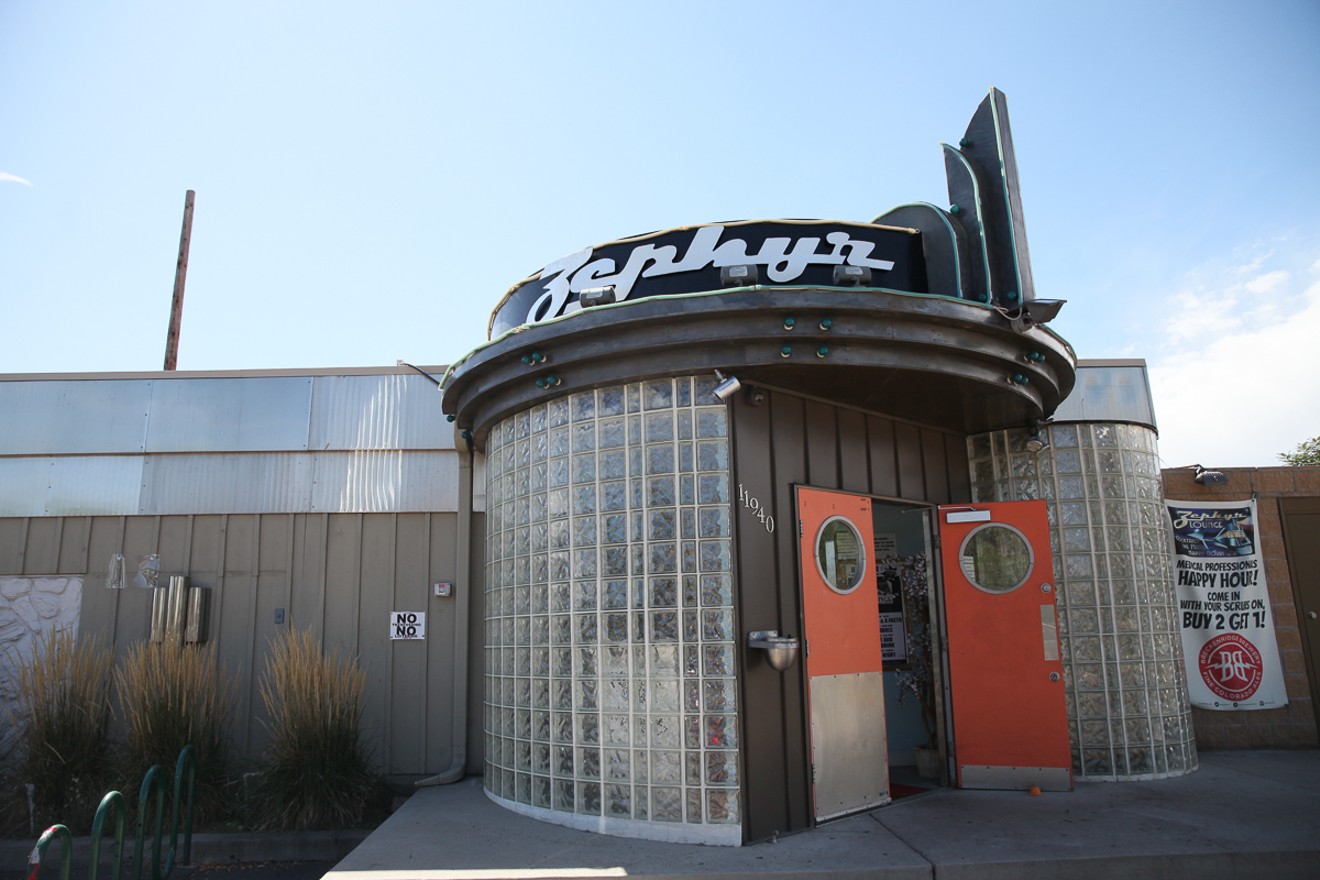 The Zephyr Lounge has been at 11940 East Colfax Avenue for almost 75 years. Brandon Marshall
"It is with a heavy heart that after 73 years in business, the Zephyr is now closed," announced owner Myron Melnick on social media on November 1. "The train that never leaves Aurora will be leaving the station."

The Zephyr Lounge was a legendary family-owned bar, restaurant and venue that Melnick inherited in 2003 from his father, Barry Melnick, who'd purchased the building at 11940 East Colfax Avenue in 1947. Once a mainstay for mid-century tourists traveling Route 40, more recently it had become a hangout for workers at the nearby Anschutz Medical Campus as well as old-timers in the rapidly changing neighborhood.

"When I originally took over the Zephyr from my dad, I thought it would be a couple of years," Melnick recalls. "It’s been almost twenty. It’s been an amazing run. My father always said if he was reincarnated or came back, he would do the same thing over again. I understand the charm of the business. It’s opened my eyes to so much. If I went around the world five times, I wouldn’t have seen the humanity and all I saw in the twenty years I was there."

Over the years, Westword has celebrated the venue for its great drink deals, free concerts and eclectic atmosphere. Denver bands appreciated the independent club, an alternative to the city's increasingly corporate-controlled live-music scene. In 2012, the bar stumbled into fifteen minutes of fame when TV stations reported that the Aurora theater shooter had been drinking there. News crews and suited journalists flooded the spot; Melnick quickly debunked the rumor.

With a diverse crowd, train-themed architecture dating back to the ’40s, vintage decor, quirky art and a commitment to its seventy-plus-year history, the Zephyr stands out in a region that has been overtaken by new developments. Add to that killer karaoke, a loaded jukebox and a long history of hosting blues acts, along with soul, R&B and rock, and the Zephyr earned its reputation as a legendary dive — the sort of watering hole that should never dry up.

But blues bars have been dying for years, even before the pandemic; Ziggy's, Denver's oldest, closed its doors in 2017. Most of the bars near the Zephyr have shuttered, too. Some were forced to close by the city. 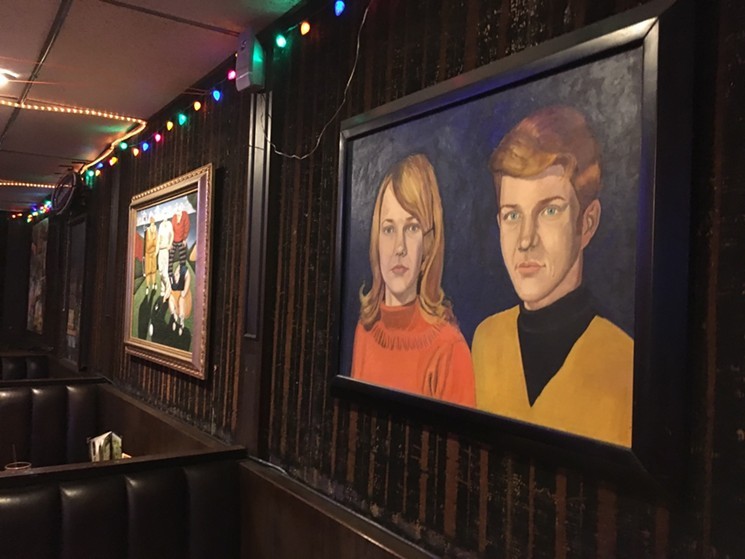 Natasha Kerr
While Melnick had every intention of staying put even as the neighborhood changed, COVID-19 made it impossible, so he sold the property to a developer who is putting in 450 units of affordable housing.

"When we first had to close for COVID, I’m thinking two weeks, a month," he says. "Then it’s two months, two and a half months. Now I’m thinking we’re going to be wearing masks for another year, probably."

Although the Zephyr did manage to reopen, running the place wasn't easy. "I have to make sure that everybody is safe, whether it’s the alcohol they're consuming or COVID," recalls Melnick. "We required everybody to wear a mask. People would come in, sit down, have a drink and take off the mask and nurse the drink."

Some unmasked customers would sip a drink for an hour, which unnerved the staff. While only one customer wound up with COVID-19, Melnick knows plenty of other people who contracted the virus: his nephew, banker, handyman and more. "I didn't want to see my employees getting it," he says. 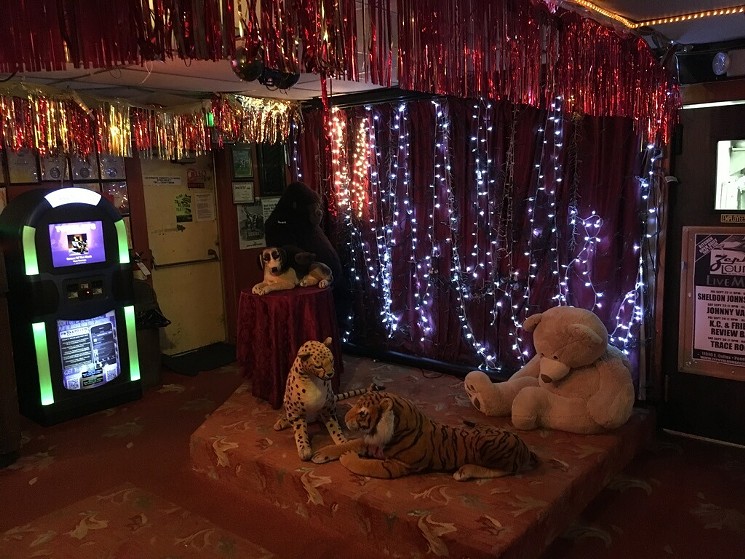 A menagerie of oversized stuffed animals combined with the lights and streamers on the Zephyr Lounge karaoke stage.
Natasha Kerr
Still, Melnick worries about laying off those employees. He's also concerned that his customers have lost a community hub, which served as a second home for some. The furnishings of that home are going, too.

"It’s unfortunate that a lot of stuff has to go away right now," he says. "I feel very bad for the customers, the employees, and I hope they can find new employment and get back on their feet. The customers are all saying we don’t have anywhere to go. Where are we going to go? I feel very bad about all those things. I’m not jumping up and down about it."

The Zephyr is hardly the only local venue to shutter during the pandemic. The metro area has already lost 3 Kings Tavern, Live @ Jack's, La Cour and more.

"This is a bittersweet ending to a great run," Melnick wrote in his November 1 goodbye. "I realize this will have an effect on you and everyone... Unfortunately, the writing is on the wall, and I held out as long as I could. I am sorry this has to end like this. I have wonderful memories, experiences, and amazing stories, and I hope you do too!

"Once we get a handle on the virus," he added, "perhaps we can have a celebration of all things Zephyr, sometime in the future."

The response to his farewell letter has been overwhelmingly positive, Melnick says.

"We had all these regular people," he notes. "They’ve been very kind in their words. Everybody’s been really kind. I think most people understand: You can see the big buildings coming up, encroaching in the area. It was a matter of time. With COVID and all the problems, this was the time."
KEEP WESTWORD FREE... Since we started Westword, it has been defined as the free, independent voice of Denver, and we'd like to keep it that way. With local media under siege, it's more important than ever for us to rally support behind funding our local journalism. You can help by participating in our "I Support" program, allowing us to keep offering readers access to our incisive coverage of local news, food and culture with no paywalls.
Make a one-time donation today for as little as $1.