Why Kyle Clark Was Furloughed at 9News 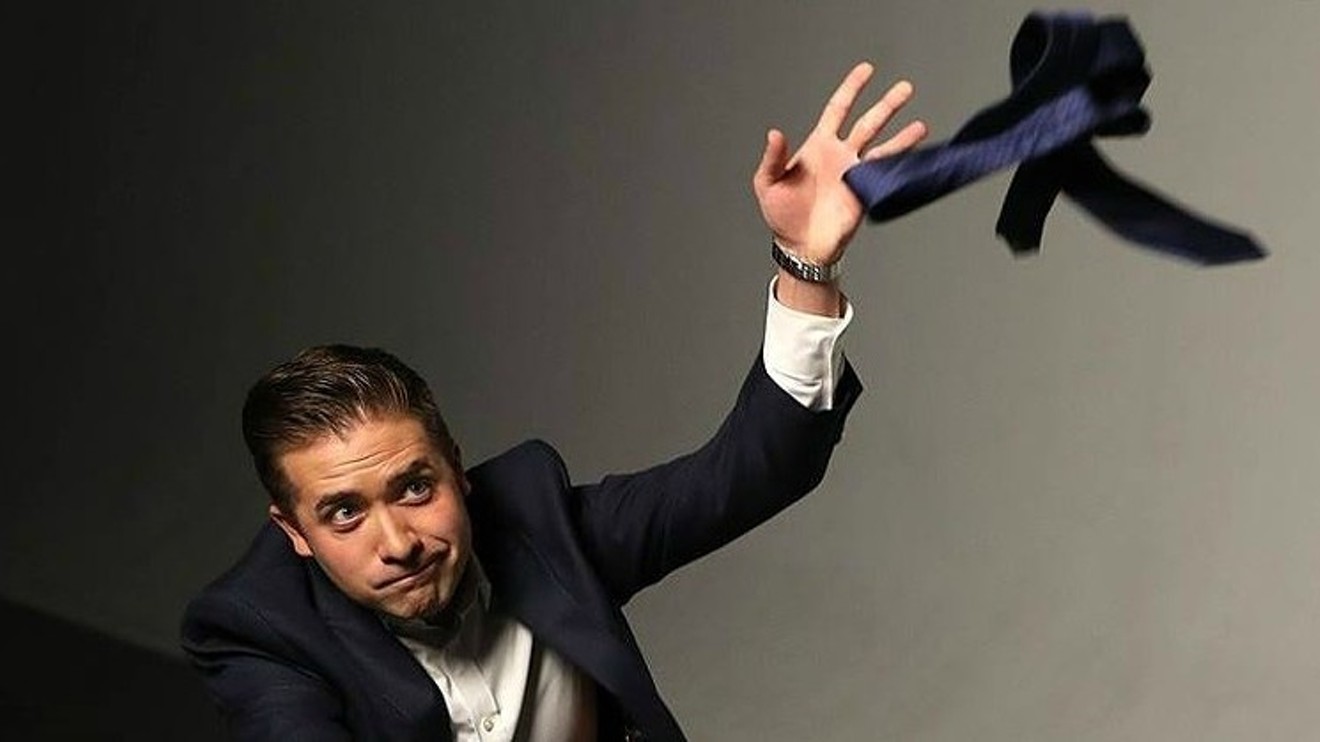 Kyle Clark announced the furlough on Friday, June 19. 9News
Among the biggest stars on Denver TV is 9News's Kyle Clark, who anchors multiple newscasts on the station, including one that places his name in the title (Next With Kyle Clark). His work during the COVID-19 pandemic, which has been marked by a willingness to ask politicians the toughest questions of the moment and his alternately amusing and incisive posts on social media, has only enhanced his reputation.

But Clark will be absent from 9News airwaves today, June 22, through the week. As he announced on June 19, he's been furloughed.

This move came as a surprise to many viewers, including one who tweeted, "How does THE anchor get furloughed? Is this a @JimmyKimmelLive furlough?"

Nope. It's the real thing.

Clark hasn't responded to Westword's inquiry about the furlough, but Mark Cornetta, president and general manager of 9News and its sister station, KTVD, as well as executive vice president for TEGNA, the outlet's parent company, offers the following explanation via email:

At the beginning of April, TEGNA revealed that it was "implementing one-week furloughs as a temporary, cost-saving measure during the months of April, May and June. Most employees, including those at 9News, have been asked to participate in the one-week furlough."

TEGNA's furlough decision was accompanied by the following statement to employees: "We believe that these steps are the fairest and best way to reduce costs while protecting and preserving the employment and medical benefits of our colleagues, while maintaining our focus on providing trusted, life-saving news and information in the local communities we serve."

COVID-19 is at the root of this move and others taken by news organizations, including Westword, where a 15 percent pay reduction was recently imposed on employees. Business closures mandated by the state's stay-at-home order caused a precipitous drop in the advertising revenues that media organizations need to survive, and no one expects the phased-in reopening of retail outlets to immediately cause dollars to start flowing at previous levels. And not even 9News, long the most viewed TV-news purveyor in the Denver market, is immune.

Cornetta stresses that furloughed staffers "will keep their employee benefits" during their enforced idle time. Clark and others furloughed this week will return on June 29.
KEEP WESTWORD FREE... Since we started Westword, it has been defined as the free, independent voice of Denver, and we'd like to keep it that way. With local media under siege, it's more important than ever for us to rally support behind funding our local journalism. You can help by participating in our "I Support" program, allowing us to keep offering readers access to our incisive coverage of local news, food and culture with no paywalls.
Make a one-time donation today for as little as $1.