Cooking With Gas? You May Want to Hear About Health Concerns and Rebates 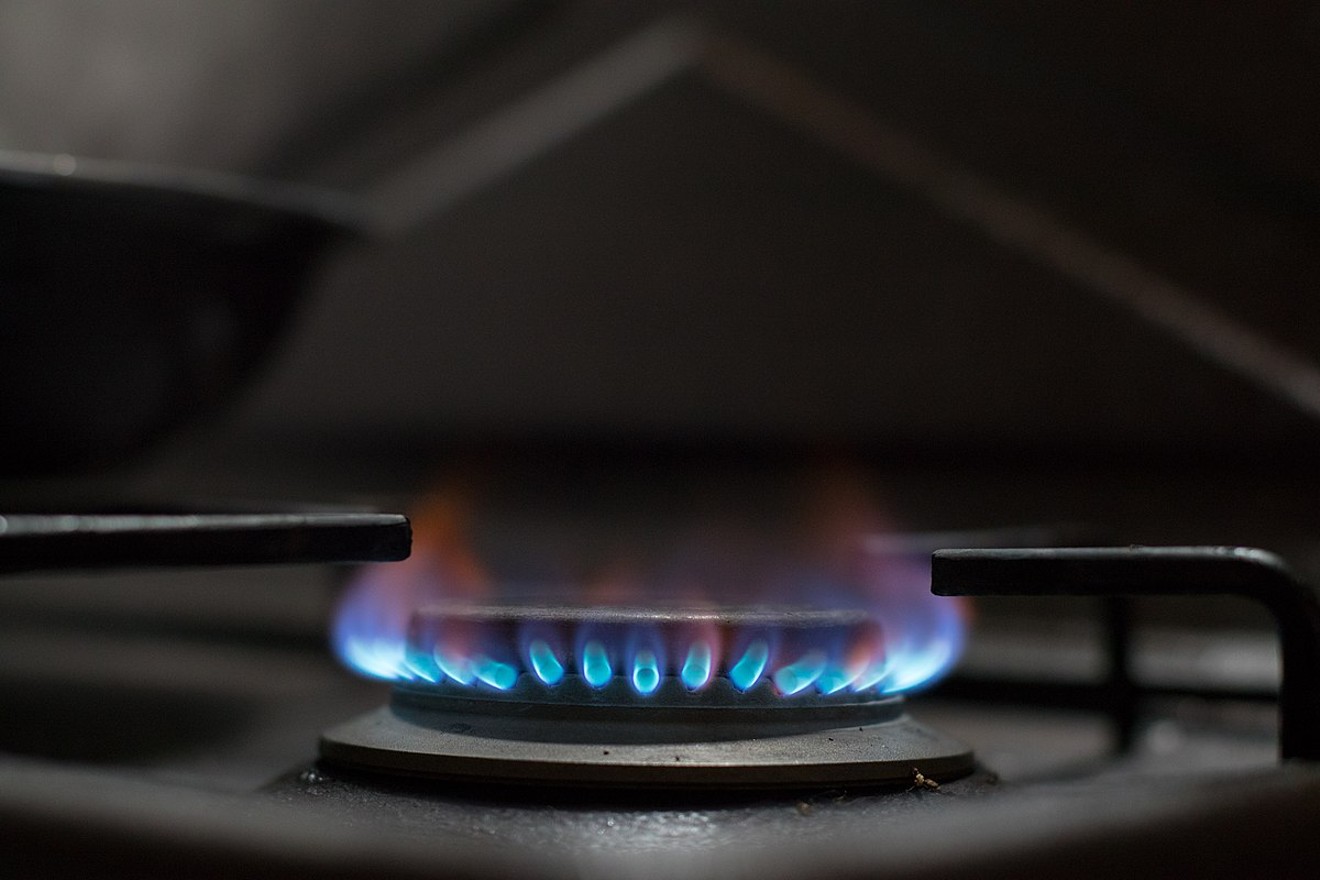 Gas stoves leak pollutants into the air. Ivan Radic via Wikimedia Commons
Before you put that pot of soup on the stove and fire up the blue flame, you may want to heed some health warnings from a recent survey on whether consumers are properly informed when it comes to cooking with gas.

The survey, conducted by the CoPIRG Foundation — the Colorado outpost of the national nonprofit Public Interest Research Group — and the Sierra Club focuses on gas stoves, and found that consumers aren’t given enough information about the potential health risks of cooking with gas.

Gas stoves emit nitrogen dioxide while in operation, which can interfere with the blood’s ability to transport oxygen, inflame airways and cause lung damage over time. Studies have found that children who live in homes with gas stoves have an increased risk of being diagnosed with asthma. Another newly published study, in the International Journal of Environmental Research and Public Health, found that 12.7 percent of childhood asthma in the United States can be attributed to gas stove use. Even when off, gas stoves can leak methane, which is known to cause breathing problems, along with other pollutants like benzene that are known cancer risks.

However, CoPIRG's Gas Stoves and Your Health report found that 74 percent of store associates at 38 locations of Home Depot, Lowe’s and Best Buy told purchasers that there were no health concerns at all when it comes to gas stoves.

“Consumers need and deserve accurate information,” says Alex Simon, a public health advocate with CoPIRG. “We want to be able to know that retailers, when we're purchasing these kinds of appliances, are providing all of the facts on the products in their stores, but our report shows that most shoppers aren't getting all the information that they need to protect their health and the health of their families.”


Meanwhile, the Inflation Reduction Act, which became national law in August, provides $4.5 billion in funding for states to provide rebates for new electric appliances, including ranges, cook tops and ovens. Those incentives will be doled out on a state-by-state basis, primarily targeted at low- and moderate-income households, and can be used to purchase an induction or conventional electric stove. People switching from a gas stove can access an additional $500 toward their purchase.

In Colorado, those rebates will be administered by the Colorado Energy Office, which says it hasn't heard yet from the Department of Energy regarding guidance on exactly how that process will take place. However, in a recent announcement, the DOE said it anticipates the funding will be available to states and tribes by spring 2023, and the public will be able to access rebates later in the year.

The Inflation Reduction Act includes additional tax credits that can go toward the electrical infrastructure work that might be needed to accommodate electric appliances. Those credits are administered federally by the Internal Revenue Service. For electrical panel or circuit upgrades for new electrical equipment, the credit will become available in the 2023 tax year and last until 2032. It can cover 30 percent of the upgrades, up to $600.

In the meantime, proper ventilation can go a long way toward preventing adverse health impacts from cooking with gas, but the CoPIRG survey also found that 65 percent of store associates told customers that an externally venting range hood was unnecessary when buying a gas stove.

“That's really what we're concerned about, because we want people to know that if they do decide to purchase a gas stove that there are risks associated with it, and that proper ventilation can help prevent those risks,” Simon says. “It's not just about 'You need to buy electric,' but making sure people have the complete information to make informed decisions.”

According to the report, they might not get that information on the sales floor, as a quarter of sales associates weren’t knowledgeable about induction stoves, and 20 percent of stores didn’t even have induction ranges on the showroom floor. Induction ranges don’t release pollutants like gas stoves do, and they are more energy-efficient than conventional electric stoves.

Meanwhile, Simon wants people to ask more questions about the health risks of appliances they’re considering putting in their homes, especially since those risks might not be presented to them in the store.

“We want the kitchen to be a place of health and family bonding,” Simon says. “I think about that for myself with a three-year-old, and so I'm really glad we did this study, just to help retailers provide better information to their consumers and help people just get the word out.”
KEEP WESTWORD FREE... Since we started Westword, it has been defined as the free, independent voice of Denver, and we'd like to keep it that way. With local media under siege, it's more important than ever for us to rally support behind funding our local journalism. You can help by participating in our "I Support" program, allowing us to keep offering readers access to our incisive coverage of local news, food and culture with no paywalls.
Make a one-time donation today for as little as $1.