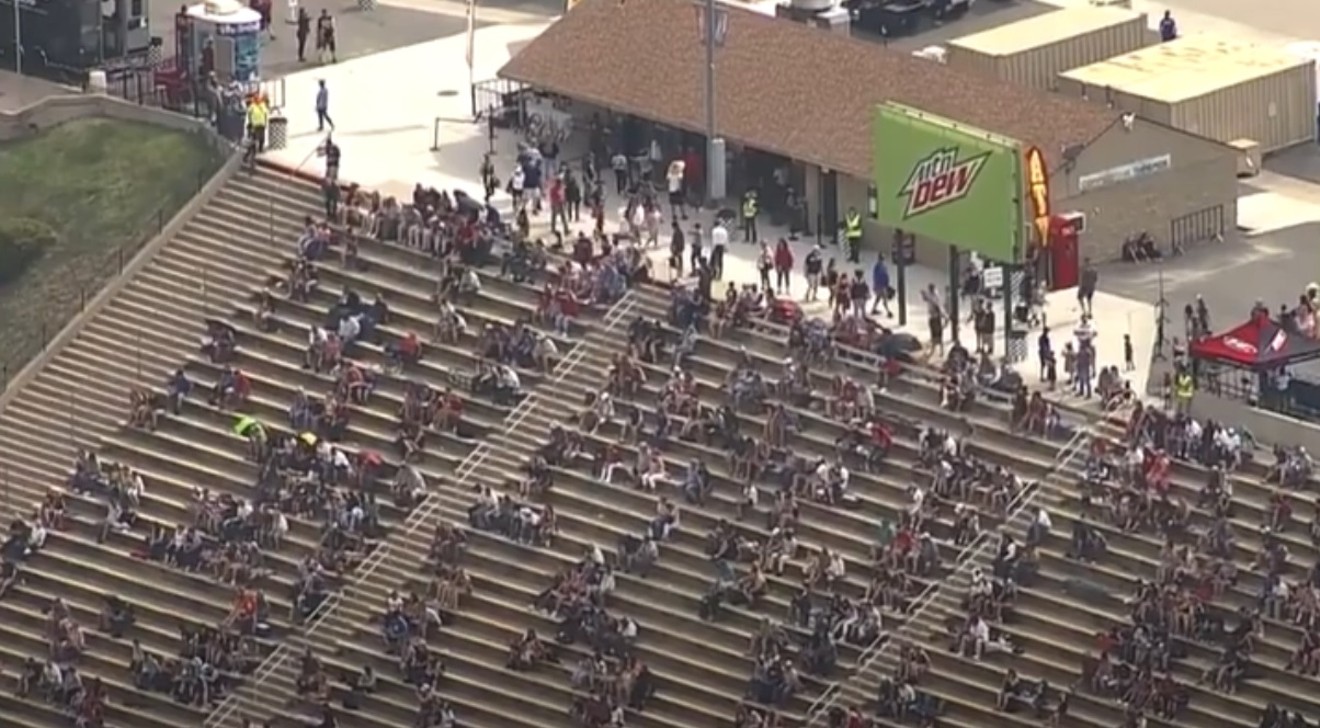 The crowd at a Fourth of July show at Bandimere Speedway that ran afoul of Jefferson County Public Health officials. CBS4 Denver
During a July 21 hearing in Jefferson County Court, Judge Tamara Russell declined to issue either a restraining order or an injunction against Bandimere Speedway related to a July 4 event with jet cars, prayer and fireworks that raised concerns with Jeffco health officials. But Russell did tell the operators of the family-owned business, led by John Bandimere Jr., to follow the county's current public health order, which requires permission in advance for any outdoor event of more than 175 people — a tiny percentage of the 7,000 or so that showed up on the Fourth.

The ruling puts the already-postponed Mile High Nationals, the racetrack's biggest annual event, in jeopardy, and during an appearance today, July 22, with KNUS morning host Peter Boyles, Bandimere implied that the business as a whole was at risk, too.

"It's easy for us to stay basically in compliance for everything that needs to be done with a smaller event," Bandimere said. "I don't think we anticipate any kind of an issue with county health on that. But that doesn't keep us alive. The time is coming really fast for us to make a decision."

A GoFundMe page to solicit donations for the Bandimere legal defense (nearly $50,000 has been pledged to date) notes that the facility is spread over more than 160 acres and has a typical capacity of 23,500 people. "Public Health 'Orders' purport to limit the facility to 175 people per event," the page's intro notes, "with other strict requirements for social distancing and limits on food service, masking, etc."

There were undeniably many times that number in attendance at the July 4 "God and Country Rally for America," prompting Jeffco to file for a preliminary injunction against future events at the facility. But in a previous interview with Westword, attorney and KNUS host Randy Corporon, who represents the speedway and also guested on Boyles's program this morning, contended that COVID-19 public-health orders issued by the state and jurisdictions such as Jefferson County "have been implemented in an improper and unconstitutional way that tries to create one-size-fits-all rules. The limitation to 175 people makes no sense in a public park or a mega-church or at Bandimere Speedway."

Cut to July 20, when Jefferson County Public Health issued a new order (click to read it) that modified the previous one by requiring pre-approval for events with anticipated attendance of more than 100 people indoors and 175 people outdoors. Because the edict wasn't in existence on July 4, Judge Russell dismissed the request for the preliminary injunction at the hearing the next day — but she also stressed that Bandimere Speedway must follow the latest order moving forward. 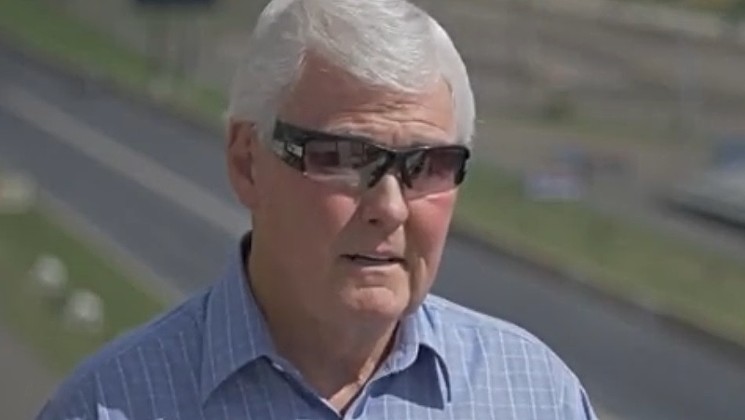 John Bandimere Jr. at the speedway that shares his family name.
YouTube
Corresponding via email, Corporon writes: "The Bandimere family is pleased that the Jefferson County Public Health case against them has been dismissed. No restraining order. No injunction. The support from the racing community and those who stand first for God and Country has been extraordinary. On very short notice, Judge Tamara Russell provided significant time for both sides to be heard. She was patient, fair and thoughtful throughout, which is all that litigants can ask of their judge."

Corporon adds: "Unfortunately, there is no victory here. The battle for the survival of Bandimere Speedway, and to expose the truth about the politics behind the Chinese Communist Party Virus, is just beginning. Cloaked in the armor of our Savior, Jesus Christ, we are trusting in God for guidance as we move ahead."

For his part, Bandimere insists that he wasn't trying to break the rules. "I think so many times people are confused about whether we want to be in compliance," he told Boyles. "We want to be in compliance if it makes sense. And what I mean by that statement is, when we have people come in to our facility and they tell us what we're supposed to do, we do that." However, he added, "This 175 people deal is really confusing. It's 175 people per event activity, but at this point in time, no one has been able to give us a real, solid explanation about what is an event activity."

On July 4, he continued, "We had 7,000 people, roughly, in the facility. I thought it was really great. The TV coverage we got showed social distancing: People were doing what they were supposed to do — but they didn't wear masks. Of course, how do you do that when it's hot outside? I don't know. We tell people we recommend it, but you can't go around and beat them over the head and make them wear one." In response to suggestions that the event eventually got out of hand, he argued, "The only thing that got out of hand is the fact that people were together enjoying life outside, where it's been proven that the disease or the virus is dead [sic]. So I've tried to be a good citizen."

As for the Mile High Nationals, originally scheduled to take place August 8 through August 10, "It has been postponed. It hasn't been deleted," Bandimere said. "The running of it with just a few thousand people, maybe 2,200 people — there's no way it could work."

Right now, he conceded, "I have real concern for my family. I have a son who's not doing well. But there's no question we know where our faith is, we know where our trust is, and we know the Lord will pull us through this. I'm expecting, honestly, a miracle. I'm just waiting for it."
KEEP WESTWORD FREE... Since we started Westword, it has been defined as the free, independent voice of Denver, and we'd like to keep it that way. With local media under siege, it's more important than ever for us to rally support behind funding our local journalism. You can help by participating in our "I Support" program, allowing us to keep offering readers access to our incisive coverage of local news, food and culture with no paywalls.
Make a one-time donation today for as little as $1.