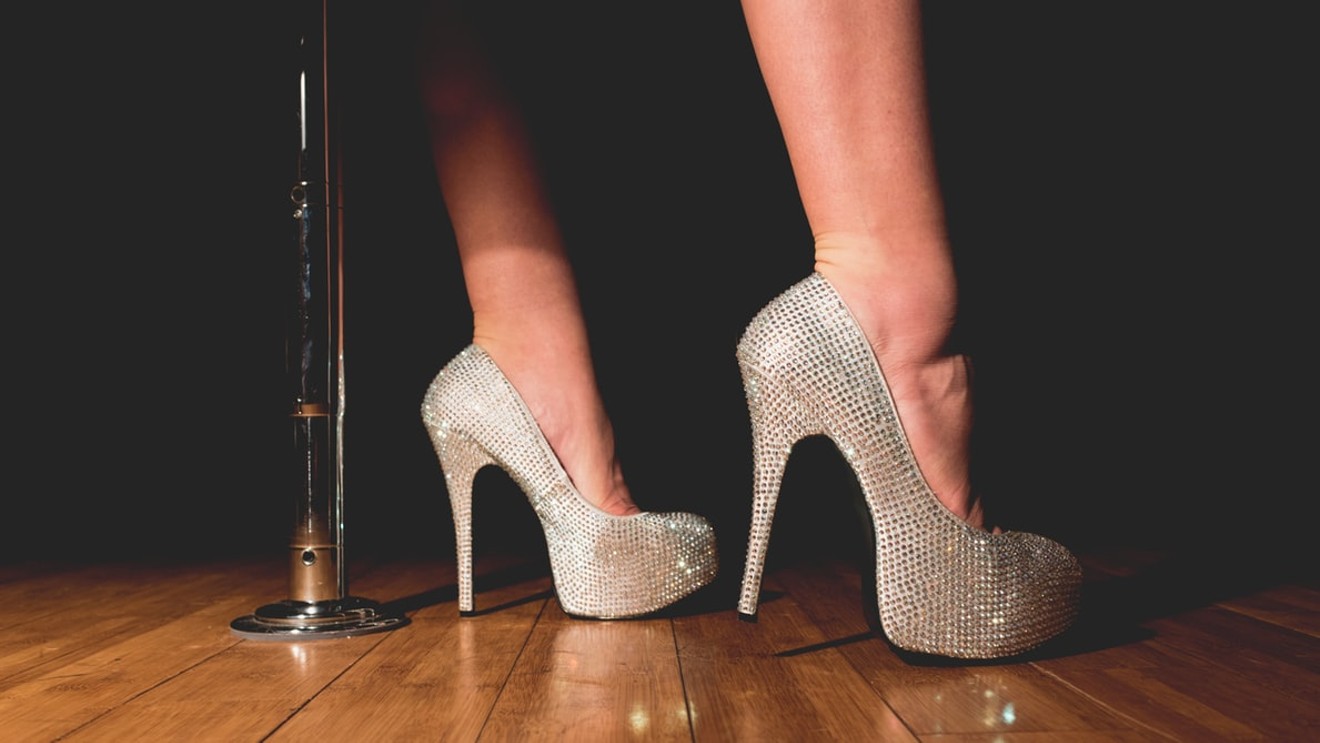 Photo by Eric Nopanen on Unsplash
Everyone across Denver and beyond has been affected by business closures prompted by the spread of COVID-19. But one group that's been off the radar: dancers at local strip clubs.

Why? Not only are the venues where they earn their living closed right now (and are likely to remain so for weeks or even longer), but the dancers are designated as independent contractors rather than employees. For that reason, they may not be eligible for unemployment benefits, leaving them without money to pay for food or shelter. Moreover, two dancers with whom we spoke say the businesses aren't offering a helping hand. Indeed, they both maintain that most of their bosses aren't even returning calls.

"At the clubs, it's really day-to-day," says a dancer we'll refer to as M. "You can have one really good night, and the next day, you're leaving home with less than you started with. Right now, I don't have any kind of nest egg or emergency savings, and most of the girls I've talked to are in a similar situation."

This observation is confirmed by T, a dancer speaking on behalf of the Colorado Entertainer Coalition, an organization she founded last year to advocate for sex workers, whom she defines as individuals performing "sexual labor in which their body is implicated." The CEC collaborates with several other groups that represent the interests of such performers, and, she says, "We're trying to figure out if there's a way where we can get people unemployment benefits even though they're independent contractors." That's an important goal for personal as well as general reasons, she notes, since "I'm out of a job, too."

The potentially good news: Based on various lawsuits dancers have pressed against local clubs and a potentially groundbreaking ruling passed down by the Colorado Supreme Court last year, these individuals should be eligible for unemployment benefits through the state. That's the interpretation of Mari Newman of Killmer, Newman and Lane LLP, and "I'm right," she says simply. But the law is tricky in this area, and it remains to be seen whether bureaucrats will interpret matters as she does without the dancers (and, potentially, their legal representatives) putting up a fight.

M, who had been dancing for several area clubs, learned on March 16 "that it was going to be the last night. I had contacted a manager a couple of days before, but I never got a response back — so I found out by contacting some of the other girls I work with." Since then, she and some of her fellow dancers have started a private Facebook group to keep in touch, "and so far, nobody's been able to receive any kind of assistance, and no one has been in contact with anyone from management."

Which means they're on their own. "As an independent contractor, which most strippers or adult entertainers are, you are responsible for all of your income," M explains. "We receive no wages of any kind from the club. Everything we earn is cash tips from customers. We have to file our taxes essentially as small-business owners. If you're taking things seriously and being as financially smart as you can, you file for an LLC and pay your own taxes."

The setup allows for a modicum of freedom, as she acknowledges: "For the most part, we choose when we go in and when we leave. We don't have to call in sick or have a schedule, and we can work at multiple clubs or do other business on the side — work a normal job. But being an independent contractor, we don't have any employee rights at the club, and the fee schedule is on a sort of sliding scale. The earlier you come in, the less you have to pay to dance. You can be charged $120 or more if you come in at ten or eleven at night, especially on the weekend, and every hour it changes. There are different amounts for different days. You have to pay just to get through the door, and you usually have to pay up front, not at the end of the night. And you have to pay out of your tips to the club DJ; the house mom, who brings us food and supplies; and the doorman, aka the bouncer, who walks us inside and walks us to our cars at the end of the night. We also have to either pay for parking or an Uber of Lyft to get home at the end of the night."

These expenses add up. "I just did my taxes, and I was probably paying up to $1,000 a month just in those fees and everything else that can go into them," she notes. "And unless you're really meticulous with your taxes and accounting — which I'd say most people in this industry aren't — all of it just goes away. I try to write off as much as I can, but there's so much to keep track of — every little amount."

Most of her peers "are living week to week," she confirms. "There's this big stereotype that strippers make ridiculous amounts of money, and it might have been true in the ’90s or the early 2000s. But after you take out all the taxes and fees, we're making between minimum wage and $20 or $30 an hour — which is good, but then you have all the taxes and fees. And the other thing is, we just came out of the slow season. The busier time of the year started at the beginning of March, but now this virus has put a halt to our business. Some people save up to get through the slow season, but I don't think many people have much left."

Furthermore, M's landlord is playing hardball, emphasizing that rent is due on the first of the month despite governmental calls to delay evictions during the COVID-19 outbreak. And her boyfriend, with whom she lives, is an independent contractor, too.

This screen capture from the Stripper Life website includes a prominent link to a page in support of Colorado dancers.
stripperlife.com
Some of the outfits with which the Colorado Entertainer Coalition works are soliciting donations for dancers (email [email protected] for details). In addition, the Stripper Life website, which is neither affiliated with nor endorsed by the coalition or its sister organizations, has started a GoFundMe site to benefit out-of-work dancers in Colorado (click to get additional information).

Right now, dancers don't have work-at-home options that many workers do. As M points out, if she brought a patron to her place and performed a nude lap dance, she'd not only be violating social-distancing rules, but "I'd probably be considered a prostitute."

And there are other challenges: M knows a dancer who was told by her landlord that he'd put her rent on hold if she presented him with a letter from her employer confirming that her business is shut down — but the club where she works has refused to do so.

In Newman's view, this lack of options "is exactly why the legal designation about being an employee matters. If you call somebody an independent contractor, the intention is for the employer to avoid all the obligations that come along with being an employer and therefore deprive the employee of the benefits of being an employee. And you can see the results of that at times of crisis. We see an entire category of employees who are being denied the opportunity to apply for unemployment benefits or even unemployment verification to take advantage of benefits some landlords and others are offering because their employers refuse to acknowledge their legal relationship."

Things changed in Colorado in June 2019, Newman says, thanks to a ruling related to a class-action suit led by dancer Georgia Santich. Here's how Newman laid it out for us last year: "In a particularly sneaky legal maneuver, the corporate owners who draft these one-sided contracts for their clubs tried to distance themselves from their legal responsibilities as employers by not signing the contracts with the dancers. But here’s the rub: By not signing the contracts, the corporate owners lose the right to enforce them. We argued that, because the corporate owners did not sign the arbitration agreements and class waivers, they should not be allowed to enforce them."

The Colorado Supreme Court agreed. In its opinion, the jurists determined that "the dancers' contracts must be held to the same legal standard as any other kind of contract," according to Newman. "The clubs’ owners, who did not sign the contracts, can only enforce them if they can somehow prove that the dancers intentionally misled them. To state the obvious, the opposite is true: The corporate owners tried to trick the dancers and the court system, and it backfired. Thus, the corporate owners will have to answer to a class action in federal court."

The case is still pending, and Newman stresses that more dancers can still join it. But while the larger questions remain unresolved, she contends that the Colorado Supreme Court's decision means that dancers in the state should be treated as employees when filing for unemployment. "My advice is that they should absolutely apply for unemployment benefits," she says. "If their bosses have been treating them as employees, as all of these dance clubs have, they should receive the benefits. They should make that argument when they apply, and the unemployment officials need to look past the contract to how they're actually treated as day-to-day employees."

But following this suggestion has been complicated by the Colorado Department of Labor and Employment website, which has been overwhelmed by applications and repeatedly crashed over a period of days whenever M tried to access it. In the meantime, she continues to feel frustrated over the situation that she and her peers find themselves in.

As she puts it, "Not just here but across the country, club owners consistently show that they give zero fucks about their dancers."
KEEP WESTWORD FREE... Since we started Westword, it has been defined as the free, independent voice of Denver, and we'd like to keep it that way. With local media under siege, it's more important than ever for us to rally support behind funding our local journalism. You can help by participating in our "I Support" program, allowing us to keep offering readers access to our incisive coverage of local news, food and culture with no paywalls.
Make a one-time donation today for as little as $1.