Hundreds of Thousands of Spiders Sent to Denver Museum, Because Science 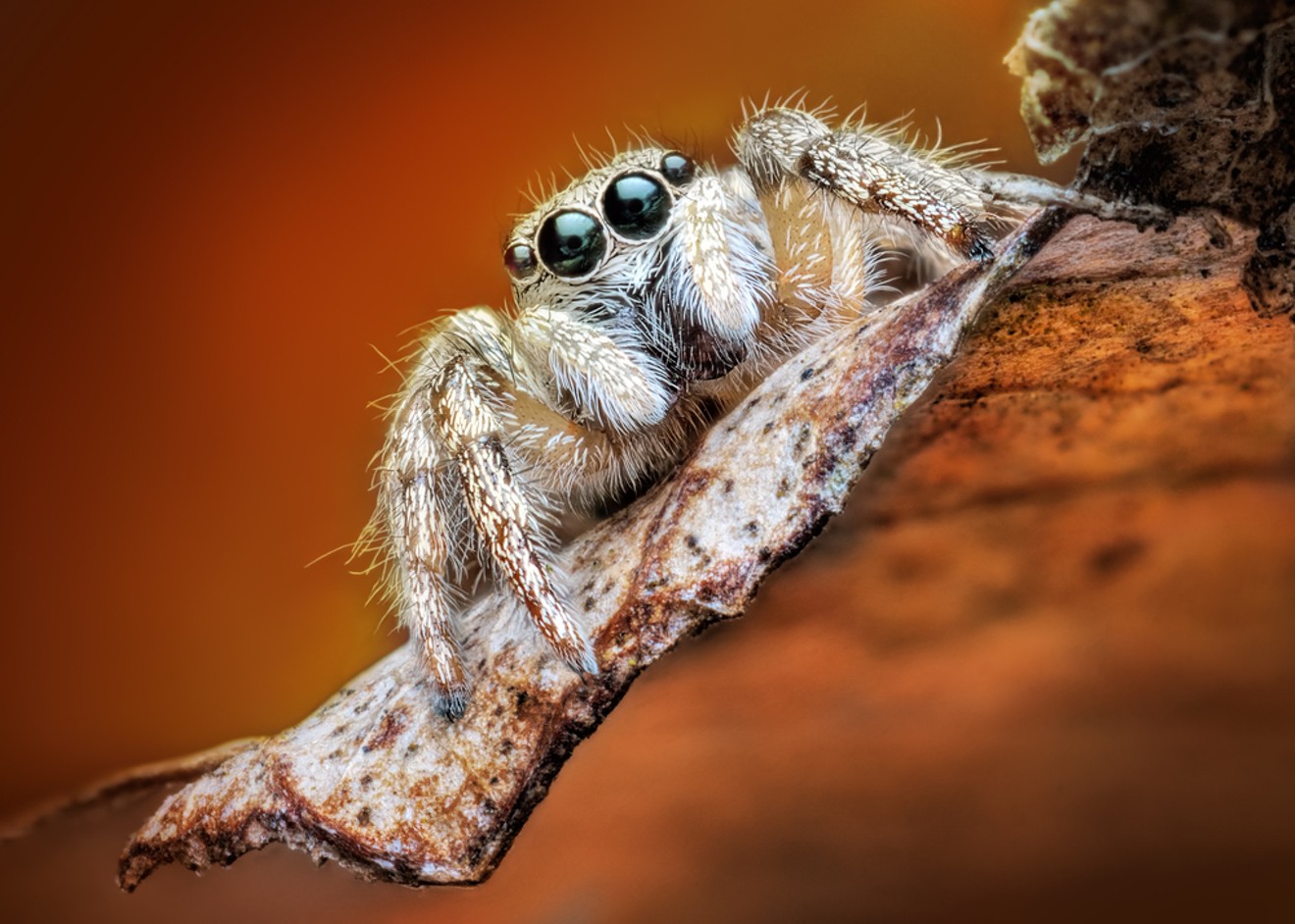 NOPE. Shutterstock.com/Sebastian Janicki
The mere thought of 40,000 spiders in a room is a nightmare for most people. But for Paula Cushing, arachnid enthusiast and researcher, it means that the Colorado Spider Survey has been a success.

The survey, which Cushing started in 1999, is creating the first major database of spiders in Colorado and filling in a totally "understudied" piece of the state's biodiversity, she says. By personally training hundreds of Coloradans in spider biology and techniques for catching and preserving specimens, Cushing has provided the first step in helping us understand spiders in the Rocky Mountain Region.

"These kind of baseline biodiversity studies are important in laying the groundwork to figure out where the different species are found, what kind of habitat they are found in, and whether there are any that are really specific to a habitat such that, if that habitat changes, then that population may be...at risk," explains Cushing, who started the Spider Survey eighteen years ago, hoping to answer basic questions like these about Colorado spiders. Now, hundreds of thousands of arachnid specimens have been collected by Coloradans and sent to the Denver Museum of Nature & Science, where the survey is headquartered. So far, she and her colleagues have categorized about 40,000 spiders.

Cushing explains that development on the Front Range may be impacting spider populations, but that scientists simply do not know yet, because basic data has not been collected. Ongoing development makes public understanding of how spiders live very important to their conservation. "Because [spiders] are understudied, it’s really hard for scientists to identify populations or species that may be at risk. We just don’t have the baseline data to make that kind of assessment," she says.

Paula Cushing, tarantula in hand.
Courtesy of Denver Nature and Science Museum
The Colorado Spider Survey is a citizen-science initiative that allows regular people to catch, preserve and send specimens to the Denver lab, says Cushing. She herself has trained over 800 Coloradans in identifying and catching spiders, which provides her and her team with ample eight-legged creatures to analyze.

But there is a downside: The spiders have to be killed and preserved before they can be studied in the lab. "The way you tell one species from another is actually to examine their genitalia, and live specimens tend not to like when you look at their naughty parts," Cushing says.

Hundreds of thousands of specimens have been categorized into over 650 species of spiders that call Colorado home. These include average species like house spiders, jumping spiders and garden spiders, along with the venomous black widows.

However, Cushing says that she has found at least one instance of foreign spiders extending their range into the area, including the "ant spider," a small, smooth, black creature that is typically hard to find in North America. Even better, Cushing was unable to identify a couple of specimens, suggesting that the survey may be responsible for the discovery of new spider species.

The prospect of naming new species was part of the reason that Cushing was drawn to study spiders as early as high school, when she gave her first spider lecture.

"I've always been interested in anything with an exoskeleton and jointed legs," she says. "And I've always wanted to go into research.... If you're interested in animals, you're talking about arthropods, because there's already been a lot of work done on vertebrates.... So I knew [the field] would be wide open and there would be lots of ways to participate and move the field forward."

The survey is still ongoing, though the specimens are coming in more slowly. Cushing says that anyone can get involved, provided they read up on the correct ways to catch, ID and ship the spiders to the lab.

Cushing has recently turned her attention to studying the evolution of solpugids, also known as "camel spiders," which are occasionally found in Colorado.