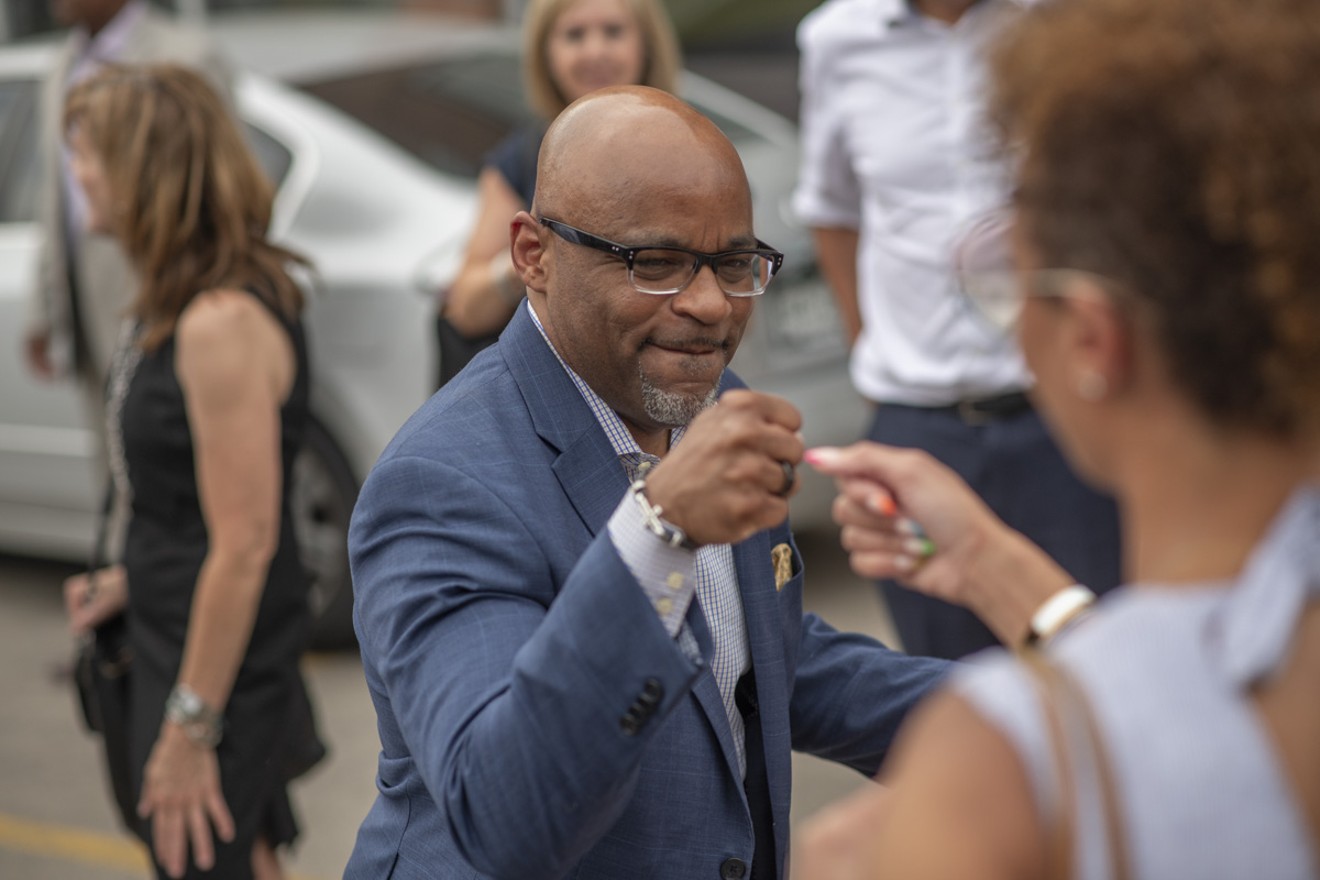 Mayor Michael Hancock has less than a year left in office. Evan Semón
Mayor Michael Hancock is now in the last year of his third and final four-year term as chief executive of the Mile High City, and just about everyone agrees that twelve years of one mayor seems like a long time.

In the second half of the nineteenth century, no Denver mayor held the seat for more than two years. It wasn't until Robert Speer served as mayor from 1904 to 1912, and again from 1916 to 1918, that a Denver mayor had the job for even eight years. Then came Bill McNichols, who served as Denver mayor from 1968 to 1983 and lost his fourth race to Federico Peña.

But while Peña made the call to just serve two terms, people across the country were calling for official restrictions that would prevent politicians from holding a position seemingly for life.

In 1990, Colorado voters approved a measure that placed term limits on statewide offices and seats in the Colorado Legislature — either two consecutive four-year terms or four consecutive two-year terms. And in November 1994, voters passed another amendment — the Colorado Term Limits Amendment — that placed term limits on elected officials across the state. The most significant element of the measure was that it limited members of the U.S. House of Representatives from Colorado to three consecutive terms rather than the unlimited number allowed nationally for U.S. representatives.

The next year, though, the U.S. Supreme Court ruled that states could not pass term limits that were stricter than those itemized in the U.S. Constitution. And Tom Tancredo, the former state lawmaker who was the chairman of the Colorado Term Limits Coalition, later went on to represent the new 6th Congressional District from 1999 to 2009.

While the section of the Colorado Term Limits Amendment dealing with Congress was ruled  unconstitutional, the part of the measure that limited local elected officials to two consecutive terms remained in place unless voters decided otherwise (and some municipalities have). So did the two consecutive-term limits for the State Board of Education and the University of Colorado Board of Regents. The proposal didn't affect term limits for statewide offices or the Colorado Legislature, since term limits had already been adopted in 1990.

As a result, any Denver mayor or member of Denver City Council elected after January 1, 1995, was limited to two terms from that point on. (Mayor Wellington Webb squeaked by, and was able to serve three terms, from 1991 to 2003).

Many on Denver City Council didn't like this arrangement, and in 1996 council referred a ballot measure to voters to eliminate term limits for those elected to Denver municipal offices. Voters rejected the proposal, however. Council soon tried again, putting a charter amendment on the November 2000 ballot asking for voters to allow Denver's municipal elected officials to serve up to three consecutive terms instead of the two terms allowed under state law. 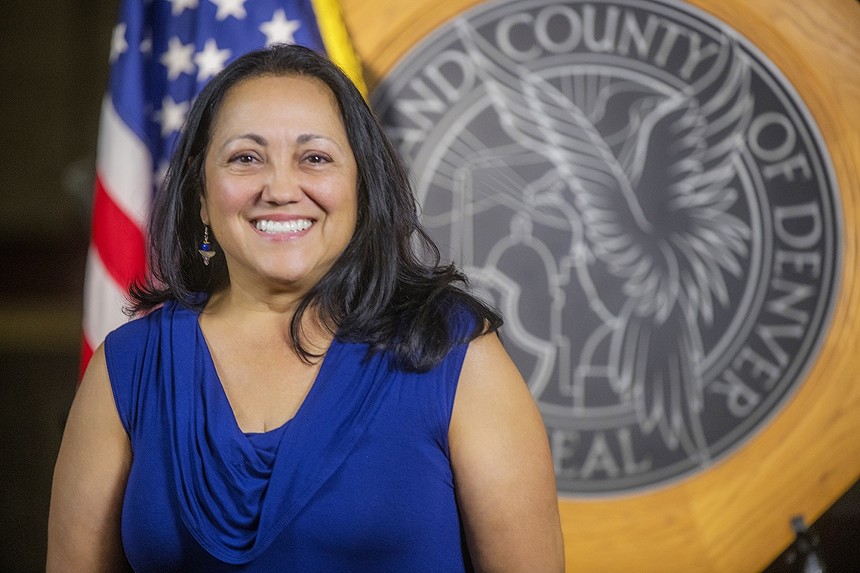 Debbie Ortega witnessed the term-limit craziness in the early 2000s.
City of Denver
But the third term that voters approved applied only to those elected from 2001 onward. That left council decimated.

"That affected ten out of thirteen of us who had to leave at the same time. And the three that had to move on were the youngest members serving the least amount of years," Councilwoman Debbie Ortega says of the council changes in 2003, when an incredible amount of knowledge on "how the city works just walked right out the door."

Ortega had served as a district councilmember from 1987 to 2003. After a failed run for city auditor, she  won an at-large council seat in 2011. She is now finishing her third term in that position and has launched a run for mayor.

Ortega is not a huge fan of term limits, and says she believes that Denver voters are smart enough to make good choices without such restrictions. "How many times have we seen incumbents knocked out and replaced by somebody that was challenging them?" she asks.

John Hickenlooper, a brewpub owner who was elected Denver mayor in 2003, didn't quite finish two terms, opting to run for Colorado governor in 2010. Hickenlooper won that race, and served the allowed two terms in that office before running and winning a U.S. Senate race in 2020.

Unlike Hickenlooper, Hancock will have remained in the mayor's office for the maximum three terms and twelve years when a new mayor is elected next spring.

Owing to term limits, three councilmembers — Chris Herndon, Robin Kniech and Ortega—won't be running for re-election. And while most of the remaining members of council are again campaigning, two incumbents who could run for an additional term — Jolon Clark and Kendra Black — have opted against another run.

"Eight years is a long time to serve, and I think it's plenty," says Black, the representative for council District 5. "I think it's good to get fresh, new ideas in after eight years."

Black would be open to rolling Denver back to a two-term limit for elected officials, which would require another vote of the people. "If someone wanted to start talking about it, I'd definitely be interested in talking," she says. "I'm looking forward to having someone else serve as my councilperson. It's a hard job, and politics can be pretty brutal. I'm looking forward to doing something different with my life, and also looking forward to having someone else step in and represent my district."
KEEP WESTWORD FREE... Since we started Westword, it has been defined as the free, independent voice of Denver, and we'd like to keep it that way. With local media under siege, it's more important than ever for us to rally support behind funding our local journalism. You can help by participating in our "I Support" program, allowing us to keep offering readers access to our incisive coverage of local news, food and culture with no paywalls.
Make a one-time donation today for as little as $1.