Derek Wolfe Introduced as Tyler Polumbus Replacement on 104.3 The Fan 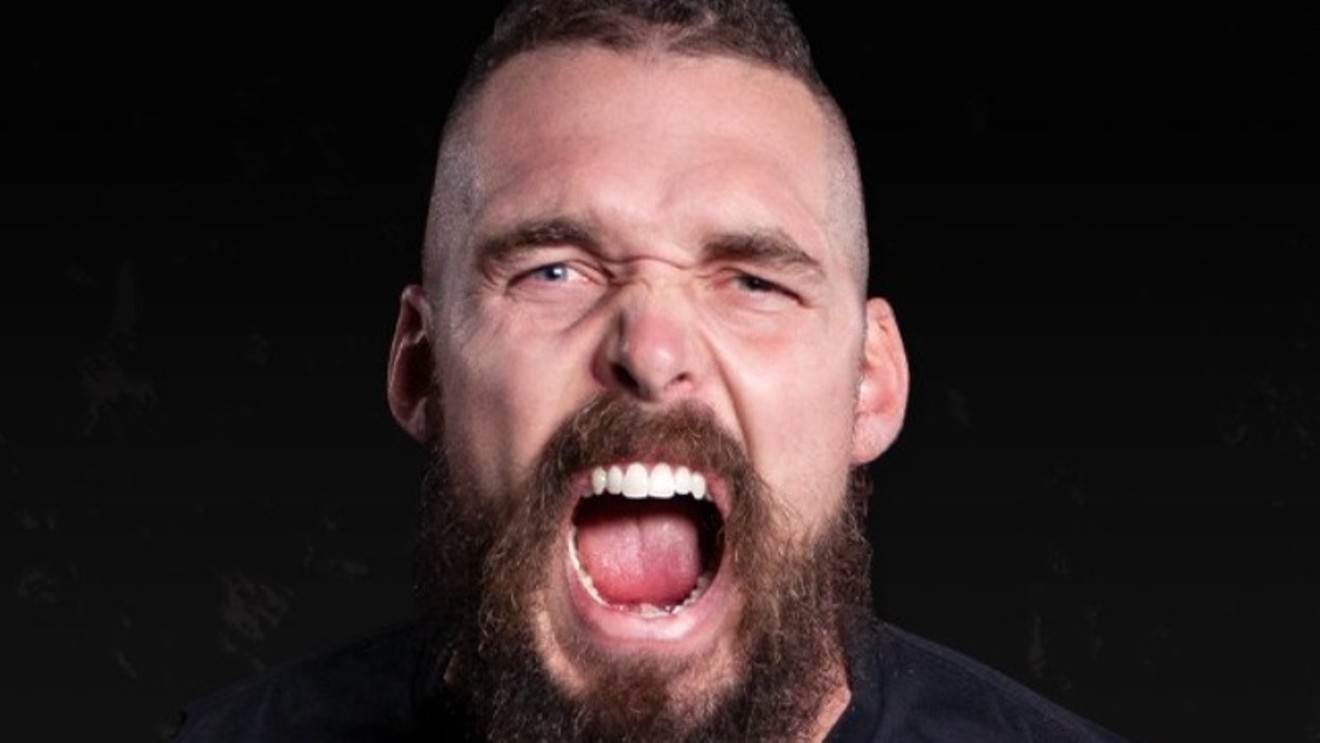 Sports-radio 104.3 The Fan tweeted out this photo of former Broncos great Derek Wolfe at 5:02 p.m. on October 3, around the time he was being introduced as the new co-host of The Drive. 104.3 The Fan
On September 18, former Denver Bronco-turned-broadcaster Tyler Polumbus announced that his contract hadn't been renewed with sports-radio station 104.3 The Fan, ending his first-rate stint as co-host of weekday afternoon staple The Drive with Best of Denver winner Darren "D-Mac" McKee. Asked for details the next day, a source close to the outlet would only say that management had been presented with "a unique opportunity" to obtain the services of a notable new partner for D-Mac.

During the final hour of The Drive yesterday, October 3, that new co-host was introduced: Derek Wolfe, one of the most outsized personalities on the Broncos squad that won Super Bowl 50. Wolfe is also a fan favorite, and while he spent his last few years on the field as a member of the Baltimore Ravens, he returned to Denver in July to retire as a Bronco.

Polumbus's ouster was far from the only big change to precede Wolfe's arrival. Two days before Polumbus shared his news on Twitter, the station announced the retirement of veteran host Sandy Clough. But in a subsequent interview with Westword, Clough admitted that his move was predicated by the cancellation of the two shows that had filled weekday evenings on The Fan — the 9 p.m.-to-midnight program in which he teamed with Shawn Drotar, plus the 6-to-9 p.m. offering with ex-Bronco Orlando Franklin and Cecil Lammy.

Then, over the past week, ongoing hosts began giving away tickets to a secret event on Monday at Mile High Station to be catered by Brothers BBQ. The bash turned out to be Wolfe's debut, and as seen in the video below, the audience on hand was thrilled by his presence.

When D-Mac asked why he'd accepted a gig on The Fan, he ribbed his new compatriot, saying, "I want to give you a hard time. I'm here to keep you in check."

Seconds later, he elaborated by noting, "This Broncos team. It's a whole new regime from the top down, and I already know you're going to be busting their butts — I'm trying not to swear, I'm doing a good job so far.... So I need to be on the other side and say, 'Look, give it time.' You've got to be patient with this team, because they're going to be great.... We have the best of the best, from ownership all the way down."

The homerism of these sentiments isn't exactly an easy fit with 104.3 The Fan's brand. Because the station doesn't have a direct affiliation with any of the pro sports franchises in town, including the Broncos, its talent has taken pride in a willingness to criticize when criticism is deserved, rather than being non-objective apologists. That's not always easy for former athletes, but both Polumbus and current midday host Brandon Stokley have long struck such a balance.

Will Wolfe be able to develop this ability over time? Back in 2017, he made headlines when he responded to athletes taking a knee during the playing of the National Anthem by saying, "If you don’t think we are the greatest country in the world and you reside here, then why do you stay?"

Still, based on his first hour in front of a microphone as a professional radio personality, as opposed to a guest commentator, Wolfe showed promise, exhibiting burly humor and enthusiasm, as well as an ability to go back and forth with D-Mac, who's got the rare skill of being able to make all of his broadcast partners better. While it's too early to guess how high Wolfe's ceiling will be in this new medium, for now he's the biggest new star on the Denver media landscape — and he's ready to shine.

Listen to his first segment on The Fan below.