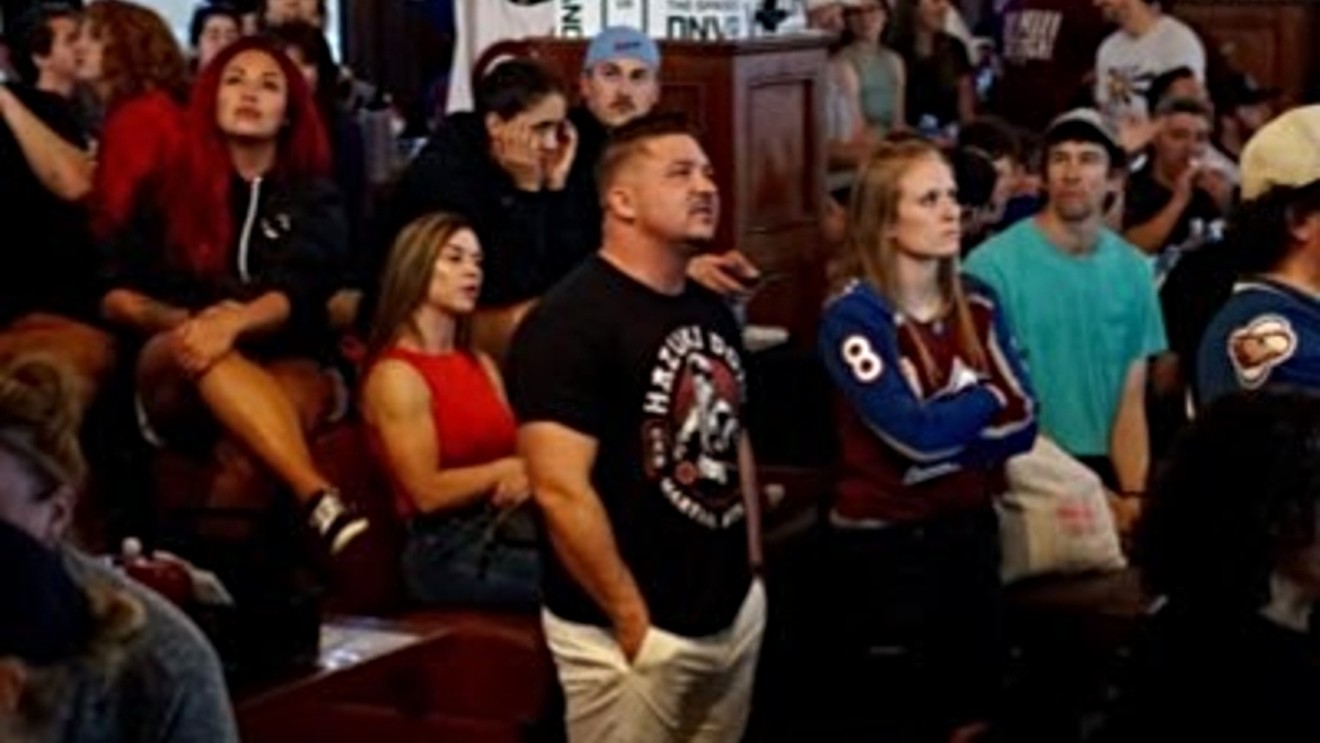 DNVR chief executive officer Brandon Spano, center, with Denver sports fans. Courtesy of Brandon Spano
The Denver Sports brand was launched earlier this month to tremendous fanfare. But not everyone is cheering — and a resulting dispute has now moved into federal court.

On January 6, three days after Denver Sports's official debut, the legal team for the digital sports network DNVR sent a cease-and-desist letter to the new entity inspired largely by its logo, which uses the same black-and-white color scheme as DNVR's, along with a similar but not identical depiction of a mountain backdrop. According to the letter, this imagery "dilutes and tarnishes the DNVR brand and misappropriates the goodwill and reputation of DNVR" to benefit Denver Sports, which encompasses popular sports-talk radio station 104.3 The Fan and three other broadcast outlets.

"They used something we created and put it into the marketplace," contends Brandon Spano, chief executive officer of ALLCITY Network, whose affiliates include DNVR, which he co-founded, and the spinoffs PHNX and CHGO, located in Phoenix and Chicago. "They're not even hiding it. They're trying to look exactly like us."

The letter gave Utah-based Bonneville International, owner of Denver Sports, until January 9 to accede to its demands, which included the immediate withdrawal of the logo. When that didn't happen, StudioIP LLC, the law firm and creative agency that represents DNVR, filed a complaint against the corporation in U.S. District Court for the District of Colorado. The January 13 action doubles down on the letter's claims, citing "trademark infringement, unfair competition, trade dress infringement, dilution by tarnishment, and tortious interference arising out of Bonneville’s trademark infringement of Plaintiff’s trademarks."

Raj Sharan, program director of The Fan and local overseer of Denver Sports, to whom the cease-and-desist letter was addressed, denies any wrongdoing. In a response on behalf of Denver Sports and Bonneville that addresses the letter specifically and the complaint by association, Sharan states, "Bonneville denies the allegations, which have absolutely no merit, and our legal counsel is preparing a formal response. Denver Sports remains committed to delivering the most in-depth and inclusive local sports content for all Denver sports fans."

Social-media posts about the logos' common characteristics began popping up soon after the Denver Sports announcement on January 3. Here's an example from podcaster Scott DeHuff.

Bottom pic is The Fan.

Other postings shared in the letter echo this reaction. They include:


“When I first saw it, I legitimately thought it was franchised.”

“Almost clicked this story. Thought it was @DNVR_Sports”

“I was literally trying to find 104.3 on twitter (sic) earlier to see the new logo and thought I was seeing DNVR Sports as the only result.”

“Did you guys change it from DNVR? I liked the old logo better.”

“This feels like you’re trying to copy @dnvr_sports. Even the logo is similar…”

Spano, speaking alongside Eric Wedum, DNVR's chief creative officer, says these takes inspired the letter and the lawsuit. In his words, "There was this groundswell from fans in the Denver sports community who felt similar to the way we did when we saw The Fan's new branding come out — especially after what we've seen them do in the last couple of years to kind of mimic us."

A January 10 Westword post about Denver Sports noted that its concept, which supplements The Fan's radio offerings with online columns, video programs and more, would likely strike DNVR loyalists as familiar. But Sharan said Denver Sports's true precursors were brands previously created by Bonneville in other markets where it owns radio stations — among them, Seattle Sports, Arizona Sports in Phoenix, and KSL Sports in Salt Lake City.

"It's a big initiative across our entire company," Sharan stressed. "We're trying to create strong radio brands, but digital brands as well — and Denver Sports is more of an umbrella brand we've created for different audiences. People can go to Denversports.com and read columns and watch videos. But we still have The Fan, in addition to ESPN 1600, our nationally branded station. The way I describe it is like meta is for Facebook and Instagram." 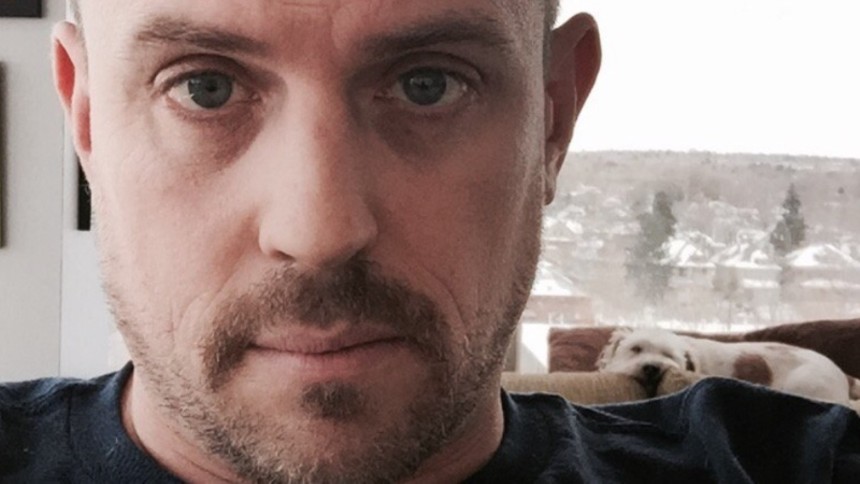 Eric Wedum is DNVR's chief creative officer and brand designer.
Courtesy of Eric Wedum
"I created the visual brand, and when we set out to make this visual presentation, there was nothing else like it," Wedum says. "We departed from traditional sports and tried to create a brand that was more about culture and community — something larger than sports itself, something that was really about the City of Denver."

The illustration that's intrinsic to DNVR's logo is a stylized version of the Denver city flag, and Wedum argues that it "delivers a clear message of who we are — and I don't see that in what they're trying to put out into the world." In his view, "The Fan has, ironically, shown contempt for fans. They don't want to include people in the conversation. They want to talk at them. But we want to present something that's very inclusive, that represents both sports and the City of Denver."

"Our motto is that we make it more fun to be a fan," Spano adds. "We established our reputation on goodwill and positive fan engagement, as opposed to creating content to drive consumer engagement through rage-bait or clickbait — really inciting the fan base instead of making a more fun environment. I think the kind of content that The Fan creates is more likely to anger fans and encourage them to respond that way rather than engaging them positively — and that really hurts our brand. They're exactly the opposite of us, and they're doing it for the opposite reasons, but they're using our likeness to do it."

DNVR plans to stage a town hall later today — the details are still in flux — to further explain to its users why the decision was made to file a formal complaint against Denver Sports. "This isn't about us just trying to cause trouble," he says, "and this isn't us trying to create publicity. We want our fans to understand how important our brand is to us."
KEEP WESTWORD FREE... Since we started Westword, it has been defined as the free, independent voice of Denver, and we'd like to keep it that way. With local media under siege, it's more important than ever for us to rally support behind funding our local journalism. You can help by participating in our "I Support" program, allowing us to keep offering readers access to our incisive coverage of local news, food and culture with no paywalls.
Make a one-time donation today for as little as $1.