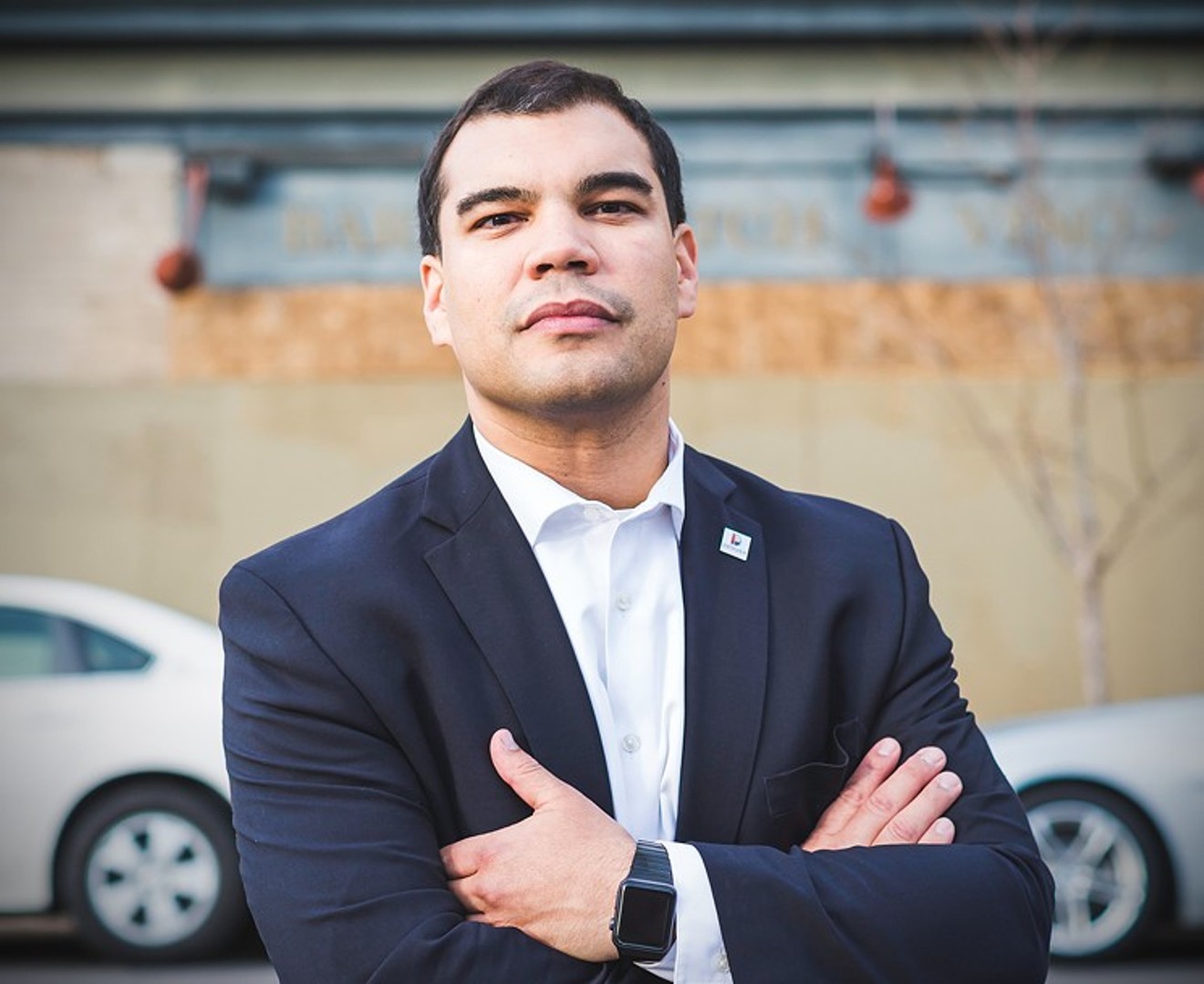 Erik Soliván, the now former head of the Denver Office of HOPE. Jake Holschuh
It was a big deal — insofar as city politics go — last January when Mayor Michael Hancock announced the appointment of Erik Soliván as the head of an office called HOPE, short for Housing and Opportunities for People Everywhere. Soliván, who came to Denver from Philadelphia, where he'd been senior vice president of the Philadelphia Housing Authority, was handed a $135,000 salary and the gargantuan task of overseeing Denver's responses to issues ranging from homelessness to home ownership. That included advising on a five-year affordable-housing plan, which Westword explained, along with Soliván's role behind it, in “Man With a Plan,” our December 7, 2017, cover story.

But as fallout from the Ink! Coffee controversy in late November 2017 continues, affordable housing and gentrification have come into sharp focus. And as the city heads into a municipal election season, every politico in Denver, from the mayor on down, has been scrambling to defend — or broaden — their résumés when it comes to efforts around affordable housing.

Soliván helped expand the five-year-plan from a simpler concept of using a $150 million fund approved by Denver City Council in 2006 to build 6,000 affordable units over ten years (which would have only made a dent in the expected shortfall of 32,000 homes and apartments in Denver this year). Given the recent fever-pitch around affordable housing, though, the plan has come under attack for not being ambitious or creative enough. The pile-on has come from the public during large events like a Gentrification Summit on January 13, as well as from Denver City Council members and the mayor's Housing Advisory Committee, which after a year of meandering meetings seems to have recently discovered a sense of urgency.

Mayor Michael Hancock has worked closely with Erik Soliván.
Jake Holschuh
Then this January, the Hancock administration decided to fold the office of HOPE under the Office of Economic Development. That came along with a job posting for a new "Chief Housing Officer” that will oversee HOPE, a $20 million budget and up to twenty employees dedicated to housing issues. The job posting closed yesterday, February 12. According to OED spokesman Derek Woodbury, the “realignment” moves are intended “to establish a more resilient and robust citywide housing team [and] to improve coordination and alignment of housing policy with housing operations.”

Soliván has since resigned, Westword has confirmed. A copy of his resignation letter to Mayor Hancock, dated February 12, is embedded at the bottom of this article.

Soliván's ideal approach to tackling Denver's housing crisis has diverged from that of the Hancock administration — especially as the topic is shaping up to be the central campaign issue heading into the May 2019 election.

As recently as November, Hancock told Westword: "When you walk in a room and you're dealing with housing, you're not going to find a more knowledgeable person than Erik Soliván. He's almost like the head coach. He doesn't have to be the expert of every area, but he certainly should know all the X's and O's. And I think that's the power of the knowledge and wisdom that Erik brings to the table."

Now there will be another mayoral appointee with a six-figure salary, the Chief Housing Officer, who will be head coach and attempt to rally the team.