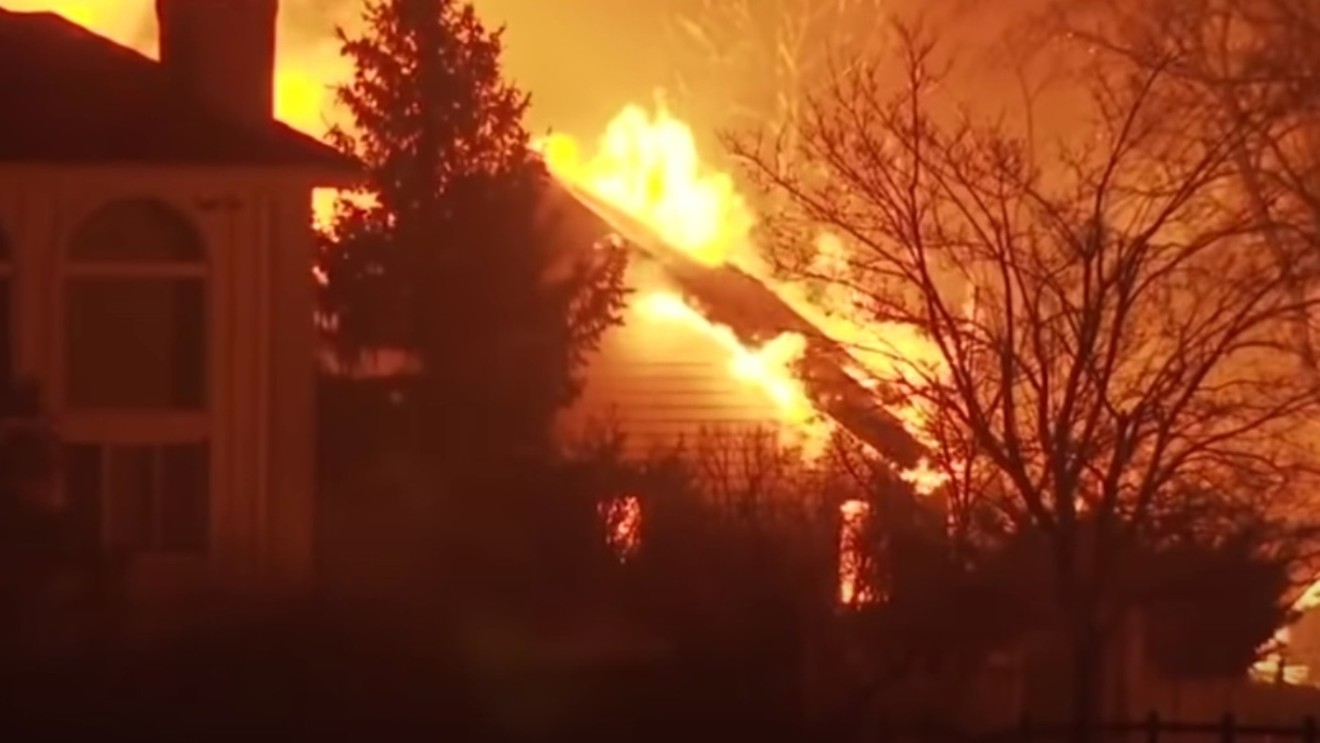 Hundreds of homes were destroyed by the Marshall fire. Denver7 via YouTube
The Marshall fire, which roared to life on December 30, destroying hundreds of homes and devastating thousands of lives (two people remain missing), is 100 percent contained, according to federal authorities. Now the focus is shifting to cleanup, rebuilding and an investigation into the conflagration's genesis, with investigators focusing on a single neighborhood and possible ties to Twelve Tribes, a fundamentalist Christian sect that has a reported network of seventy communities worldwide.

The latest report from the Rocky Mountain Type 1 Incident Management Team assigned to the Marshall fire, updated on January 3, links to a map offering information about what are defined as "hard closures," defined as "areas where only residents and support staff are allowed," and "soft closures," described as "areas where residents are allowed restricted access to their property." The team states: "Any non-residents in the fire area, or anyone accessing areas that have not been deemed safe, will continue to hamper the clearance process of impacted areas. Compliance with closures is imperative to get areas open as quickly as possible so incident responders can focus on restoring access and recovery efforts."

The fire itself spread over 6,026 acres, and the team points out that as of January 3, "heat still exists within the contained perimeter, which includes areas among structures. The primary objective for fire managers remains public and firefighter safety." The 191 crew members on the scene are currently addressing any lingering hot spots in advance of winds forecast for tomorrow, January 5.

The update adds: "Fire crews are working in coordination with utility crews and law enforcement to complete their work of repopulating communities in a safe and timely manner. Night shift firefighters and law enforcement remain engaged in their duties in both soft and hard closure areas. Areas of significant heat, which have the potential to flare back up, still exist around some of the impacted structures. It will take firefighters some time to methodically go around each structure to ensure that they are out and pose no hazard to the fire perimeter or adjacent unburned structures. Some areas of the fire may continue produce smoke from smoldering vegetation and debris."

Governor Jared Polis and Boulder County Sheriff Joe Pelle provided an update about the fire on January 3.
"As community members impacted by the Marshall fire face the difficult task of rebuilding, the state is working around the clock to provide easy access to one-stop sites for resources including the Disaster Assistance Center, and now individuals who have lost their employment can access FEMA’s Disaster Unemployment Assistance," Polis said. "Coloradans have the spirit of resolve, and we know this is going to be a long road back for community members as well as businesses, which is why the state is ready to assist our fellow Coloradans. We are here for our neighbors in their time of need."

Pelle made news when he revealed that investigators believe the blaze's starting point was not downed power lines, as first suggested, but tied to an area near Colorado State Highway 93 and Marshall Road. "The fire originated somewhere in that neighborhood," he said. "There was a viral video that was posted of a shed on fire."

The shed hasn't definitively been identified as ground zero for the fire, he added. But area resident Mike Zoltowski told the Denver Post that he thinks he saw the fire start amid houses and land occupied by Twelve Tribes members. The group runs Boulder's Yellow Deli, the subject of a December 2019 article in the CU Independent, a student paper, headlined "Yellow Deli restaurant linked to organization accused of child abuse, CUI investigation finds."

An excerpt from the piece: "The CUI did not find direct allegations of child abuse at the Yellow Deli, but in an undercover visit to Boulder’s Twelve Tribes’ compound where all Yellow Deli employees live, a young child appeared to be beaten. Six ex-members of Twelve Tribes told the CUI they were witnesses or victims of child abuse in Twelve Tribes locations around the globe. Others described intense control exerted by the group on its members. 'Childhood was hell,' said Alex, an ex-member who agreed to talk with the CUI without the publication of his last name."

Click to read the current list of affected businesses, structures and homes, as well as information about additional resources.
KEEP WESTWORD FREE... Since we started Westword, it has been defined as the free, independent voice of Denver, and we'd like to keep it that way. With local media under siege, it's more important than ever for us to rally support behind funding our local journalism. You can help by participating in our "I Support" program, allowing us to keep offering readers access to our incisive coverage of local news, food and culture with no paywalls.
Make a one-time donation today for as little as $1.