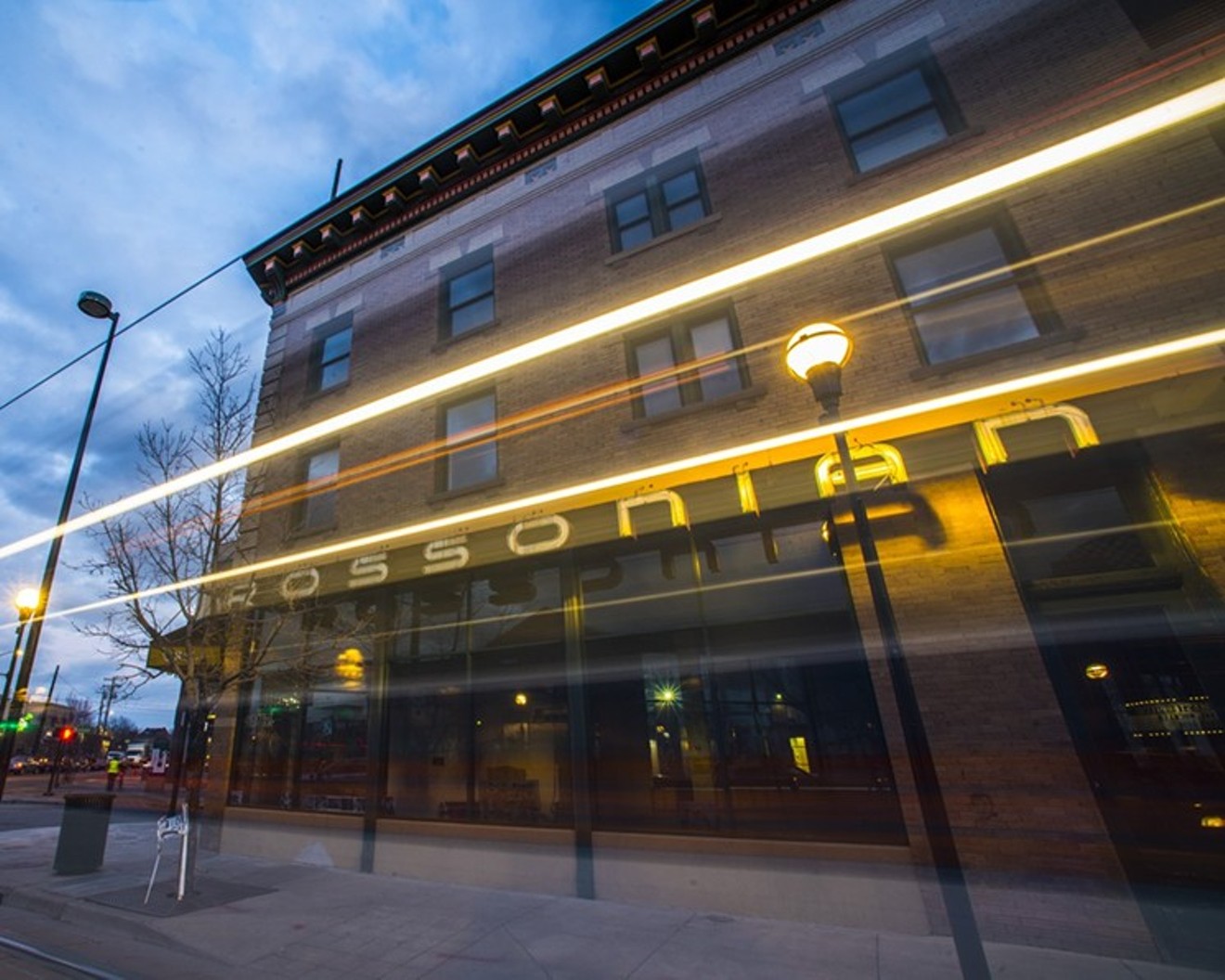 "We are planning the concept of a restaurant, jazz club and hotel, all while still honoring the history of the neighborhood," says Krystal Shores, a spokesperson for Palisade Partners, one of the developers working on the Rossonian project. "There are no updates at this time."

On November 30, Craine Architecture, a firm working on the project, submitted a concept plan and a "renovation concept narrative" to the city. It lays out in detail what Palisade and its partners have planned for the space that once hosted performances by such luminaries as Duke Ellington and Count Basie, and housed Black artists and businesspeople when other hotels would not.

While keeping the Rossonian's circa 1912 exterior intact, the plan calls for removing current structures and constructing an eight-story building on a parcel next to the hotel. The Rossonian and the new structure would then be transformed into an 88-room hotel, with five of those rooms large suites. There would be a restaurant and bar with a music component on the ground floor of the Rossonian with space for 140 people; in the basement, the developers want to construct a speakeasy lounge that has a forty-person capacity. And in the basement of the new addition, the developers hope to establish a 3,000-square-foot event space.

Palisade Partners has already built the Hooper, a nine-story apartment complex next to where the addition will be built. According to one of the documents submitted by Craine Architecture, "a connection at street level between the Rossonian and the existing Hooper building is also being considered and its implication will be analyzed further with City’s staff."

The concept plan predicts that the project will start in June 2024 and be wrapped up by August 2026. But there's no guarantee of that timeline, given decades of stops and starts at the Rossonian.

The building originally started out as the Baxter Hotel, then became the Rossonian Hotel in 1929, when Five Points was the heart of Black Denver. The Rossonian became its most important cultural institution, and the lounge gained a reputation as the best jazz club between Kansas City and Los Angeles. Jack Kerouac stopped in on the legendary trip that led to his writing On the Road.

But in the mid-twentieth century, newly established laws preventing racial discrimination broke the barriers to entertainers staying in other hotels, and an end to redlining allowed Black residents of Denver to buy homes outside of Five Points.

By the ’60s and ’70s, the Rossonian was struggling to break even. It went through multiple owners before closing altogether.

In the early 1990s, one owner tried but failed to establish a jazz club in the building, which is on the National Register of Historic Places. In 2005, developer Carl Bourgeois, who played a major role in revitalizing Five Points, bought the Rossonian; his plans to open a jazz club and restaurant in the hotel didn't pan out, either.

In August 2017, Palisade Partners bought the Rossonian for $6 million from Bourgeois (he passed away in July). In the years since, Palisade has brought other potential partners on board, including Chauncey Billups, the NBA champion and Portland Trail Blazers head coach who was born and raised in Denver. He signed on for a project at the Rossonian in 2018 but pulled out a year later.

The Flyfisher Group, which is run by Matthew Burkett, remains part of the the partnership. A developer and investor, Burkett generated headlines in 2021 that described him as a savior of Five Points; since then, though, tenants and business partners have accused Burkett, who'd filed suit against some of them, of hurting rather than helping the neighborhood.

According to Shores, Palisade Partners and the Flyfisher Group remain involved in the deal, and "ownership is still working toward the same overall vision."

That vision calls for the exterior of the historic Rossonian to remain.

"Building facades along Welton Street and Washington Street will retain their historic, architectural features while the interior spaces will be remodeled to accommodate the restaurant and hotel components," the plan says. "The building’s existing northeast entry will serve as the restaurant’s front door while the hotel entrance will be on Washington Street located within the historic Rossonian offering a unique experience into the lobby. All hotel rooms within the historic Rossonian, on the second and third floors, will be contained within the existing building envelope. No new construction will be added to increase the building mass or height of the Historic Rossonian."
KEEP WESTWORD FREE... Since we started Westword, it has been defined as the free, independent voice of Denver, and we'd like to keep it that way. With local media under siege, it's more important than ever for us to rally support behind funding our local journalism. You can help by participating in our "I Support" program, allowing us to keep offering readers access to our incisive coverage of local news, food and culture with no paywalls.
Make a one-time donation today for as little as $1.