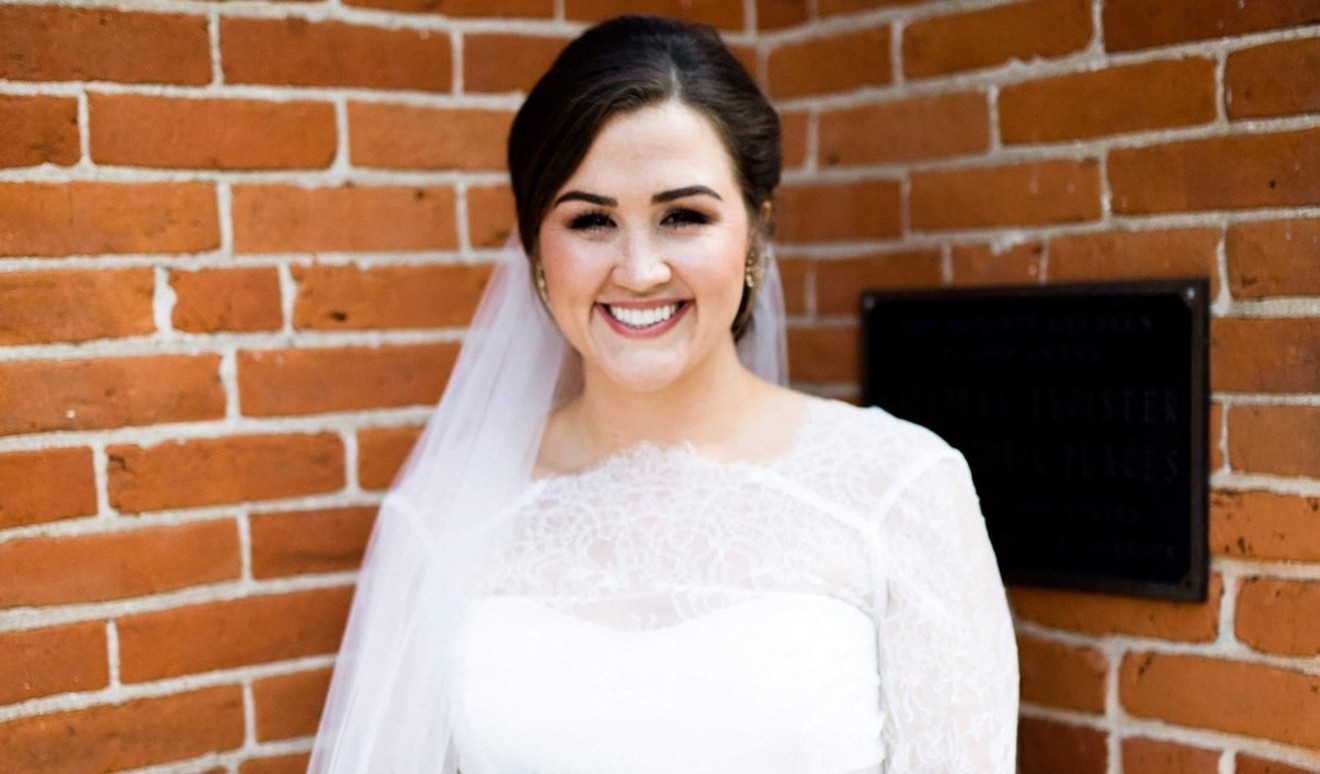 courtesy of the Sweeting and Klingeman families
We lost the heart and soul of the Westword family when Spencer Christman Sweeting Klingeman, age 30, died in an automobile accident in Steamboat Springs on December 21, 2018. Spencer was such a bright light, eternally cheerful and amazingly competent; her energy, caring approach and constant presence will always be remembered and terribly missed.

Spencer is survived by the love of her life and husband of seven months, Derek Klingeman of Lakewood; mother Sue Sweeting; father and stepmother Mike Sweeting and Sharon; sister Megan Sweeting and nephew Dex; her beloved yellow lab, Tillie; and many others. Derek, Spencer and Tillie.
courtesy of the Sweeting and Klingeman families

Spencer was born in Watauga County, North Carolina, on February 2, 1988. She grew up in Blowing Rock, attended Watauga High School and graduated from North Carolina State University, with a degree in biology and a minor in genetics. While in college, she was a member of the Gospel Choir and Alpha Delta Pi Sorority. Spencer moved to Colorado in 2013 and started working at Westword that same year, where she quickly became an integral part of the team and made all of her colleagues better...and happier.

She loved the outdoors and sharing adventures with Derek and Tillie.

Spencer’s love of God and family was followed closely by her love for her friends. Her spiritual foundation was deeply rooted in her Episcopal faith, and she attended Calvary Episcopal Church, 1320 Arapahoe Street in Golden, where there will be a celebration of her life at 2 p.m. on Saturday, February 2.

Donations in her memory may be sent to Safe Harbor Lab Rescue and Calvary Episcopal Church, both in Golden.

Over the next few days, we'll be posting more memories and photos of Spencer. Share your thoughts in a comment, or email [email protected]
KEEP WESTWORD FREE... Since we started Westword, it has been defined as the free, independent voice of Denver, and we'd like to keep it that way. With local media under siege, it's more important than ever for us to rally support behind funding our local journalism. You can help by participating in our "I Support" program, allowing us to keep offering readers access to our incisive coverage of local news, food and culture with no paywalls.
Make a one-time donation today for as little as $1.