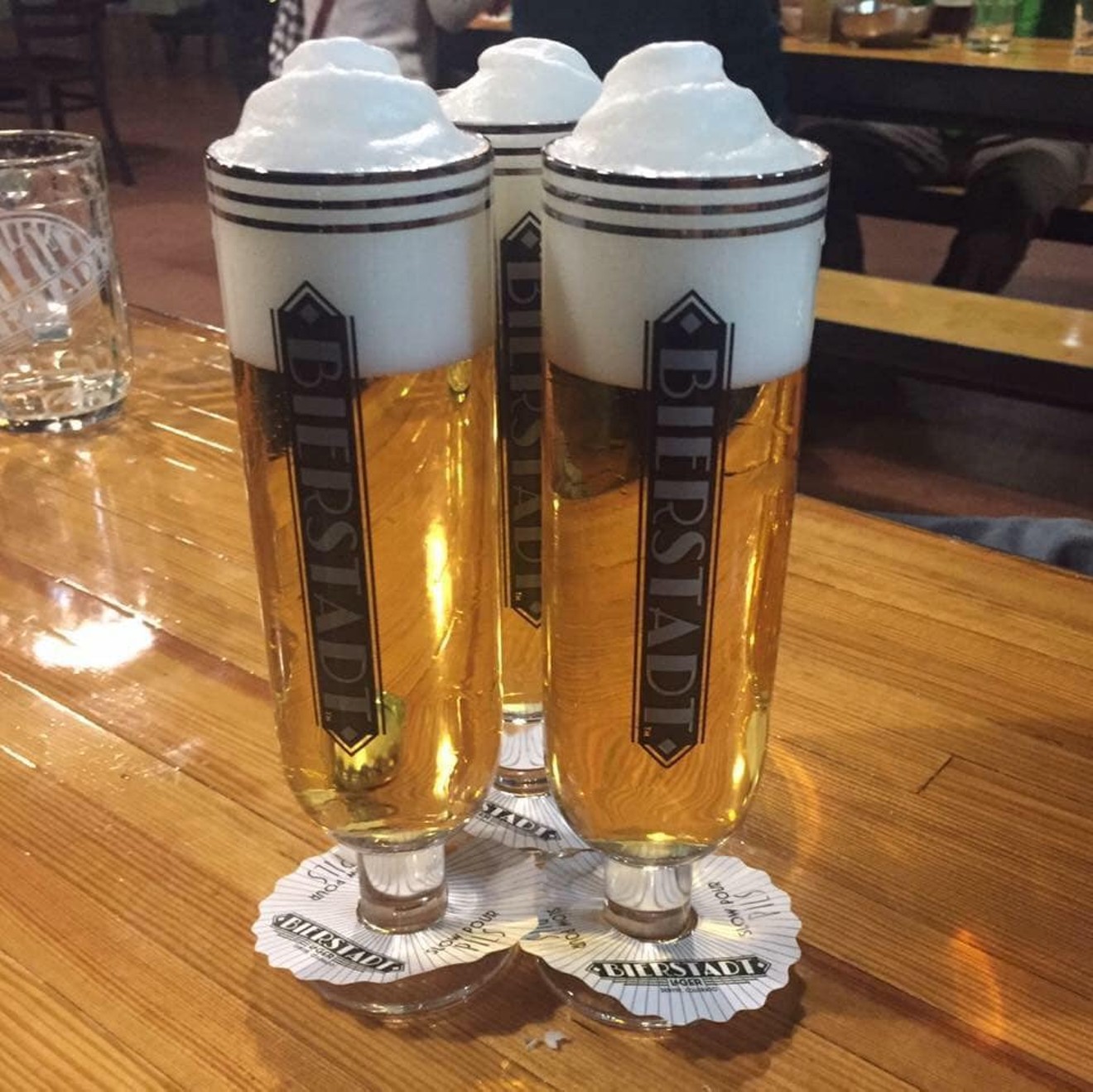 "We believe very strongly in drinking draft beer. It is a better experience than a packaged beer, especially considering the kind of beer we make — delicate and nuanced," says co-owner and brewer Ashleigh Carter.

"Also it’s not very profitable unless you are doing a lot of it. Cans, labels, boxes, PakTech [plastic carriers], mobile canning, a salesperson, delivery and waste. It adds up. It would cost $6,000 to just get the materials to do 500 cases — not including the cost of the beer," she adds.

Then, after all of that, bottles and cans end up sitting warm on the floor of some liquor stores or supermarkets for months — long after their expected shelf life. "While some people are packaging well, I find the majority of packaged beer to be a crapshoot. ... It's not good for the beer or for the consumer." 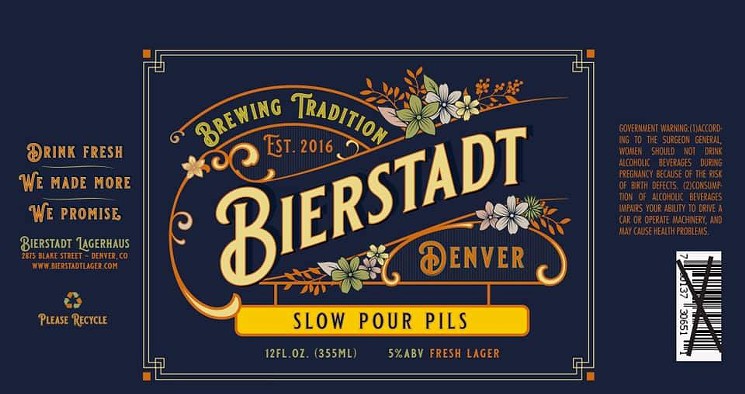 A mockup of the Slow Pour Pils label.
Bierstadt Lagerhaus
But on April 11, Bierstadt will pour about 25 barrels each of two classics — Slow Pour Pils and Helles — into four-packs of sixteen-ounce cans. All it took was a global pandemic to get them to do it. "This isn’t a long-term thing," Carter says. " We aren’t planning on it, anyway. But that could obviously change. Everything about this is uncharted territory for everyone. I absolutely hate it, but I suppose these aren’t normal circumstances."

Selling four-packs, either out of the brewery or at liquor stores or other breweries, will allow Bierstadt to raise much-needed revenue while its restaurant and taproom are closed through April — and maybe longer.

Golden's Codi Manufacturing, which has been providing nearly free mobile canning services for small breweries that have been severely impacted by the coronavirus lockdown, will provide the cans and equipment.

Bierstadt does sell Crowlers (large aluminum cans that range in size from sixteen to 32 ounces), which are filled right from the tap and then sealed with a can seamer at the bar — but Carter says those are sold directly to customers and meant to be consumed that evening or within a couple of days, and never stored. 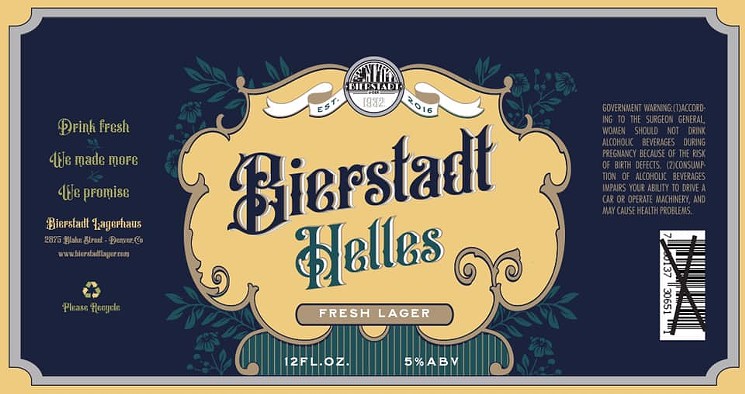 Bierstadt Lagerahus
In fact, it was an earlier plan for redesigning its Crowler labels that gave Bierstadt a jump on packaging. To do it, the brewery hired Paul Vismara, a local artist, author and longtime beer-industry pro who has worked at Falling Rock Tap House and the now-closed Liberati Brewery and Restaurant.

"They had asked me to redesign the Crowler labels," Vismara says. "It is an important aspect of their branding, and it was time for a refresh."

So Vismara started playing around with a font that he found, and then came up with some artwork to accompany it. But when Colorado Governor Jared Polis ordered all restaurants and breweries to close for dine-in service on March 17, Carter and co-owner Bill Eye asked if he could develop full labels in a short period of time.

"I know this is something they never intended to do, so I feel lucky that they asked me to help them out," says Vismara, who has also designed labels for Spangalang Brewing and painted murals for Falling Rock and Liberati. "I really respect their philosophy and their approach to how they brew their beer."
KEEP WESTWORD FREE... Since we started Westword, it has been defined as the free, independent voice of Denver, and we'd like to keep it that way. With local media under siege, it's more important than ever for us to rally support behind funding our local journalism. You can help by participating in our "I Support" program, allowing us to keep offering readers access to our incisive coverage of local news, food and culture with no paywalls.
Make a one-time donation today for as little as $1.