This year the event is virtual, so participants will register online and complete the Thanksgiving walk/run wherever they want, "confident that they are supporting...programs like the Mile High United Way 211 Help Center, which connects our community to critical resources, and the Mile High United Way Bridging the Gap program, which serves youth who have aged out of the child welfare system."

And although there is no Great Divide beer at the finish line, the brewery still wanted to be involved. To that end, Great Divide will donate (in conjunction with its distributor, Breakthru Beverage Group) $1 from every six-pack of Denver Pale Ale sold in November to Mile High United Way. In addition, every Denver Pale Ale pint poured in Colorado this month, including the brewery’s two Denver taprooms, will result in additional donations.

Oh, and you can always buy a six-pack to stash at your own personal finish line. 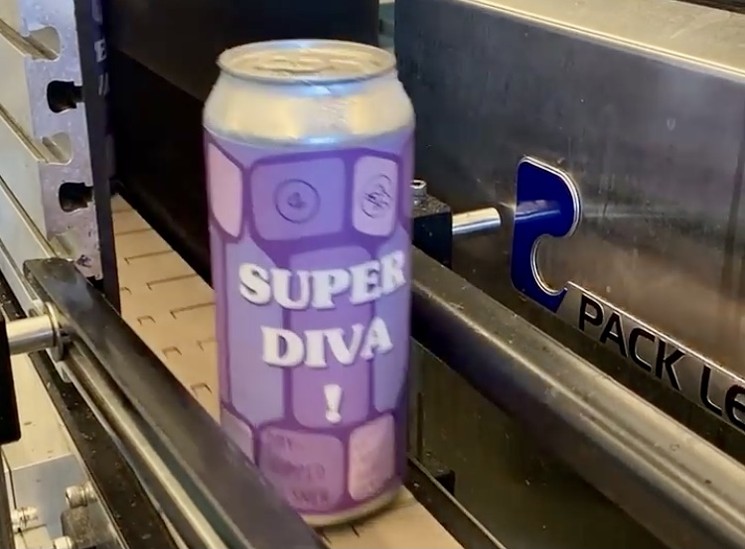 Lady Justice Brewing
Wednesday, November 4
4 Noses Brewing teamed up with Lady Justice Brewing to make Super Diva, a dry-hopped "Italian-style" pilsner brewed with Pulawski hops, an unusual variety that Lady Justice imported directly from a farm in Poland. "It has a pungent and complex aroma with white grapes, clove and ripe papaya," the brewery says. The name, Super Diva, was chosen in honor of late Supreme Court Justice Ruth Bader Ginsberg. "We lost a legend during our collaboration and felt the need to honor RBG's legacy. RBG was notorious for her vigorous workouts. Which is why we chose to name the beer Super Diva, after the sweatshirt she wore while working out with dumbbells." There will also be Super Diva sweatshirts available, and proceeds from sales will be donated to ACLU Colorado.

Cerebral Brewing has three new beers in cans. Y'all Need Science Double IPA is a collaboration with Equilibrium Brewing, while Fantastic Planet is a double IPA brewed with blueberry. And finally, Rare Treat is a version of Cerebral's flagship Rare Trait IPA made with peach gummy rings.

Burns Family Artisan Ales
Thursday, November 5
Copper Kettle Brewing hosts a pairing of its Well Bred English Barleywine with bleu cheese from the Truffle Cheese Shop. Starting at 5:30 p.m., guests can try a vertical of Well Bred — the 2018, 2019 and just-released 2020 versions — along with three different kinds of cheese. Tickets are $25.

Platt Park Brewing highlights National Stout Day by tapping Kakou Nitro Hawaiian Golden Stout. The beer was brewed with Kona coffee, toasted coconut and pineapple. The brewery is also offering a limited-edition Kakou glass (with the beer in it) for $10.

Burns Family Artisan Ales releases this year's version of Solar Eclipse Barrel-Aged Russian Imperial Stout. The 2020 iteration is nearly 19 percent ABV. "Taking ten weeks to brew, it was aged for five months in stainless steel and another five months in a Laws 4-Grain Bourbon barrel," the brewery says, adding that there are notes of chocolate, kola nut, vanilla, cocoa and bourbon.

The Empourium Brewing
Friday, November 6
In honor of First Friday on Tennyson Street, Empourium Brewing will tap a new beer called Werewolves Not Swearwolves. This Extra Special Bitter is malty and comes in at just 4.5 percent ABV. "Don't let the style fool you; the medium hop presence doesn't pack a bitter punch like the name implies. It's a perfect beer to finish out the fall season and transition us into winter," the brewery says. There will also be a limited supply of custom twenty-ounce glasses for the beer, along with artist Daniel Olivas and food from Little Red's Kitchen.

Fiction Beer Company releases two new beers in cans and on draft. Typo Turkish Delight Dessert Porter was brewed with more than three pounds per barrel of almond and pistachio flour. Then the brewery added dates, pomegranate and chocolate. "The combination of fruit, chocolate, sugar, and nuts is rich, yet savory. Perfect for sipping by a fire, reading a book, and enjoying simple comforts when the weather turns cold," the brewery says.
The second beer is Self-Contained Eye New England Style IPA. This one was double dry-hopped with Lotus hops and has "notes of bright orange blossom, decadent vanilla, and a complex blend of ripe tropical citrus."

New Image Brewing continues its lovely Denomination of Origin series with Denomination of Origin: Washington
Imperial Stout with Washington Blackberries. For the series, the brewery adds a unique ingredient from a different region of the world — in this case, close to home (thanks, pandemic). "Since we’re all adapting to just exploring our own backyards, we decided to highlight some ingredients from right here in America by going up to the Pacific Northwest for some delicious Washington blackberries," New Image says. "That sweet berry goodness mixed with the chocolate notes from this stout make it a perfect fall warm-up beer as the cooler weather comes out in the afternoons." The beer comes in at 12.5 percent ABV.

4 Noses Brewing releases two new beers in cans and on draft. Life Is Strawberries is a Berliner weisse-style ale brewed with strawberries, chocolate and lactose. Unknown Variables is a New England-style IPA with a big tropical aroma, fluffy mouthfeel and grapefruit flavors. It comes in at 7.2 percent ABV. 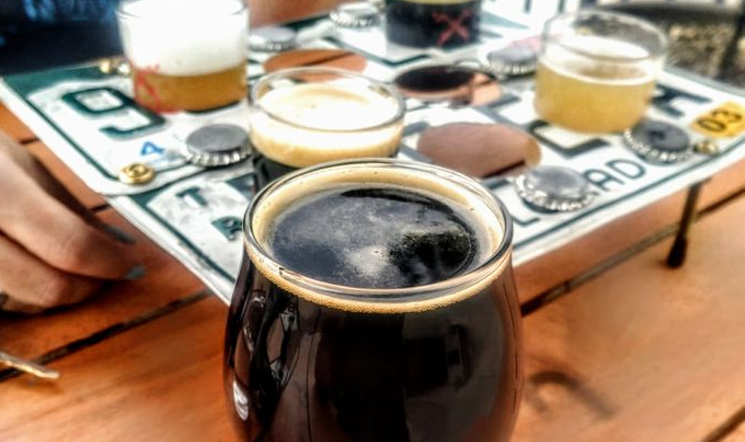 Mockery Brewing
Saturday, November 7
Mockery Brewing will celebrate its sixth anniversary with a "socially distanced extravaganza." Tickets are required, and they get you a table (for four to eight people) for one hour and 45 minutes. "Scheduled arrivals/departures will provide ample time for sanitizing between reservations," the brewery says. The party includes a paired dinner with the Buffalo Theory involving all of Mockery's anniversary beers.

River North Brewery brings back its Colorado Double Strong, first brewed for the Colorado Strong fundraising campaign, but aged in whiskey barrels. It will be on tap and in bottles to go at both taprooms.

Wednesday, November 11
Cerveceria Colorado invites you to celebrate the release of its newest canned beer, Churro Stout, with free churros. The taproom, which is owned by Denver Beer Co. next door, will give away a hot churro from El Gallo Blanco food truck with every pint of Churro Stout. Order from either Cerveceria Colorado or Denver Beer Co taprooms. Each pint will be served with a cinnamon-sugar-dipped rim.
KEEP WESTWORD FREE... Since we started Westword, it has been defined as the free, independent voice of Denver, and we'd like to keep it that way. With local media under siege, it's more important than ever for us to rally support behind funding our local journalism. You can help by participating in our "I Support" program, allowing us to keep offering readers access to our incisive coverage of local news, food and culture with no paywalls.
Make a one-time donation today for as little as $1.