A Hard Kombucha Taproom Is Opening at Backyard on Blake 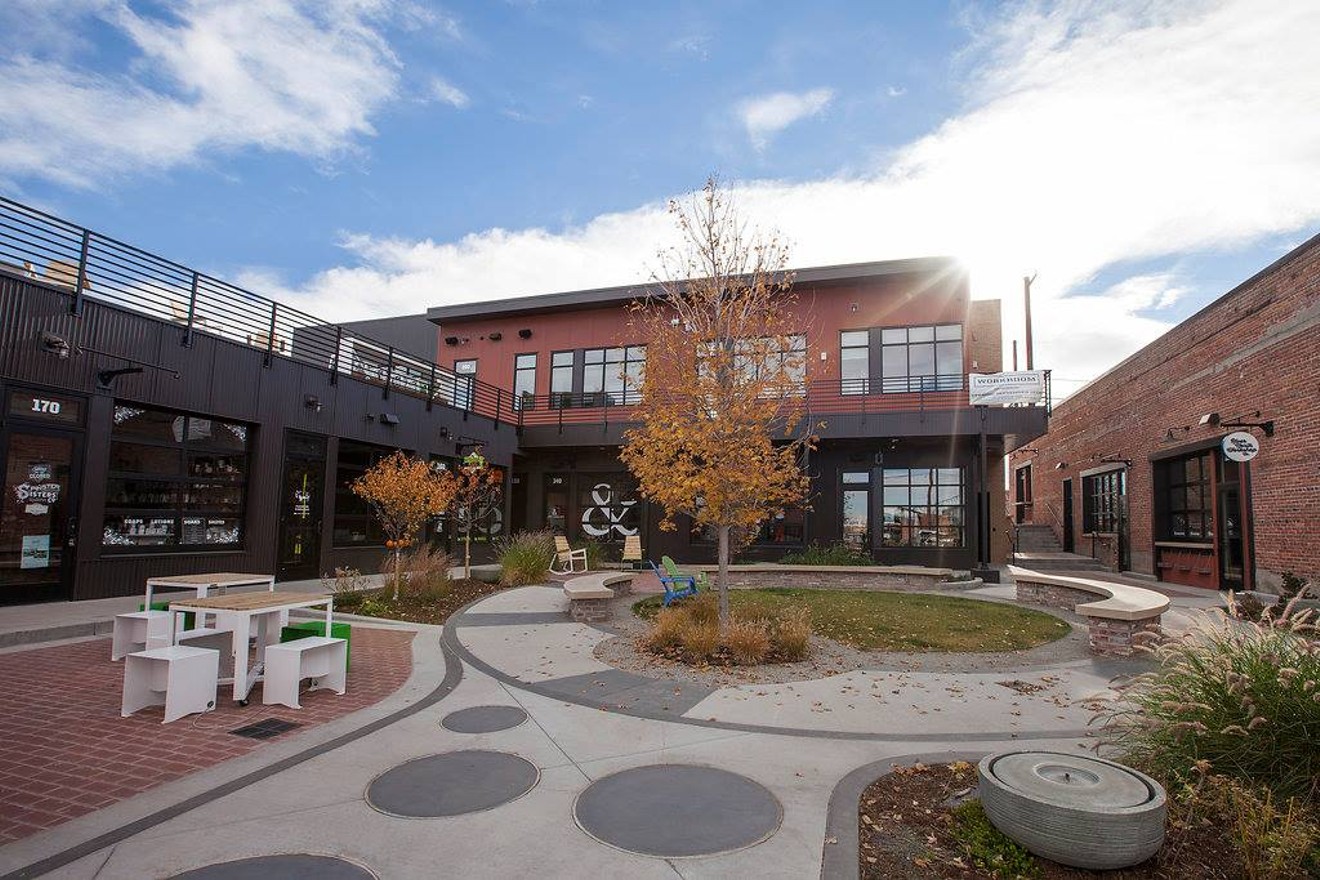 Backyard on Blake will be the new home of Blind Tiger. Backyard on Blake/Facebook
Do you remember the great prohibition panic of 2020, when, in the early days of the pandemic, everyone in Denver thought liquor stores were shutting down — for a few hours, at least? The incident sparked some great social media content and even a few T-shirts, but for Anna Zesbaugh, it inspired a business.

Originally from Minnesota, Zesbaugh had moved to Colorado in 2014 to study hospitality management at the University of Denver. When the pandemic hit, she was laid off from her corporate events job, but experiencing Denver's mini-prohibition led to a new venture.

Last year, she launched Hooch Booch, a line of canned hard kombucha inspired by Prohibition-era cocktails. Over the past year, she's expanded distribution to Minnesota and added two new flavors to the lineup, which includes the Paloma-like Lounge Lizard; the Bee’s Knees; an Old Fashioned; an Espresso Martini, the newest addition; and the company's bestseller, the raspberry-lemon flavored Clover Club. The boozy, gluten-free beverages are brewed with Colorado’s Teatulia teas  and fresh fruit and honey from Clark’s Honey Farm in Evans. Now, Zesbaugh is opening Denver's only exclusive hard kombucha taproom, a "day to evening lounge" dubbed Blind Tiger, which is set to debut in the former Birdsall & Co. space at Backyard on Blake, 3040 Blake Street, on December 3. The name is another nod to Prohibition, when people put tigers in the windows of speakeasies, which the police were "blind" to, Zesbaugh explains.

"It's very much ingrained in the brewery culture to have some sort of space to convene," she says of her motivation to add a taproom to her brand. "Part of the reason for starting Hooch Booch was to bring people together over a boozy beverage."

But she needed to secure the right space before taking the next step. "I was looking for something a little more turn-key," she notes. "Everything aligned with this location."

Birdsall, a garden boutique, decided to consolidate its efforts in its original South Broadway location; the RiNo spot closed this past weekend. Ttransformation into Blind Tiger will be quick: Zesbaugh will get the keys on December 1, just two days ahead of its opening. The taproom will be "operating in a pop-upish capacity," through the holidays," she explains, and the space will be developed more in January and February.  A grand-opening celebration is planned for December 10. From the start, Blind Tiger will serve all the Hooch Booch flavors in cans, and it's partnering with local companies for other libations, including cocktails made with spirits from Mythology Distilling, Attimo wines, and beer from Outer Range. The food menu, dubbed Bite Me, will consist of charcuterie boxes and other small bites from Beyond Gouda. Eventually, taps will be added.

Blind Tiger joins another new addition to Backyard on Blake, Stem Ciders, which recently moved into the former Preservery space and is set to celebrate its own grand opening December 1 through 3. "There are a lot of similarities" between the two, Zesbaugh notes, adding that both offer a gluten-free alternative to beer. "I'm excited for people to come to the area for other vendors and stumble upon us, and vice versa."

The taproom will be closed on Mondays, but will open every other day at 11 a.m. "It can be used like a coffee shop," Zesbaugh says — albeit one with non-alcoholic libations and juice instead of caffeinated drinks.

At the December 10 grand opening, Beyond Gouda will provide light bites during the day, and Barcelona Wine Bar is catering at night; there will also be live music by Luke Lively. Backyard on Blake is hosting a holiday market from 11 a.m. to 5 p.m. that day, as well.

Blind Tiger will be located at 3040 Blake Street and will be open from 11 a.m. to 10 p.m. Tuesday through Thursday, 11 a.m. to midnight Friday and Saturday and 11 a.m. to 7 p.m. Sunday beginning December 3. For more information, visit drinkhoochbooch.com.
KEEP WESTWORD FREE... Since we started Westword, it has been defined as the free, independent voice of Denver, and we'd like to keep it that way. With local media under siege, it's more important than ever for us to rally support behind funding our local journalism. You can help by participating in our "I Support" program, allowing us to keep offering readers access to our incisive coverage of local news, food and culture with no paywalls.
Make a one-time donation today for as little as $1.