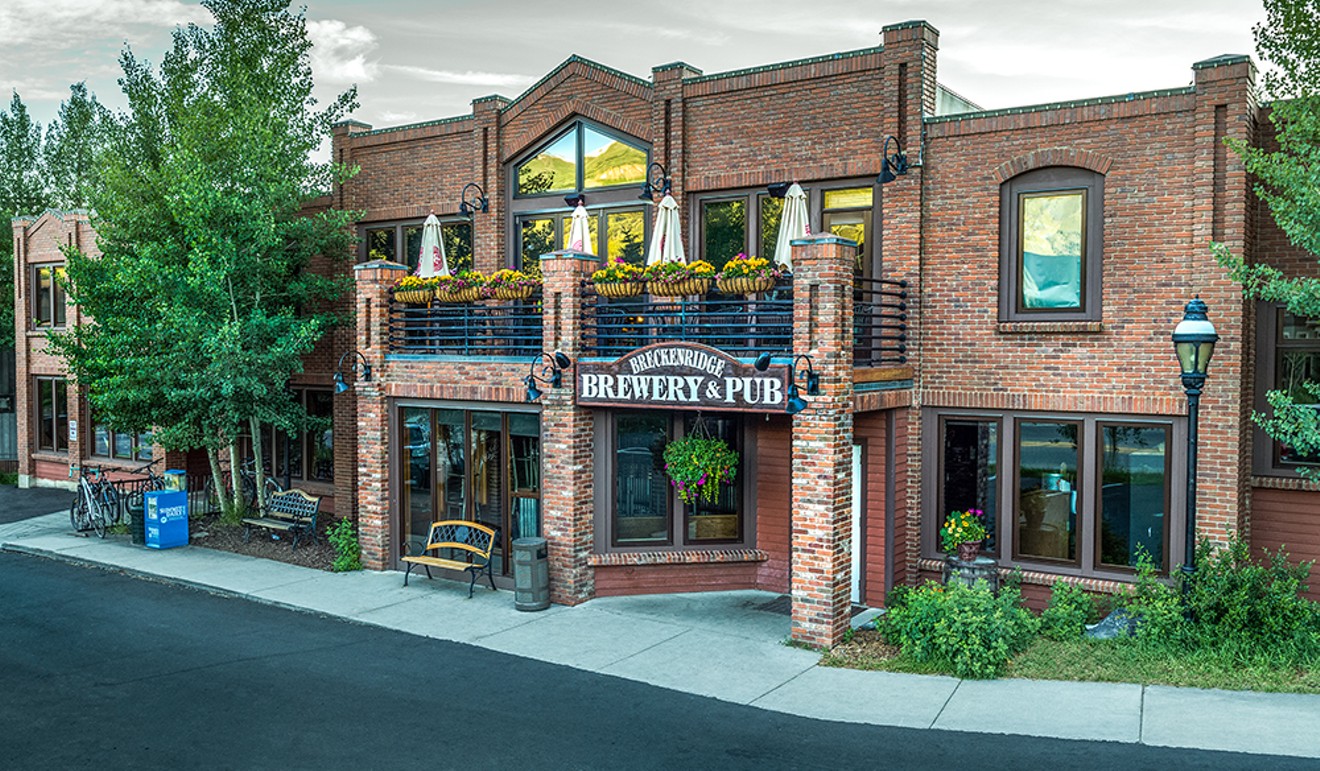 That's a fairly well-known story among those who've been following Colorado's craft-beer industry over the past few decades, but you won't find this information on Breckenridge Brewery's website. By the mid-1990s, Squire wasn't really involved with the company, and in 2015, after another two decades of growth, Anheuser Busch InBev bought Breckenridge Brewery, adding to its vast corporate holdings.

In fact, these days it's hard to find information about Squire at all. He never got involved in brewing again, and he doesn't have much of a presence online. But he's about to re-emerge.

"From what I was told, we had a deal, but then very recently, the landlords backed out," says Jimmy Walker, who has worked for Breckenridge Brewery for twenty years and is now the head brewer at the Main Street location. The current lease expires on June 30, and if the brewery has to move (or, more likely, close), it will be "devastating news" to its employees, as well to longtime customers, he says: "One thing that really separates the brewpub from anywhere else in town is the longevity of our employees. We are in this for the long haul. We built this place into what it is. Regardless of who founded the brewery, we shaped it into our home." 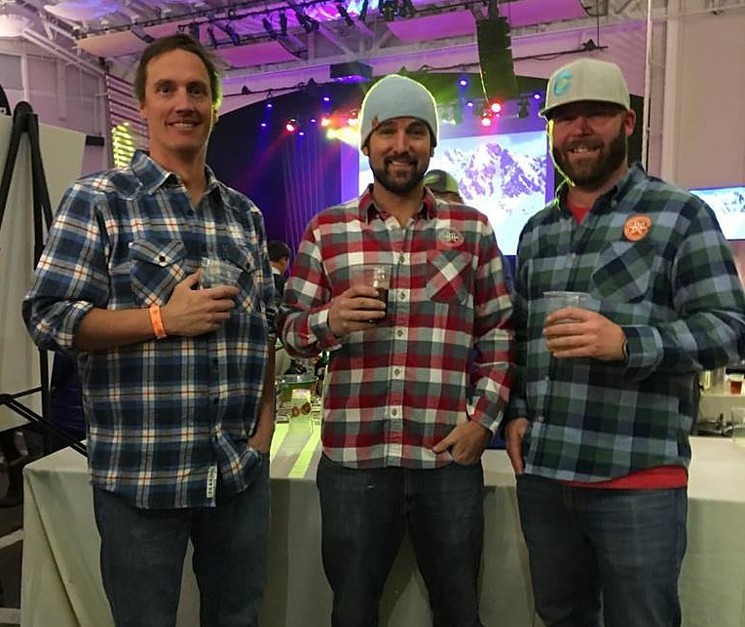 "This much I think I can tell you," Squire says. "I founded the brewery, but I also founded it with six other locals up there. I personally believe that the brewery needs to go back into the hands of the locals — back to the people. InBev is a Belgian corporation. That’s not what I started the company for. I did it so my friends could have great food and great beer in a wonderful local atmosphere."

Does that mean that Squire wants to open his own brewery or restaurant in the space? "You'll just have to wait for the next chapter," he responds with a laugh.

And that chapter could involve the courts. Breckenridge Brewery has filed suit against BBRE in Summit County, claiming that the two sides had reached a five-year lease agreement back in February. In the complaint, Breckenridge Brewery says it agreed to pay BBRE $35,000 per month for the 7,735-square-foot pub (or $54.30 per square foot) the first year, and between $357,000 and $374,000 per year in the following years.

In an email sent to the company — and offered into evidence — Richard Squire's brother, Steven, accepted the terms, and wrote, "I want to thank you for your efforts in negotiating this matter to a favorable conclusion for both parties. I look forward to receiving the full lease for our review and execution, which I have advised the LP should be received within the next three weeks."

Sometime after that, BBRE decided not to renew after all. 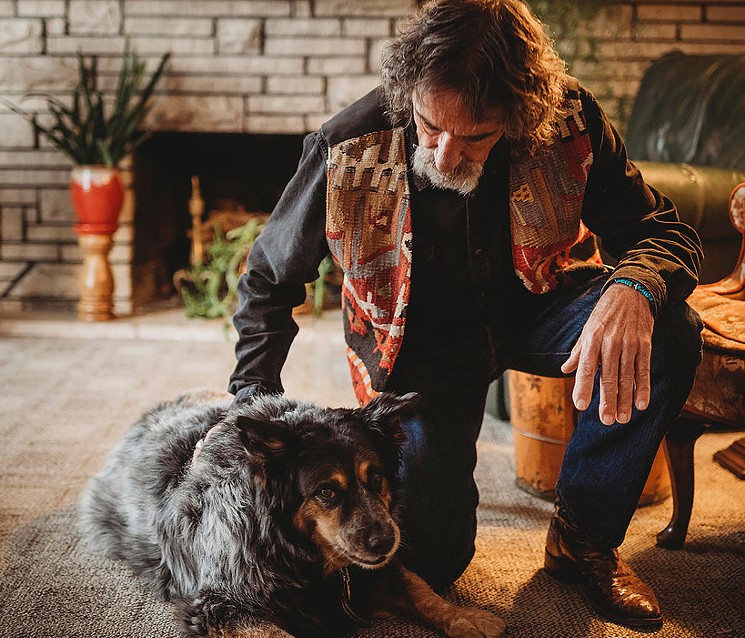 Richard Squire, who founded Breckenridge Brewery, has had many businesses over the years.
Suzie's CBD Treats
But in the meantime, Breckenridge Brewery believed it had an agreement and acted accordingly. "Based on Landlord’s representations, the Brewery did not search for a new location to relocate its business and/or operations and continued to operate at and invest in the Premises as if it would be permitted to remain for at least another five year term," the lawsuit states, adding that "it will be impossible for the Brewery to locate a new premises to relocate to prior to July 1, 2019." As a result, "the Brewery will suffer from loss of income, and other irreparable harm to the Brewery’s reputation, business and operations."

Squire declines to discuss many details of the case, but he disputes the claim that a deal was ever finalized, and adds that the standoff "has very little, if anything, to do with money."

A longtime businessman and entrepreneur, the 78-year-old Squire has owned a variety of businesses over the years, including the Kenosha Steakhouse in Breckenridge. Twice divorced, he has two adult children with his first wife, Helen, and he helped found a company called Bonnie's Balms in 2007 with his second wife, Bonnie Searcy. Squire and Searcy were divorced in 2013 after thirteen years of marriage, but Searcy was able to convince the Jefferson County courts to reopen their divorce proceedings after Breckenridge was sold to AB InBev.

She believed Squire had hidden some of his assets from her in the divorce, legal documents claimed, and was hoping to recover something after the Breckenridge sale, since Squire still had shares in the company. 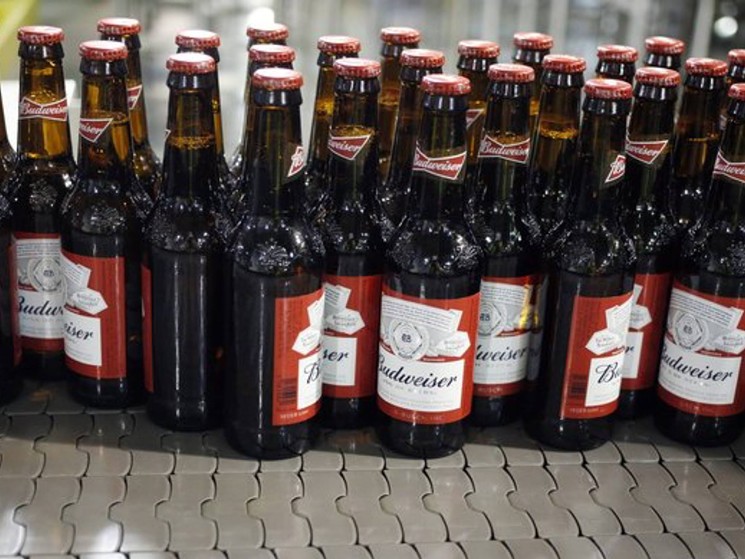 Breckenridge Brewery is now owned by the makers of Budweiser.
Anheuser-Busch InBev
"It sold for $85 million. That's what the family told me," says Searcy, who now lives in Palisade. In the end, she adds, she was happy just to hold on to Bonnie's Balms, which makes lotions and balms that incorporate herbs, flowers and seed oils and are used for pain management. Her products are sold in Ace Hardware stores and dozens of other retailers.

Many craft-beer fans not just in Colorado but across the country were upset when Breckenridge Brewery, which is now based in a huge farmhouse facility on twelve acres in Littleton, was sold to AB InBev; it meant the company, one of the state's most storied breweries, was no longer independent. AB InBev, which has acquired a dozen formerly independent craft breweries over the past few years, has also been accused of anti-competitive or sometimes brutal business practices that threaten small and independent craft breweries.

But according to Walker, he and the other sixty to eighty employees at the original Breckenridge Brewery don't need Squire or anyone else to come "save" them from AB InBev. "We are happy working for them," he says, adding that AB InBev's resources have allowed him to expand as a brewer, and Breckenridge Brewery continues to donate tens of thousands of dollars to charity every year.

Walker says that AB InBev has told him the company is committed to staying in Breckenridge, one way or another: "You can't have a Breckenridge Brewery without having a brewery in Breckenridge."
KEEP WESTWORD FREE... Since we started Westword, it has been defined as the free, independent voice of Denver, and we'd like to keep it that way. With local media under siege, it's more important than ever for us to rally support behind funding our local journalism. You can help by participating in our "I Support" program, allowing us to keep offering readers access to our incisive coverage of local news, food and culture with no paywalls.
Make a one-time donation today for as little as $1.