New Zealand-Style IPAs Are Here to Stir Things Up Lone Tree Brewing
There won’t be an in-person Great American Beer Festival in 2021, but there will be a competition, and it will come with an interesting pair of new categories that are already shaking up the world of IPAs.

New Zealand-style IPAs, along with New Zealand-style pale ales, have been added this year by the Brewers Association, which hosts the annual event (awards will be announced on September 10). The IPAs are described as having “floral, fruity (tropical, stone fruit and other), sulfur/diesel-like, citrusy or grassy” flavors and aromas, while the pale ales should show “tropical fruit, passionfruit and/or stone-fruit, cut grass and diesel.”

Unlike some other style descriptions, however, these are fairly open-ended — and they overlap significantly with other IPA and pale ale styles, including Australian, International, Juicy or Hazy and even American. That could lead to some confusion for breweries entering beers in different categories.

But GABF competition manager Chris Swersey is okay with that. “The lines between these styles have been blurred for years now, and are becoming blurrier still,” he explains. 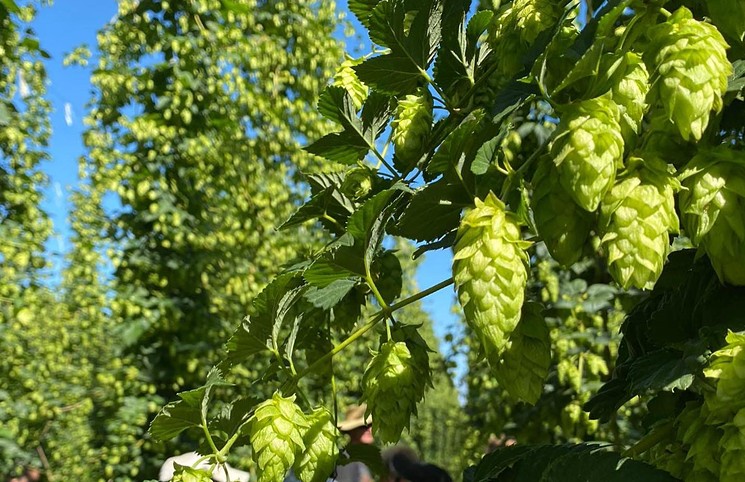 Mac Hops is one of nearly thirty growers that belong to the NZ Hops association in New Zealand.
NZ Hops LTD
“From a purely style perspective, American-Style India Pale Ale has a pretty distinct profile – drinkers will sometimes pigeonhole these as ‘West Coast’ — although it’s beginning to wander and broaden a bit more now," Swersey continues. "Juicy Hazy India Pale Ale, on the other hand, has evolved rapidly in a few short years, and the depth and breadth of the flavor experience seems to me to be narrowing from an extremely broad range four or five years ago. With those targets moving, and with their New Zealand cousins coming in as a relatively new offering, it’s going to be fascinating to watch. From a competition perspective, it’s also hard to say, but we’re all going to know a lot more in a year or two about how these styles differ from one another, and how they ‘talk to each other.’”

Oddly, the BA doesn’t require the use of — or even mention — hop varieties grown in New Zealand that often give rise to the flavors and aromas described in the new categories. These varieties, including Nelson Sauvin, Motueka, Wakatu, Waimea, Rakau, Wai-iti, Nectaron and Riwaka, have become very popular among U.S. craft breweries, though they can be difficult to source because production is still fairly limited for most of them.

The omission was intentional, says GABF says Swersey, who's in charge of adding and subtracting style categories every year. 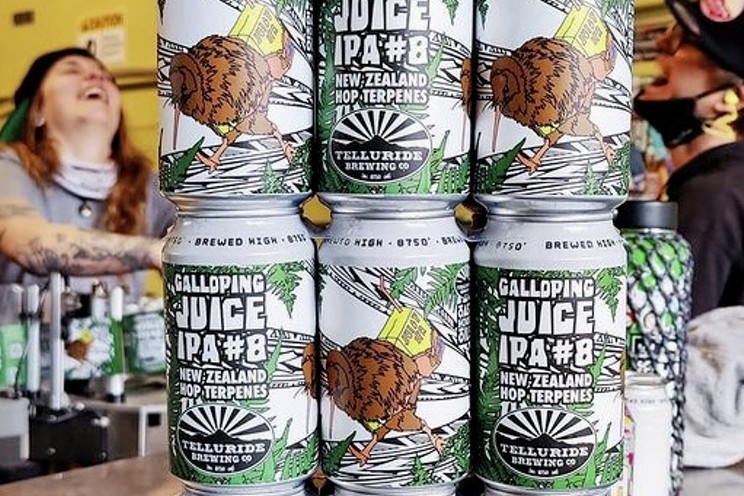 Telluride Brewing
The reason for the lack of hop specificity is based on brewer creativity and on innovations with hop breeding, he says. In other words, the “aroma and flavor experience” from breweries in individual countries or regions around the world have gone from being narrowly defined five to ten years ago to being wide open. For example, an English IPA may include powerful American varieties of hops, while an American IPA might incorporate the tropical flavors associated with New Zealand.

“Nelson Sauvin is a very special hop variety from New Zealand,” he notes, but there are now other hop varieties from several countries that “imbue similar sensory outcomes, "so brewers who are willing to experiment often have multiple paths to a similar flavor experience.”

In Colorado, craft brewers have been experimenting with hop varieties from New Zealand, especially Nelson Sauvin, for years, but the interest has picked up significantly over the past year as sexier and more interesting varieties trickle into the United States.

Crooked Stave and Lone Tree Brewing both released New Zealand-style beers in 2020, while Telluride Brewing and Eddyline Brewing each released their own versions in the past month. 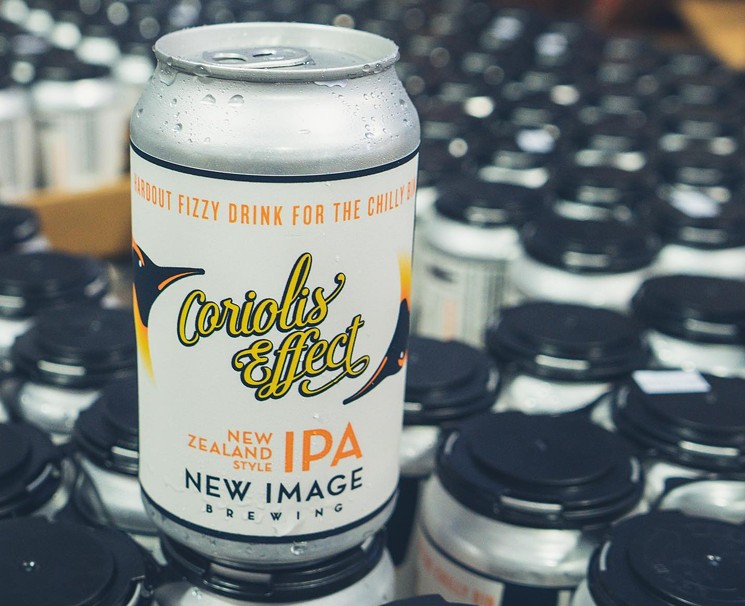 New Image Brewing
Several others have worked with New Zealand hops extensively, including Novel Strand, Call to Arms, Baere Brewing, Crooked Stave and New Image, which makes a beer called Coriolis Effect that has become one of its flagships and a standard-bearer for similar beers.

Jeremy Farmer, the marketing manager for New Image, says the brewery doesn’t participate in the GABF competition, but he is excited by the addition of “a category of beer that we've been doing practically since we opened.” Farmer believes it makes sense to differentiate the style.

“There has been such broad growth in the hazy world. … The landscape in styles is constantly changing and evolving, so highlighting those flavors and aromas that made New Zealand hops so remarkable in the first place is rad," Farmer points out. "Those tropical, stonefruit, grass, slightly diesel characteristics weren't as prevalent even five years ago, especially in the American IPAs and the early hazies. I think both styles have adopted some of those flavors here and there to keep up with what's new, but I think that's why it makes sense to set it apart and let it grow so we can all have something new to argue about in five years when the panko-crusted IPA wave hits.” 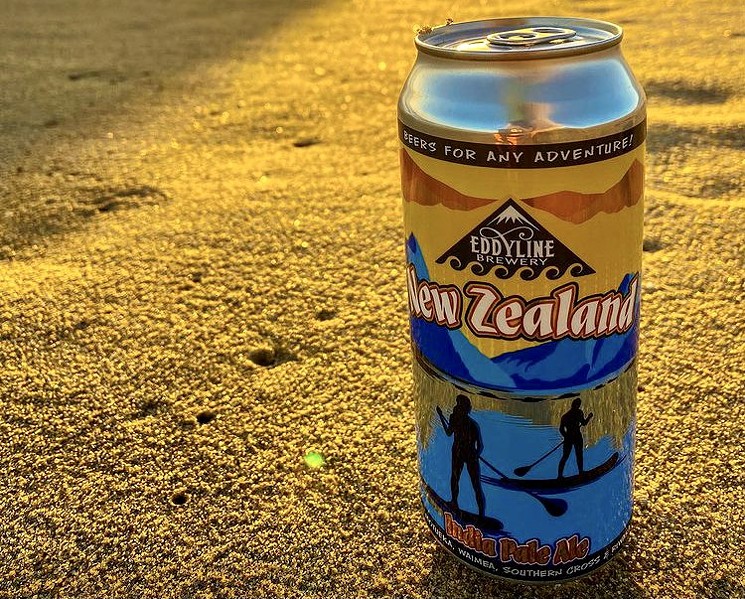 Eddyline Brewing
But Lone Tree Brewing head brewer Dennis O'Harrow isn’t so sure. “If this category is not for just New Zealand ingredients, then…it muddies the water,” he says, adding that the beers entered into competition should, “at a minimum,” include at least some New Zealand hop varieties.

Eddyline Brewing co-owner Brian England didn’t know about the new categories and says he doesn’t brew beers to fit into any one particular style. “Our New Zealand IPA was really a way for us to showcase the New Zealand hop lineup,” he says. “We toned down the bittering hops on this and really pushed more toward…dry hop with lots of stone fruit and some pine aromas.”

In the end, Swersey says, “we’ll all rely on the judges to tell us how the greatest examples of these beers are supposed to taste.”
KEEP WESTWORD FREE... Since we started Westword, it has been defined as the free, independent voice of Denver, and we'd like to keep it that way. With local media under siege, it's more important than ever for us to rally support behind funding our local journalism. You can help by participating in our "I Support" program, allowing us to keep offering readers access to our incisive coverage of local news, food and culture with no paywalls.
Make a one-time donation today for as little as $1.