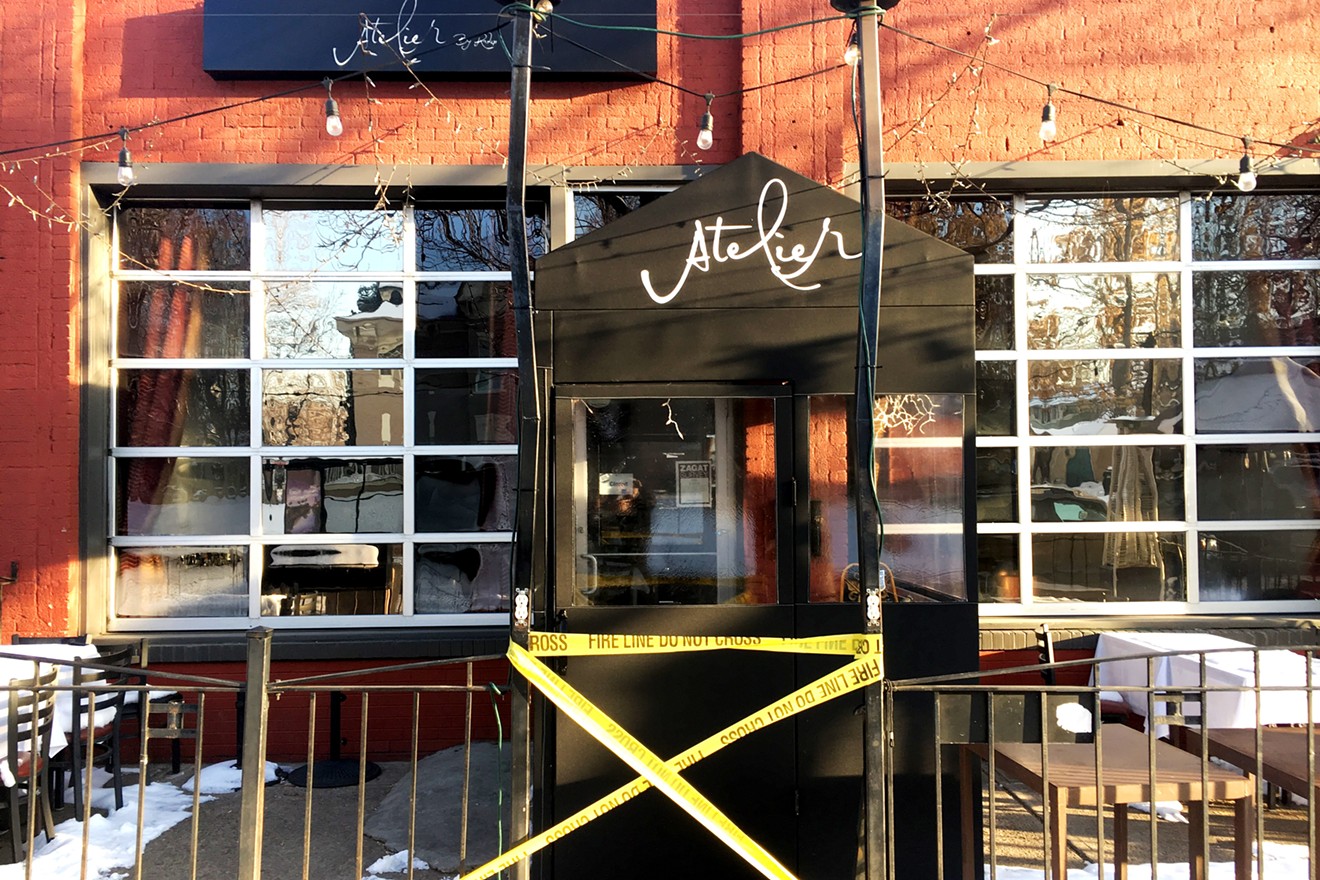 There will be no French cooking on East 17th Avenue. Mark Antonation
A fire at Atelier by Radex, 2011 East 17th Avenue, closed the French restaurant last night, according to chef/owner Radek Cerny's Facebook page. The chef posted photos of a blackened supply closet and melted electrical wiring at about 6 p.m. on Monday, March 4, on a day that the restaurant is normally closed.

"Sorry for everybody who loves Atelier by Radex our restaurant just burned down it was electric!" the message accompanying the photos read.

Shortly after, Cerny added: "Cheers to all! We promise we’ll be back soon! Thank you for all your support!!!"

The fire comes just a day after Denver Restaurant Week ended, so fortunately the incident didn't occur during a packed house. It also comes just a month after the chef closed his Boulder restaurant, L'atelier, after sixteen years in business. Cerny has been a staple of Denver's fine dining scene since the 1990s, with memorable restaurants like the European Cafe in Boulder, Papillon in Cherry Creek, Radek in Denver and Le Chantecler in Niwot.

Fire inspections and repairs can often take months, so it's too early to say when Atelier will reopen. For example, Fish N Beer at 3510 Larimer Street suffered a fire last October, and while owner Kevin Morrison noted that only a small hole was burned in the ceiling, it took four months to get the restaurant back up and running.

And as luck would have it, Fish N Beer had to postpone its reopening, originally scheduled for March 4, for an extra day because of frozen pipes — a story of fire and ice.
KEEP WESTWORD FREE... Since we started Westword, it has been defined as the free, independent voice of Denver, and we'd like to keep it that way. With local media under siege, it's more important than ever for us to rally support behind funding our local journalism. You can help by participating in our "I Support" program, allowing us to keep offering readers access to our incisive coverage of local news, food and culture with no paywalls.
Make a one-time donation today for as little as $1.