Jeff Osaka Takes Over Operations at the Empire in Louisville 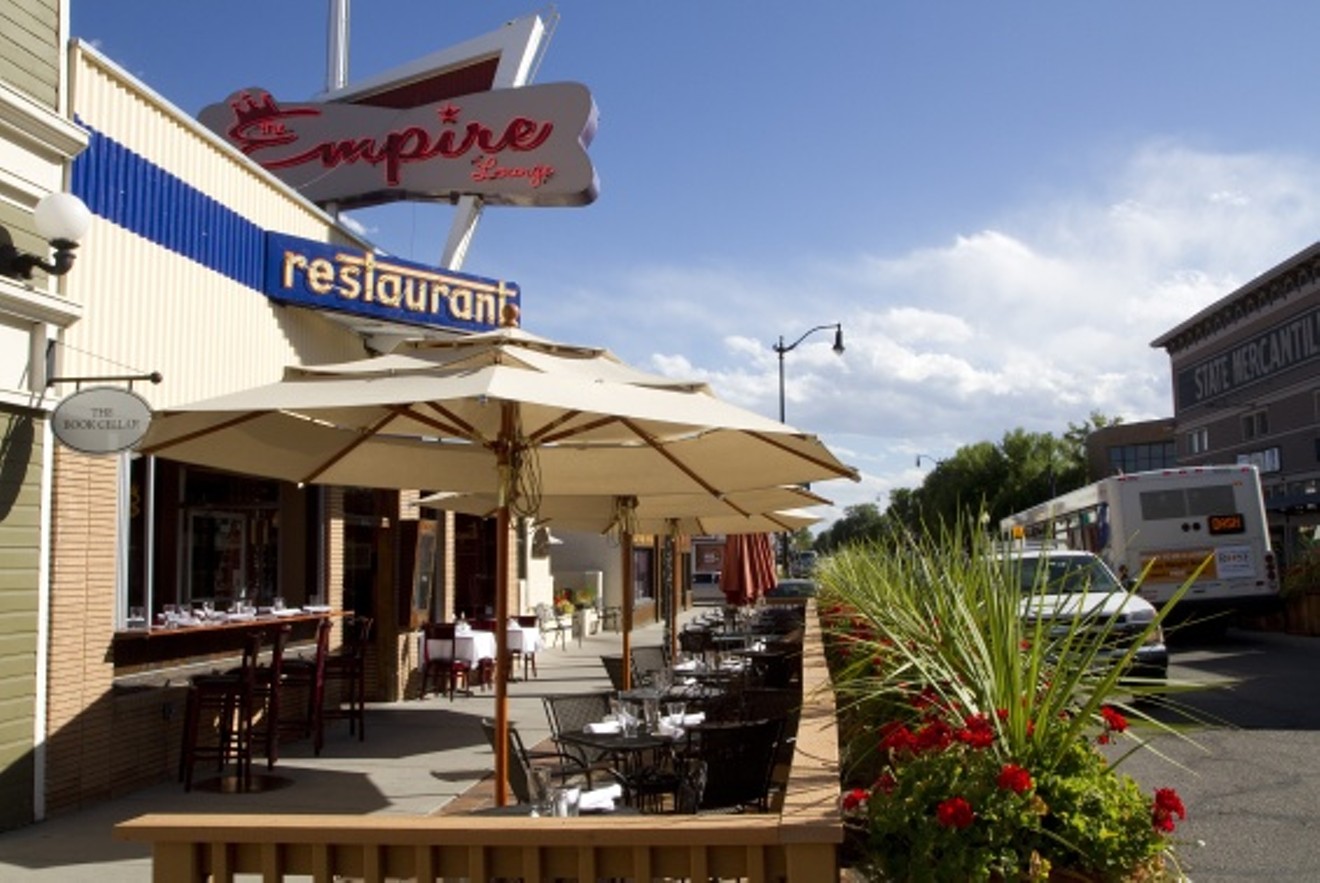 The Empire will close for a few weeks beginning Memorial Day weekend. Samantha Baker
Louisville residents are a lucky bunch: The Boulder County community has managed to maintain its small-town appeal while building a thriving restaurant culture. The Empire Lounge & Restaurant has been one of the anchors of Louisville's Main Street dining corridor for a little over a decade, most of that under the guidance of founder/chef Jim Cohen.

But Cohen suffered a stroke in 2015 that initially left him with "locked-in" syndrome, according to his daughter, Lexi Scott, who took over operations of the Empire in his stead. Cohen had been one of Colorado's premier chefs, rising to fame at Wildflower in Vail and Tante Louise in Denver, and even befriending Julia Child after appearing on her show, Dining With Julia. "He's made a great recovery, but not enough to handle running a restaurant on a daily basis," Scott explains.

And Scott says she is also ready to step away from the restaurant, with a fifteen-month old baby at home and a second on the way. Fortunately, property developer Ken Wolf is a co-owner of the restaurant, and he had just the right person in mind to take over, because he's also business partners with chef/restaurateur Jeff Osaka, founder of Sushi-Rama, Osaka Ramen and [email protected].

"He's a great restaurateur and a talented chef, so we feel good about putting the restaurant in his hands," Scott says. "After all, we have some staff members who have been there for almost the entirety of the time we've been open."

The Empire will close for a few weeks beginning Memorial Day weekend.
Samantha Baker
The transition has already begun, but the new partner says he wants to make it as seamless as possible for customers.

"This just kind of fell into my lap," Osaka explains. "My business partner, Ken, owns the building and the business with Jim and Lexi. We proposed that I take over the operations, so now I'm a partner in the business."

Osaka notes that he'll oversee the back of the house while his director of operations, Michael Burbage, will guide the front. But the chef adds that regular customers shouldn't worry too much, since chef Bobby Garcia will be staying on. "He has been here for the last three years, and I think he's done a great job, so I really won't be making many changes."

The Empire will close for three weeks or so starting Saturday, May 25, for "a few cosmetic changes up front and some housecleaning and repairs in the kitchen," Osaka notes. "We just want to improve on a great thing that's been going on — if that's possible."

Osaka says he'd like to lower prices on a few items, update the menu a little, and hopefully add expanded hours, with dinner seven days a week, lunch Wednesday through Friday, and brunch on Saturday and Sunday.
KEEP WESTWORD FREE... Since we started Westword, it has been defined as the free, independent voice of Denver, and we'd like to keep it that way. With local media under siege, it's more important than ever for us to rally support behind funding our local journalism. You can help by participating in our "I Support" program, allowing us to keep offering readers access to our incisive coverage of local news, food and culture with no paywalls.
Make a one-time donation today for as little as $1.