Meet Colorado's Winery of the Year 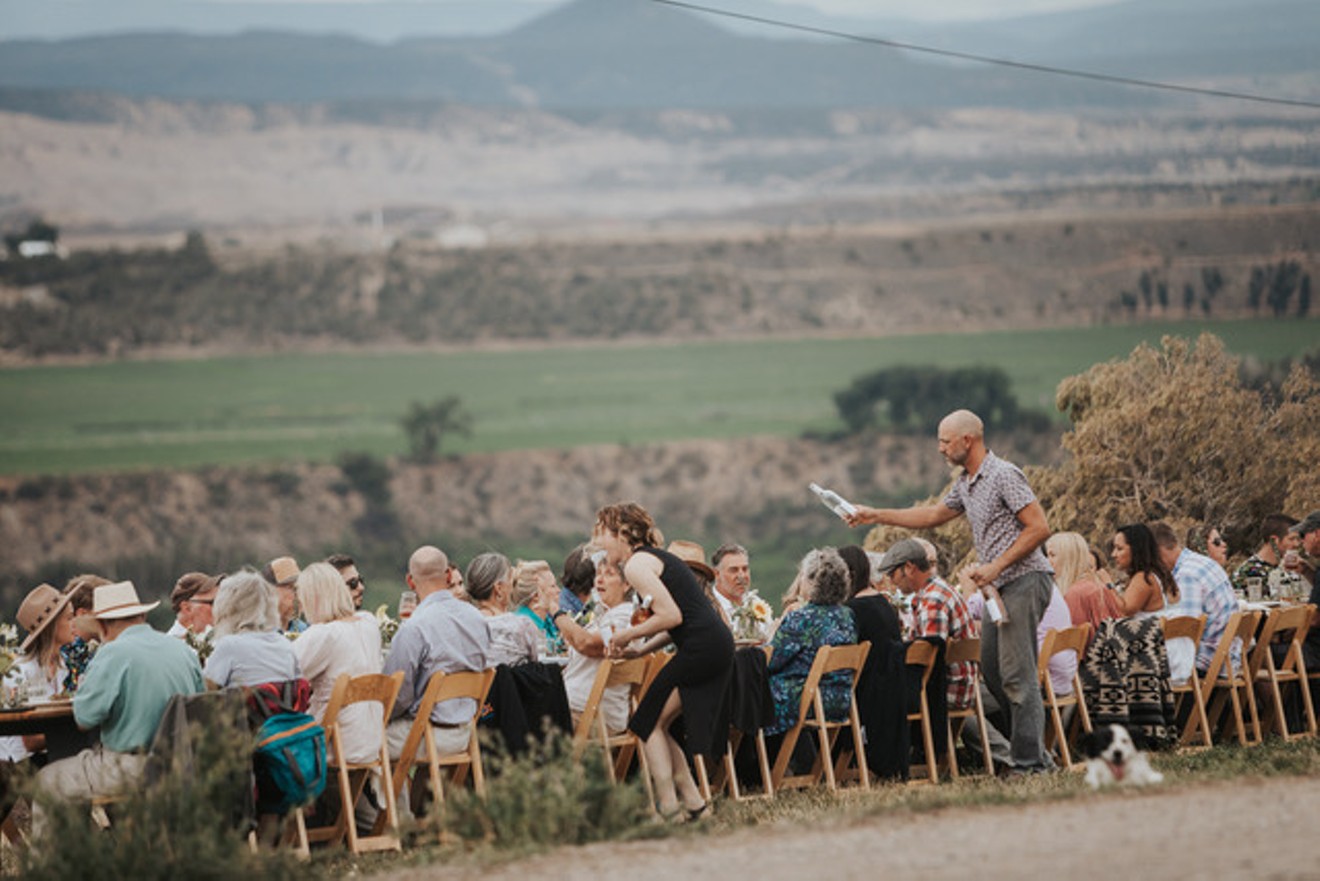 The Storm Cellar teams up with chefs to host two yearly multi-course asado dinners. Irene Durante Photography
“It’s a big honor to have your peers nominate you for this award,” says Jayme Henderson, who owns The Storm Cellar with her husband, Steve Steese. The two were both working as sommeliers, co-writing a list of 750 wines at a Denver restaurant and regularly tasting 100-point massive California Cabernets, when they decided to purchase a vineyard four hours west in 2017.

While the nomination itself was an honor, the Storm Cellar was ultimately named Colorado's Winery of the Year at the recent Colorado Association for Viticulture & Enology (CAVE) VinCO Conference.

This award is not just about making exceptional wine, explains Steese, since so many Colorado wineries are doing just that. “It’s about trying to push Colorado wine as a whole into the public's eye more and the spotlight, and that has been a big part of the mantra since we started the Storm Cellar,” he says.

Steese and Henderson strive not only to shed light on the wine they produce themselves, but also to highlight the other wineries located near their home in the West Elks AVA (American Viticultural Area) in Delta County, as well as the entire state, because they feel that the wine community is stronger together.

One way the winemakers strive to do this is by storytelling in order to give people a behind-the-scenes look at what goes into their wine. When the couple purchased the vineyard, they decided that their focus would be not on big and bold reds, but rather dry white and rosé wines that Henderson describes as bright, crisp, acidic, lively and aromatic.

“We weren’t chasing points or going for massive extraction,” Steese notes, adding that the Storm Cellar's wines are delicate, with finesse. 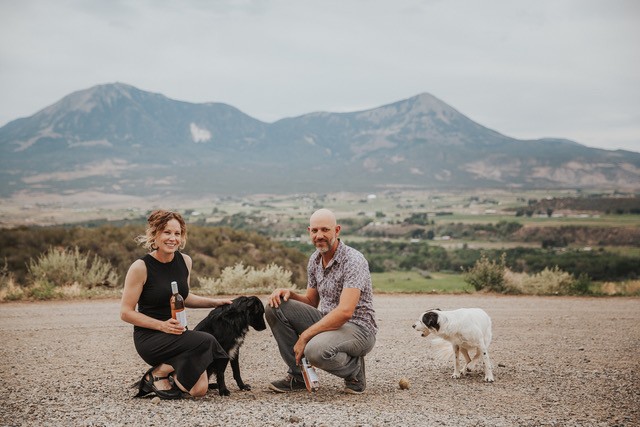 Steve Steese (right) and Jayme Henderson went from being Denver-based sommeliers to vineyard and winery owners.
Irene Durante Photography
Despite dealing with a frost and a pandemic since opening, and mostly running the entire operation from grape to bottle as a two-person team, the result has been a positive one. The Storm Cellar has won medals at the Colorado Governor’s Cup, the Jefferson Cup Invitational, the San Francisco International Wine Competition, the American Fine Wine Competition and the San Francisco Chronicle Wine Competition.

A major component of the wines is that they are food-friendly: The art of carefully selecting a bottle that will elevate a thoughtfully prepared meal ties into Steese and Henderson's emphasis on storytelling, and they believe that food and wine have a tendency to build a community. At the winery's tasting room, chefs Joseph Kerns and Brandt Bishop serve up seasonally driven small plates that pair with the vino, and twice a year, the Storm Cellar hosts multi-course wine dinners with chefs Nicole Carillo and Mirasol Gomez.

Some of the Steese and Henderson's suggested pairings include the Storm Cellar's 2021 dry Rosé of Chambourcin with smoked pork tenderloin; its 2021 Viognier with chicken enchiladas or fresh pesto with vegetables over pasta; and the 2021 Dry Riesling with sushi. “We enjoy both nigiri and rolls, especially alongside bright ginger, with this crisp, dry wine,” Henderson says. “Dry Riesling’s higher acid profile and stone fruit-like aromas are the pairing match with sushi.”

Wines from the Storm Cellar can be found on the menus at Olivia and Mercantile Dining & Provision, as well as at the Denver Country Club and the Regional in Fort Collins, with more to come.

The Storm Cellar is located at 14139 Runzel Gulch Road in Hotchkiss. The tasting room is currently closed for drop-ins for the season, but winemaker-led tastings are available by appointment. Visit stormcellarwine.com for more information, including a list of liquor stores that sell its wine.
KEEP WESTWORD FREE... Since we started Westword, it has been defined as the free, independent voice of Denver, and we'd like to keep it that way. With local media under siege, it's more important than ever for us to rally support behind funding our local journalism. You can help by participating in our "I Support" program, allowing us to keep offering readers access to our incisive coverage of local news, food and culture with no paywalls.
Make a one-time donation today for as little as $1.
Kristen Kuchar is a Colorado writer covering dining and the beverage industry, including wine, beer, cider and spirits. Her articles have appeared in VinePair, the Beer Connoisseur, Beer Advocate, Craftbeer.com, Zymurgy and more. She has a WSET Level 1 certificate and is a Certified Beer Server by the Cicerone Certification Program.
Follow:
Twitter: @KristenKuchar
Instagram: @kristen_kuchar/