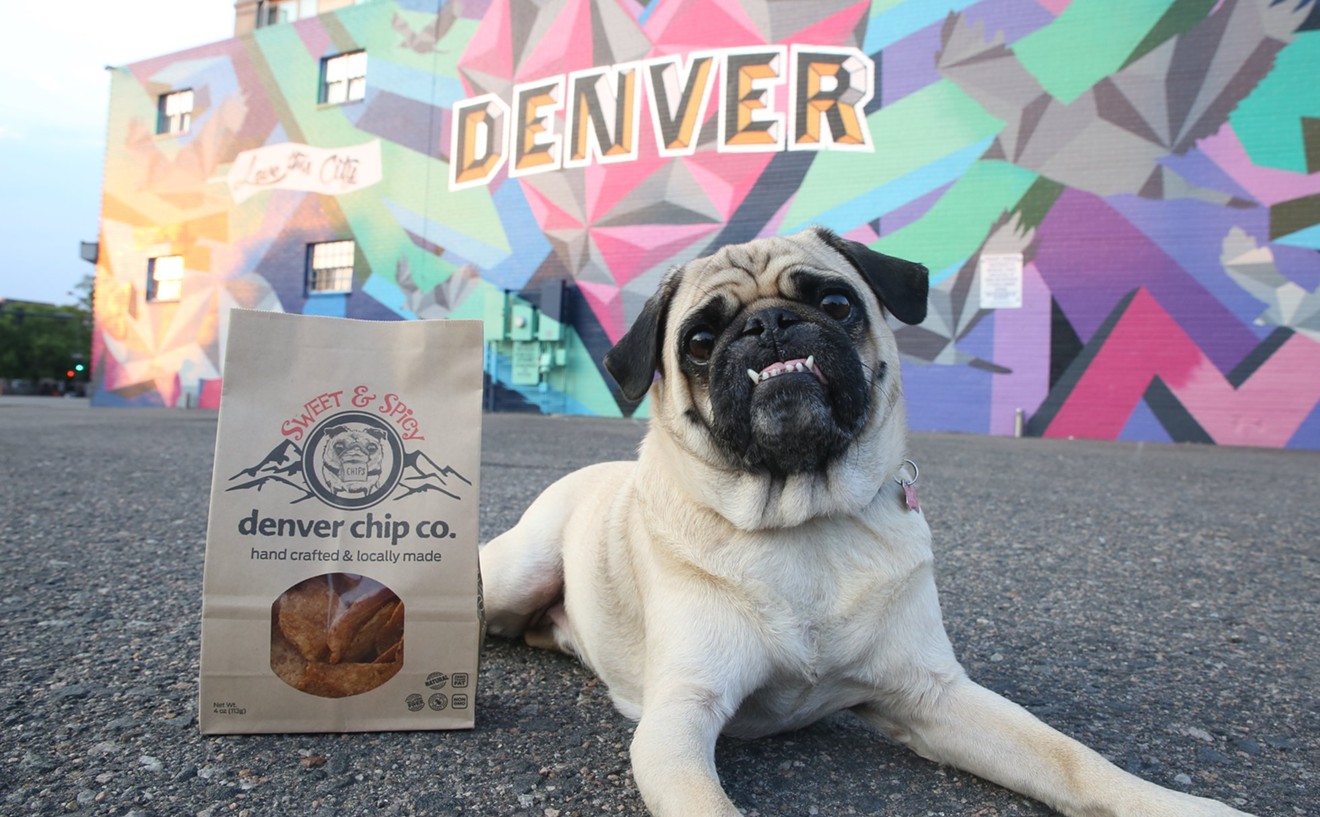 Prepare yourself for the best potato chip you’ve ever had. It’s a bold proclamation, but no bolder than the explosion of flavor that comes with your first satisfying crunch of Denver Chip Co. chips. The new brand can already be found at Whole Foods, Lucky’s Market (Boulder, Wheat Ridge, Longmont), Lolita's Market and a handful of breweries.

What makes them so delicious? It starts with the Idaho russet potatoes used to make the chips. Russets have a higher sugar content, which results in somewhat caramelized, slightly darker chips that are richer in flavor than most other commercially produced potato chips. After slicing, the spuds are soaked in hot water to remove as much starch as possible, then fried in non-GMO oil. Hot and fresh out of the fryer, the chips are dusted in one of two magical, proprietary seasonings: Original (with notes of garlic and onion) or Sweet & Spicy (punctuated by a nice kick of habanero). Everything is made in small batches, and no preservatives are used in the process. 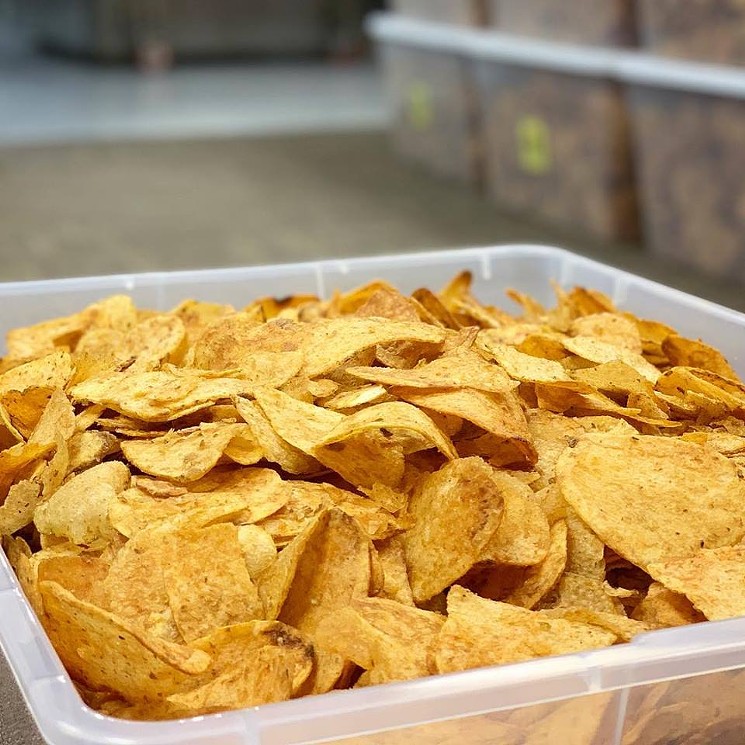 Before Denver Chip Co. owners (and brothers) Dylan and Connor McSweeney started making their artisan chips here in Denver, they helped their father, Mark McSweeney (founder of Broad Ripple Chip Co. in Indianapolis) bring his chips to market. After opening in 2014, the chips became a local favorite in Indianapolis in the eyes of both consumers and restaurateurs. They quickly gained a devout following and achieved widespread distribution across Indiana.
click to enlarge 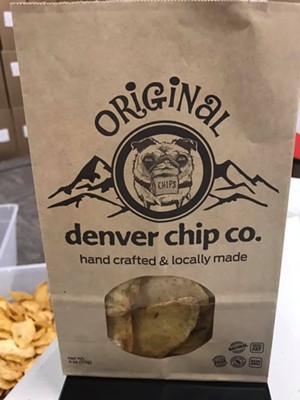 Denver Chip Co.
In 2017, the McSweeney brothers knew they had a winning product on their hands, so they took the family business on the road and headed west. While they never expected it to be easy, the hurdles to finding a production facility and bringing it up to code turned out to be a lot higher than originally expected.

They initially signed a lease with a large, spacious facility, but soon discovered the gas pressure was too low and couldn’t be fixed, so they had to back out of that location. Two months into the buildout at their current production facility, they realized they couldn’t get the gas pressure they needed to power the industrial 35-gallon fryer, so the gas line had to be upgraded.

The roadblocks didn’t stop there. It was then determined that the gallon-per-minute water flow wasn’t high enough because it was being delivered through an old half-inch line. They ended up digging a trench 75 feet to the closest water line to install bigger pipes to deliver the water they’d need to extinguish in the event of a fryer fire.

At that point, they were close, but still not up to code. The building’s structure was unable to support a ventilation unit, normally installed on the roof, to remove potentially harmful fumes as the potatoes fry. So instead, they built a platform inside to install the unit overhead on the production floor. Beyond the cost, the installation added the annoyance of permanent obstacles to work around while making chips.

Approval to begin production finally came at noon on a Friday, but instead of going out to celebrate, the brothers called all their friends and worked nearly forty hours in one weekend to meet their first (and very large) wholesale order deadline for Whole Foods.
KEEP WESTWORD FREE... Since we started Westword, it has been defined as the free, independent voice of Denver, and we'd like to keep it that way. With local media under siege, it's more important than ever for us to rally support behind funding our local journalism. You can help by participating in our "I Support" program, allowing us to keep offering readers access to our incisive coverage of local news, food and culture with no paywalls.
Make a one-time donation today for as little as $1.
Danielle Look is a bona fide horror and haunted house enthusiast. When she's not scare acting at haunted houses in the fall, she's reading horror novels and watching scary movies with the Mile High Horrors group. Beyond the spooky stuff, Danielle has a passion for the Denver arts scene, immersive entertainment, and hiking and backpacking.