Reader: Denver Needs a 24-Hour Diner, Not a Stupid Bar 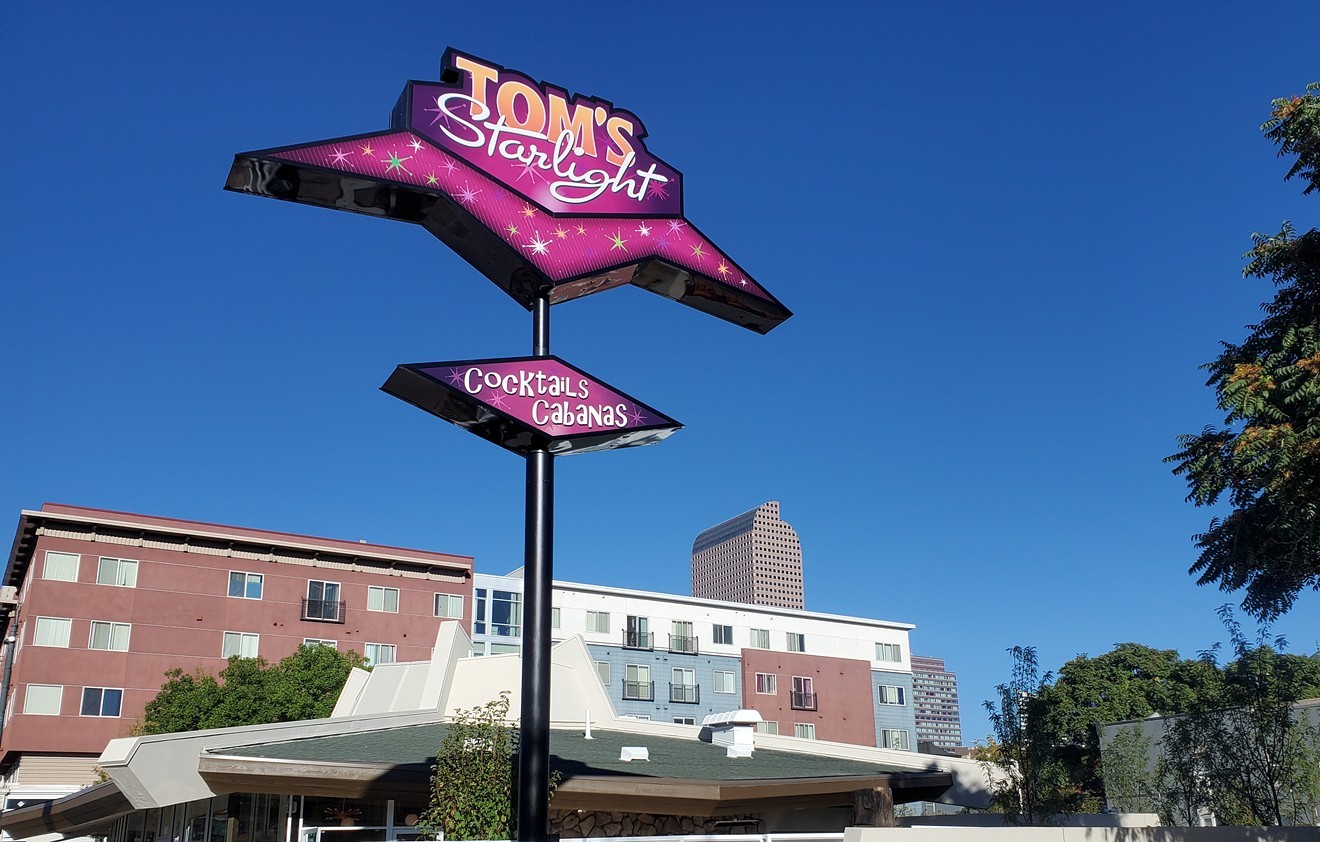 Tom's Starlight transformed the old Tom's Diner. Molly Martin
One of Colfax's most iconic buildings reopened September 28 with a new look and a new name: Tom's Starlight. In 1999, Tom Messina had taken over the Googie-style building at 601 East Colfax Avenue built in 1967 for a White Spot; for twenty years, he ran the place as the 24-hour Tom's Diner, which became a beloved Capitol Hill staple.

But while the restaurant was popular, he realized that the property itself, which he purchased in 2003, was a good investment. "I was thinking, I'll sell this to some big developer," he recalls. "It's a half-acre. I can see the Capitol from my window, so it's got to be valuable. I'll be sixty-something — which I am now — and I'll cash out. And then a Goody Two Shoes showed up."

In 2019, he was in talks with a housing developer when a few members of the community launched a petition to get historic designation for the building. At the time, Messina just wanted to sell and retire. But Historic Denver brokered a deal with a new developer, who saved the building and encouraged Messina to join the team that would reopen the space as Tom's Starlight, a restaurant inspired by Palm Springs in the ’70s.


Yay! I ate over there all the time! Loved taking my out-of-town guests there, too! Looking forward to seeing the "new" digs!

Denver needs a 24-hour diner. Not a stupid bar.

Better than another "multi-use" apartment cage.

I visited there more times than I can count over many years. It almost was sold to developers who wanted to tear it down, until neighbors got involved. I’m happy the building was saved. I’m with you, we do need more 24-hour diners. Hopefully planners have one for future development.


Palm Springs-inspired. Are there going to be retirees with terrible tans and misters everywhere?

Tom's just wants a bourgeois clientele and to not have to serve poor people anymore.


I can’t wait 'til Denver reopens as Denver plus! If people want their condos, let ‘em at it.

Tom's Starlight, at 601 East Colfax, will open at 4 p.m. today. Did you visit Tom's Diner? Have you been to  Tom's Starlight? What do you think of the transformation? Post a comment or share your thoughts at [email protected]
KEEP WESTWORD FREE... Since we started Westword, it has been defined as the free, independent voice of Denver, and we'd like to keep it that way. With local media under siege, it's more important than ever for us to rally support behind funding our local journalism. You can help by participating in our "I Support" program, allowing us to keep offering readers access to our incisive coverage of local news, food and culture with no paywalls.
Make a one-time donation today for as little as $1.