The Drunkest Cities in America: Denver Comes in a Disappointing Fourth 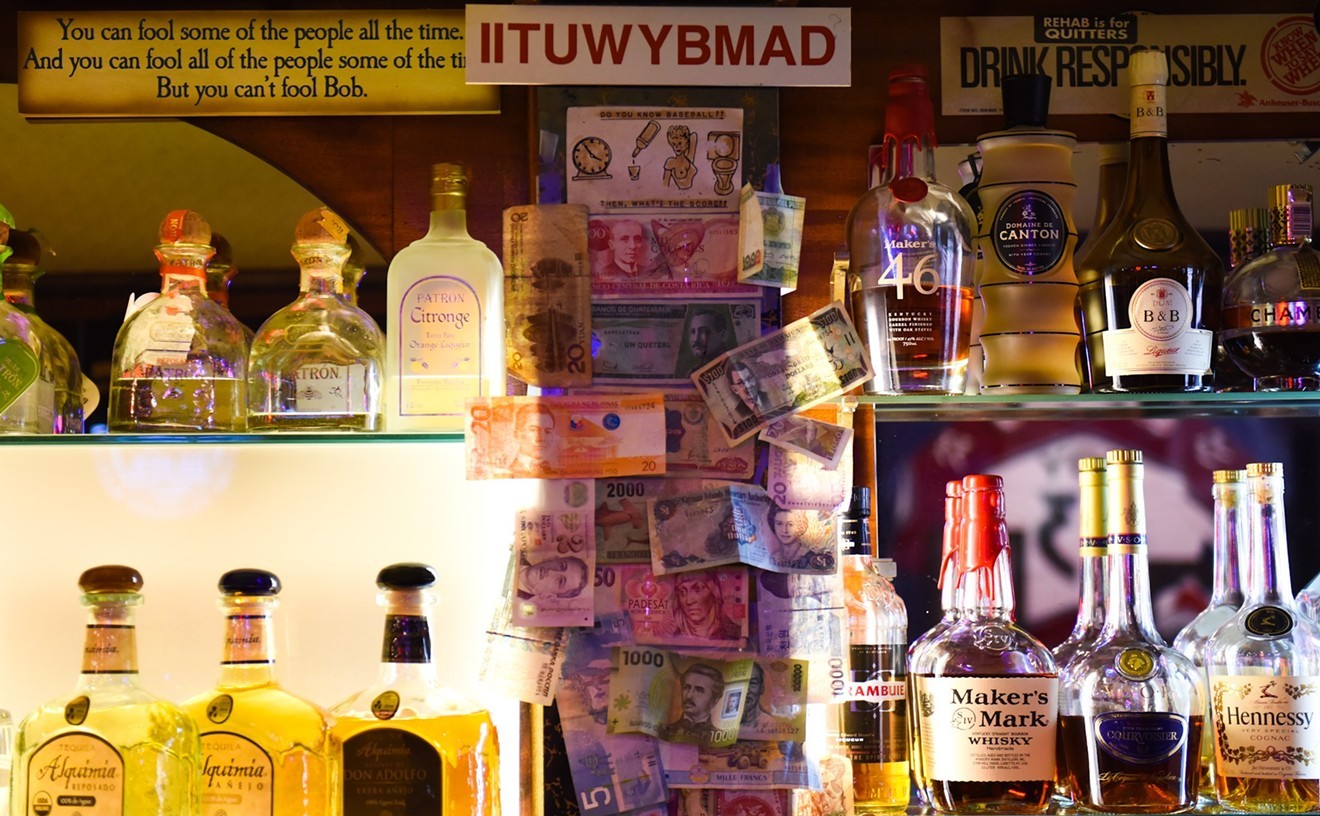 Brewery Bar II is a classic Denver drinking destination. Kenzie Bruce
It's no secret that Denver loves to drink. In September 2021, a report from sports-betting company OLBG ranked the Mile High City number one on its list of booziest cities. But Denver is apparently not quite boozy enough to be named the drunkest city.

Real estate data company Clever used six metrics to measure the drunkenness of fifty cities in the U.S., including the number of bars, breweries and wine bars per 100,000 people — 28.5 for Denver, which is way ahead of the national average of 18.4, but well under the city that was ranked second overall: New Orleans, which clocked in at 57.3.

Denver's disappointing ranking is not for lack of trying. According to the study, "Denver has a drinking interest score of 100 out of 100 based on Google Trends searches for fifteen drinking-related terms such as 'happy hour,' 'bars near me,' and 'hangover cure.'" (For the record, our favorite hangover cure is anything smothered in green chile.)

Clever also notes that Denver is the best city for craft beer, an honor we'll be celebrating over brews at the Great American Beer Festival on October 6-8.

Drinking isn't always fun and shots, though. The study also considered safety by analyzing the excessive drinking rate (19.9 percent, just under the national average of 20 percent) and driving deaths that involve alcohol (34.60 percent, the highest of the four top cities).

The reigning drunkest city of 2022? Milwaukee, where booze is basically required to stay warm in the frigid winter months.

Want to help Denver do better next time? Support the local bar scene by drinking your way through the 100 bars we can't live without in 2022. Just be sure to ride home in an Uber or Lyft.
KEEP WESTWORD FREE... Since we started Westword, it has been defined as the free, independent voice of Denver, and we'd like to keep it that way. With local media under siege, it's more important than ever for us to rally support behind funding our local journalism. You can help by participating in our "I Support" program, allowing us to keep offering readers access to our incisive coverage of local news, food and culture with no paywalls.
Make a one-time donation today for as little as $1.