Periodic Brewing Closes for Good in Leadville and Northglenn 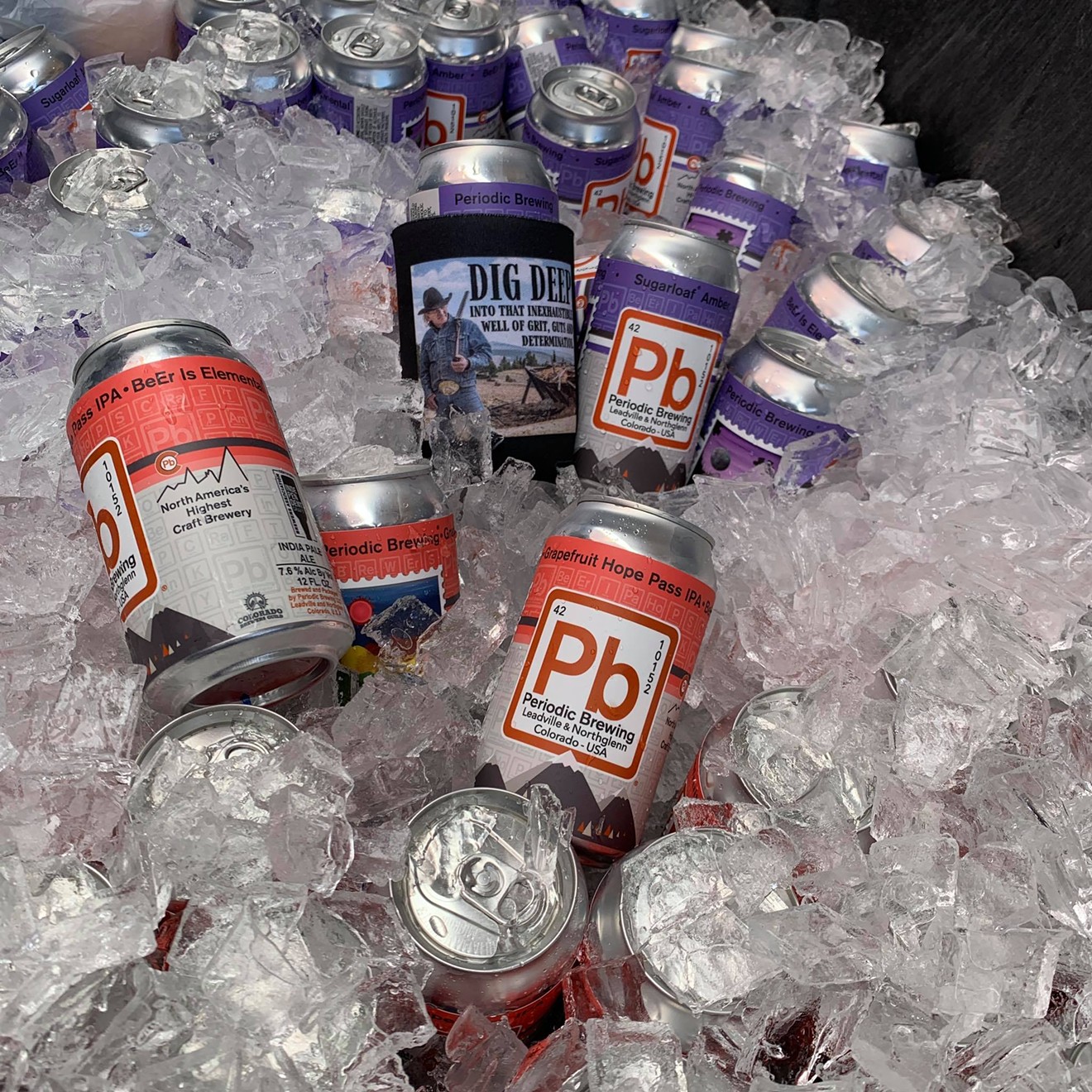 Periodic Brewing
Leadville's Periodic Brewing, which operated one of the highest-elevation breweries in the world for five years, will close its brewery and taproom for good today, along with its offshoot location in Northglenn.

"It is with a strange combination of sadness and relief that we announce the permanent closure of Periodic Brewing in Leadville and Northglenn," the brewery posted on Facebook. "There have been so many awesome customers over the years that is it hard to ignore the feeling that we should keep fighting the good fight. Bottom line: The best move for us at this time is to move on and resume our lives. Please accept that the family and friends who built this company are all in agreement about this being the right move, so we can all get back to the parts of life that we love beyond brewing. This is not an easy decision. It hurts us way more than you might realize because we love you and our hardworking staff."

The brewery did not provide a reason for the closure, and co-owner Chris Labbe didn't return an email seeking comment over the holiday weekend, but we will update this story if he does.

Periodic's Leadville location.
Periodic Brewing
The closure comes on the heels of several other brewery shutdowns throughout Colorado in 2020, some as the result of COVID-related restrictions, in what will likely be a record year for breweries going out of business. Other closures so far include Boulder Beer Company (taproom), Liberati Brewery, Declaration Brewing, Next Stop Brewing, Wild Woods Brewing, the Thirsty Monk, Pilothouse Brewing, Bru Gastropub and Iron Bird Brewing.

Periodic first opened in Leadville in 2015 and was run by the Labbe and Kostelnik families. The Labbes had called Leadville home since 1989 and missed having locally made beer to drink after the only previous craft brewery, Rosie's Brewpub, closed in 2009. In 2017, Periodic expanded into the metro area, taking over the former home of Beer by Design, at 2100 East 112th Avenue, filling a brewery gap in Northglenn.

The goal at the time was to brew and package beer to supply not just the busy Leadville taproom, but other mountain towns and ski resorts, Chris Labbe told Westword at the time.

In its five years, Periodic served more than 300,000 pints of beer and produced more than 100,000 cans and bottles, according to its Facebook post. Labbe also served on the board of the Colorado Brewers Guild.
KEEP WESTWORD FREE... Since we started Westword, it has been defined as the free, independent voice of Denver, and we'd like to keep it that way. With local media under siege, it's more important than ever for us to rally support behind funding our local journalism. You can help by participating in our "I Support" program, allowing us to keep offering readers access to our incisive coverage of local news, food and culture with no paywalls.
Make a one-time donation today for as little as $1.