Facing Closure, Oblio's Pizzeria Does All It Can to Hang On 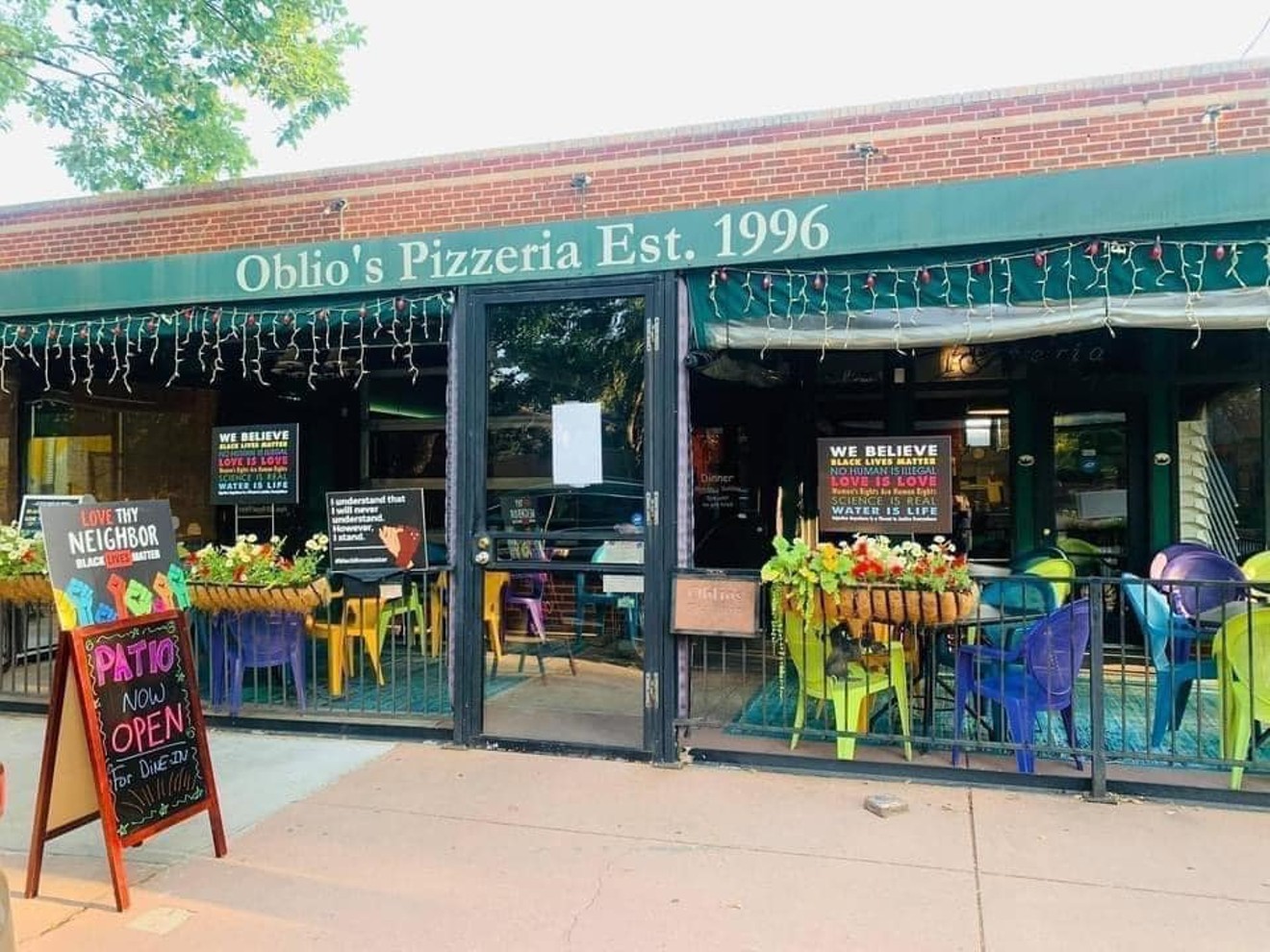 "When the restaurant reopened last May, I don't know if people were so sick of pizza because it's all they ate during the shutdown, but people just never came back," says Morgan, who owns the restaurant with her mother, Dawn, and sister, Tegwin. "For a while now we have just been trying to increase business, and then we created the GoFundMe to raise money because we were so slow."

The GoFundMe page launched in November, 2021, with the goal of raising $50,000 to help cover costs, replace equipment and keep the neighborhood pizzeria afloat. They raised just under $40,000, and most of it went to fixing the restaurant up, paying overdue bills and servicing equipment. 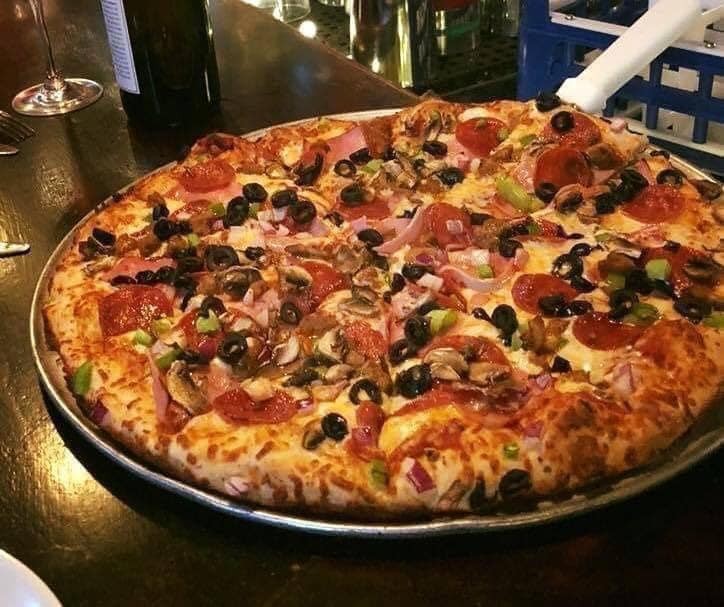 The pizza game is strong at Oblio's.
Oblio's Pizzeria

"Most of the GoFundMe money is gone," notes Morgan. "People keep saying, 'Hold on, hold on,' and though it's picking up a little, it's almost a little too late."

It's not just the lack of customers that's taken a toll on Oblio's, but the rising costs of ingredients and labor. "We tried to raise our prices, and people were not happy," Morgan explains. "When fine dining goes up, it's okay, but people don't want to pay more for pizza."

So now the pizzeria will add lunch service this week for the first time since opening 26 years ago. Morgan hopes that will help, though right now the ideal situation would be to find a silent partner that will invest in the restaurant but leave Morgan in charge — a partner that can also buy her mom out. At seventy, Dawn is tired of the stress and the work. She has rheumatoid arthritis, too, which makes everything even harder.

"My mom is over it, and she keeps saying this restaurant is going to kill her if she doesn't get out," says Morgan. Unfortunately, all of Dawn's funds are tied up in Oblio's. "Even if business is increasing, my mom just wants to be done, but in order to be gone, she needs to get the money." One of the many superhero parties at Oblio's.
Oblio's Pizzeria

Oblio's is known for its great kid programming, family-friendly atmosphere and pizza. Since long before the pandemic, its held regular, child-focused events like princess and superhero meet-and-greets, bingo and magic shows. These nights used to sell out fast, and customers would often need to make reservations weeks in advance. Now nothing sells out. Some nights, says Morgan, only a couple tables show up.

Morgan's parents opened the restaurant in 1996. Her dad named it after the album The Point!, by Harry Nilsson, which tells the tale of a little boy named Oblio who was different from all the other creatures in his world, which all had points on their heads. The story, Morgan remembers, was about inclusivity and acceptance.

Ten years later, Morgan's parents got divorced and sold the pizzeria to a staff member. Unfortunately, that version of Oblio's started to go downhill, which was why Morgan, her mother and sister all decided to buy it back. That was six years ago, and the family has built the restaurant up and brought in many repeat customers to dine on hand-tossed pizza, seasonal salads, creamy pesto pasta, baked ziti and the coveted breadsticks. 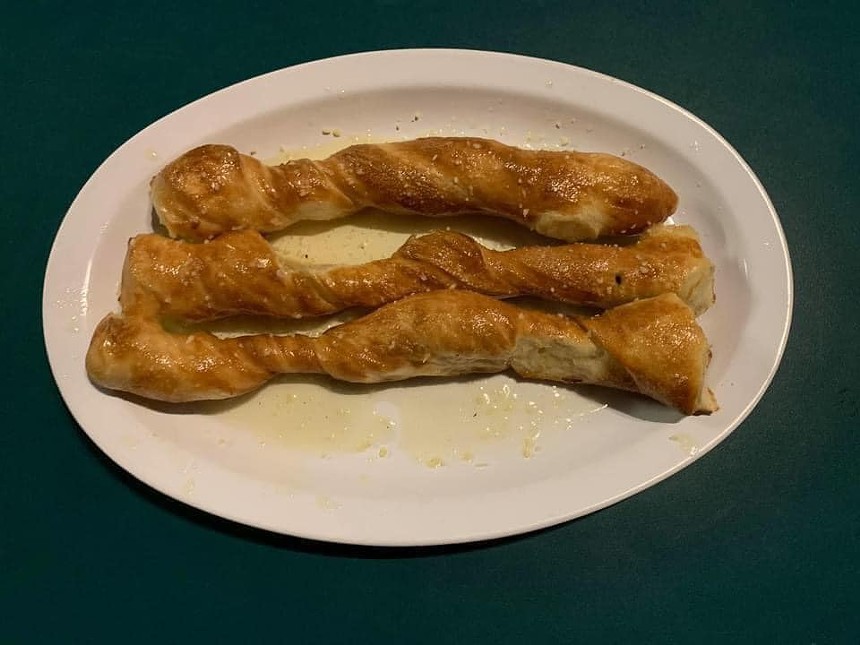 The iconic breadsticks, which come covered in garlic butter.
Oblio's Pizzeria
"A lot of people are saying they have heard amazing things about us and they're sad we're closing," Morgan adds. "But there are a lot of people in the neighborhood that haven't given us a chance, [and] now it's a little too late. But hopefully it's not really too late."

For now, Oblio's is still running, bringing a bit of magic to dinner with kids. On March 15, it's hosting dinner with the Minions and Baby Shark, and March 22 is Disney night with Mickey and Minnie. Both events cost $15 per table. Every Wednesday is kids' night, complete with balloon animals, face painting and more.

Oblio's Pizzeria is located at 6115 East 22nd Avenue and is open daily at 5 p.m., with additional lunch hours coming soon. For more information, visit obliospizza.com.
KEEP WESTWORD FREE... Since we started Westword, it has been defined as the free, independent voice of Denver, and we'd like to keep it that way. With local media under siege, it's more important than ever for us to rally support behind funding our local journalism. You can help by participating in our "I Support" program, allowing us to keep offering readers access to our incisive coverage of local news, food and culture with no paywalls.
Make a one-time donation today for as little as $1.