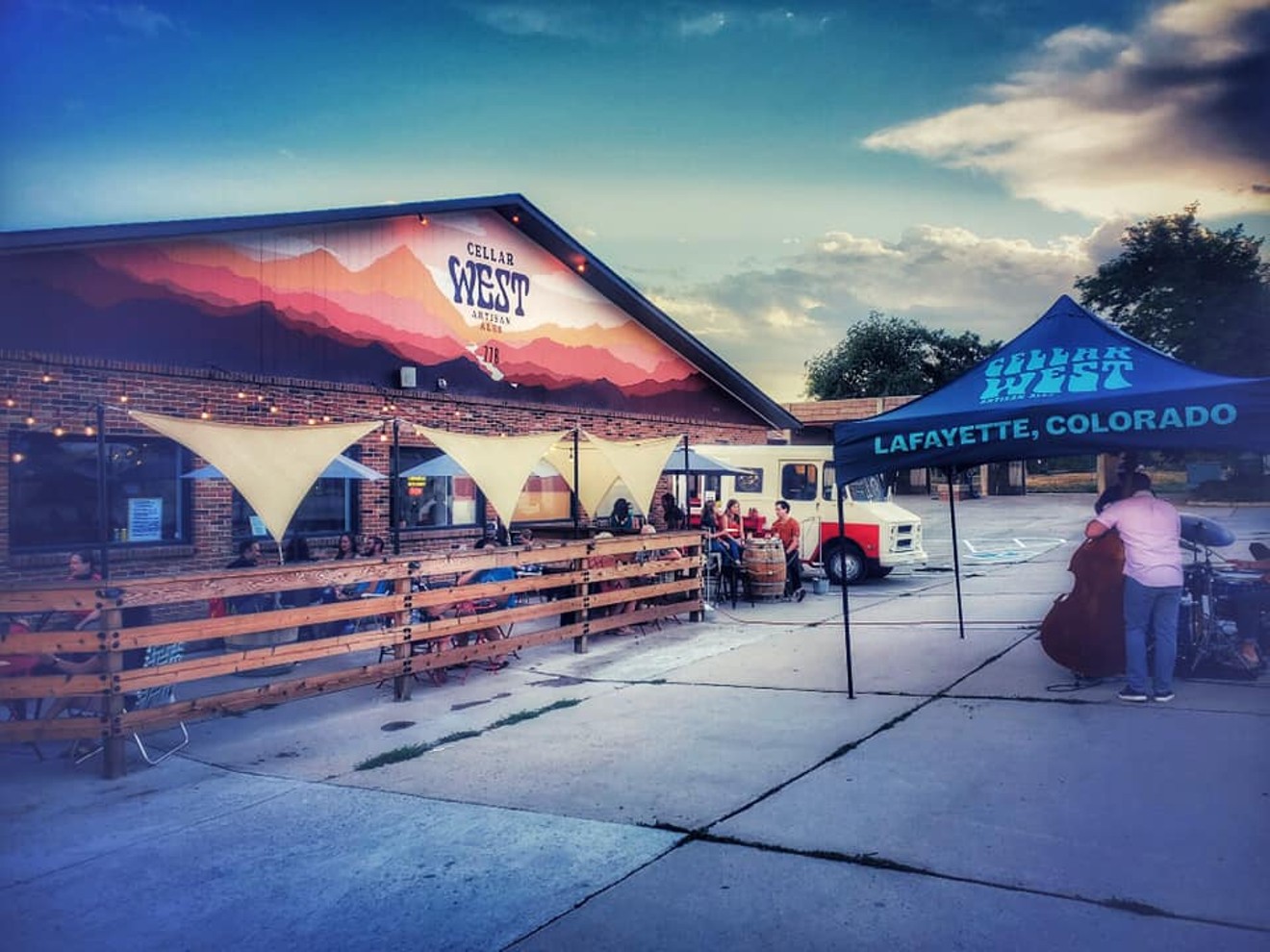 Cellar West Artisan Ales
The craft-beer world produces plenty of hot takes, and these days most revolve around hazy IPAs. Love ’em or hate ’em, almost every Colorado brewery makes at least one, either by choice or because of consumer pressure.

Zach Nichols doesn't hate hazies, but they aren't the reason he got into brewing beer. Nichols prefers traditional farmhouse saisons, particularly the kind that are inoculated with wild yeasts or sour-inducing bacteria, and that's what his small Lafayette brewery, Cellar West Artisan Ales, specializes in creating.

But many of his customers — including those who have supported Cellar West's primary mission — keep asking when he's going to brew a hazy IPA. "It's not what I set out to do with Cellar West, but you get to a point where enough people are asking that you feel like a jerk if you don't respond," Nichols says.

And Nichols isn't a jerk. So about a year ago, he began thinking about how he could brew beers that are "more playful," including hazy IPAs, without diluting Cellar West's goals. The answer, he decided, was to create a side project, a second brand with a different name and logo that would concentrate on these styles. 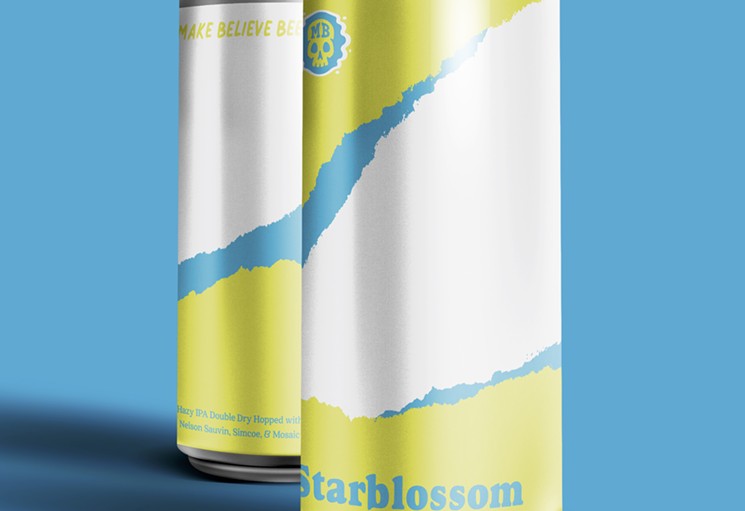 A mockup of the new cans from Make Believe.
Make Believe Beer
The result is Make Believe Beer, which will introduce its first canned brews next week. Starblossom is a 6.2 percent ABV hazy IPA double-dry-hopped with Nelson Sauvin, Simcoe and Mosaic hops.

"The main focus is more modern and imaginative beers, different processes for brewing IPAs and different hop varieties," he explains. "Cellar West is rooted in fine, traditional beers brewed with grace and finesse. [Make Believe] will be more fun and playful, which is how we came up with the name Make Believe. It embodies that. It's a way for us to dip our toes in and to play with new movements stylistically.

"When I decided that this was something we wanted to pursue, I went down the rabbit hole," Nichols continues. "I started trying a lot of them, asking people which ones are their favorites, and asking myself if there was anything I could do to bring something new to the table. I think we found some ways to bring our footprint to it. I don’t want to do anything that is a carbon copy of something else."

Nichols also points out that the Make Believe beers will only be sold out of the taproom rather than in liquor stores. "Good hazy IPAs are inherently not shelf-stable, so the goal is to have them come and go really quickly," he says. The brewery may even host dock sales to separate the experience from Cellar West.

Cellar West focuses on saisons.
Cellar West Artisan Ales
If things go well, Nichols would like to brew some collaborative beers with friends in the industry, as well. In the past, partnering with Cellar West meant making a saison. Now, he says, he can broaden the choices.

There are a handful of other breweries across the country that have tried out the idea of secondary brands, with varying degrees of success. In Colorado, Black Project Spontaneous & Wild Ales began as a side project of Former Future Brewing before Former Future was discontinued. Denver Beer Co. operates a secondary brand called Cerveceria Colorado, while 4 Noses Brewing recently opened the Wild Provisions Beer Project.

Some of the best-known offshoots, or sister brands, nationwide include Bruery Terreux and Offshoot, both from California's the Bruery; Springdale from Jack's Abbey Brewing in Massachusetts; and the Lost Abbey, which grew out of the Pizza Port restaurants in California fifteen years ago.

Cellar West Artisan Ales is located at 778-B West Baseline Road in Lafayette and is currently open from 4 to 9 p.m. Monday through Friday and 1 to 9 p.m. Saturday and Sunday. Call 720-465-9346 or visit the brewery's website for more details.
KEEP WESTWORD FREE... Since we started Westword, it has been defined as the free, independent voice of Denver, and we'd like to keep it that way. With local media under siege, it's more important than ever for us to rally support behind funding our local journalism. You can help by participating in our "I Support" program, allowing us to keep offering readers access to our incisive coverage of local news, food and culture with no paywalls.
Make a one-time donation today for as little as $1.