The Places of Denvoid and the Cowtown Punks Today

1 of 30
Tom Murphy
Denver Turnverein / The German House | 1570 Clarkson St | November 22, 2015
Bob Rob Medina's Denvoid and the Cowtown Punks chronicled a seminal era in the development of the Mile High City's underground music scene during the 1980s. The book, released in October 2015, included extensive interviews and oral histories of the bands and the times in which a punk and experimental music underground was thriving in the urban decay of post-oil-boom-collapse Denver. The book was beautifully illustrated mostly by Medina's artistic renderings of photos, as well as reproductions of flyers from those days.

At the end of the book, there is a list of music venues that were active and relevant to that time period. We have put together this series of photos based on addresses and other information culled from that list and from the many flyers. Often these addresses are imprecise because Denver has changed considerably since the '80s, and though we consulted knowledgeable people about these locations, memories can be a bit fuzzy. For other Denvoid-era venues, it wasn't possible to determine an exact location at the time of this writing, but we will update the slideshow with photos and details as they come.

Some of these landmarks are still active music venues, but most are not. What follows is a ghost tour of Denver's underground-music past, one that reflects how buildings and neighborhoods have developed significantly over the last few decades.

Note: Kennedy's Warehouse had an address, but with all the changes in that part of Denver, its exact location is not known. It could have been where there is currently a parking lot, but accounts say it occupied the triangle area where a Catholic Charities complex is now. We apologize for any inaccuracies and omissions as they are unintentional.

Copies of Denvoid and the Cowtown Punks can be purchased at Bob Rob Medina's Big Cartel page or at many Denver area independent book and music stores. 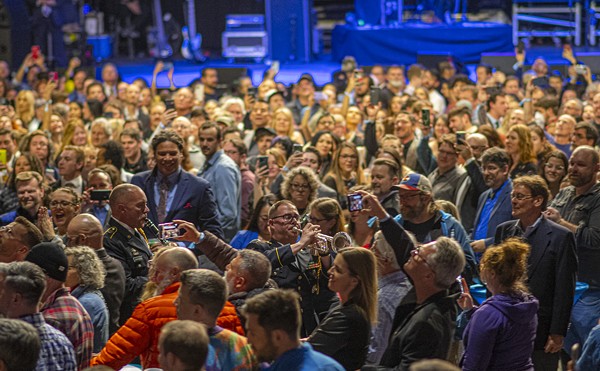