Weezer and Panic! at the Disco at Fiddler's Green

1 of 73
Miles Chrisinger
Weezer performed at Fiddler's Green Amphitheatre on July 24, 2016.
Alt-rock veterans Weezer teamed up with theatrical-pop-punk veterans Panic! at the Disco for a summer tour that stopped at Fiddler's Green Amphitheater last night, Sunday, July 24, 2016. Weezer recently released its tenth studio album, its fourth self-titled release, known as the White Album. The current incarnation of Panic! at the Disco includes only one original member, lead singer Brendon Urie. (Ryan Ross, a founding member and primary songwriter, left the band in 2009.) Andrew McMahon in the Wilderness, led by Andrew McMahon formerly of Jack's Mannequin and Something Corporate, opened the show. All photos by Miles Chrisinger. 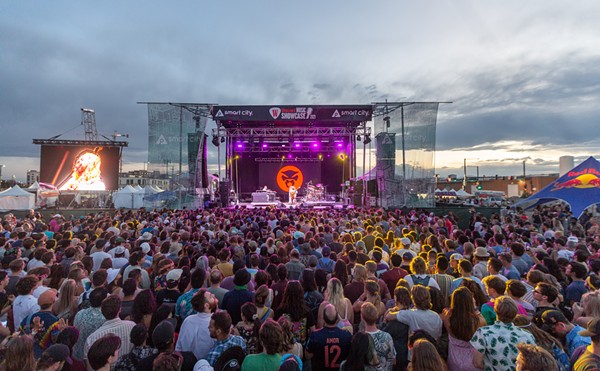