Author, pop-culturist, freelance journalist, editor-in-chief of the quarterly Denver lit zine Suspect Press and former Westword contributor Josiah Hesse is a habitué of the city’s underground whose first novel, Carnality: Dancing on Red Lake (a Suspect Press imprint), hit the shelves two years ago. We asked Hesse, a trend-observer possessed of a vivid imagination and a keen eye for culture, to share his thoughts via the 100CC questionnaire; his answers follow. 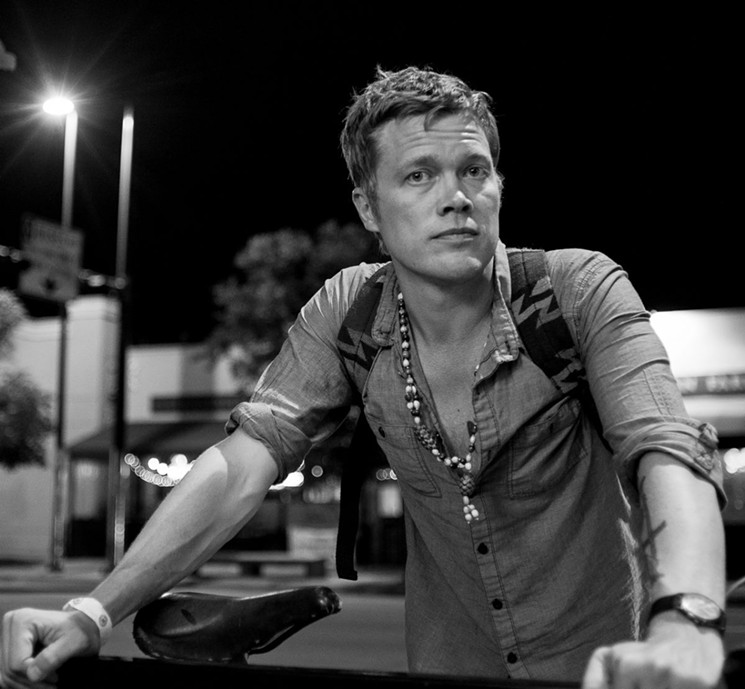 Glenn Ross
Westword: If you could collaborate with anyone in history, who would it be, and why?

Josiah Hesse: The Patti Smith Group (with John Cale). I'd ask them to compose a musical score for the entire audiobook of Carnality, with the same production tricks they used on the album Horses. Maybe a couple guest appearances by Scott Walker and Fiona Apple. Then I'd put it out as a wildly impractical ten-LP vinyl box set—with Margaret Keane designing the cover. I think I would cry myself into a happy death if I could hold that little number in my hands.

Alissa Wilkinson. She's a culture writer for Vox who recently did this piece about how eager young evangelicals were to be martyred after Columbine. It was so good I wanted to rip my hair out and never write another word again. Oh, and Jenny Lewis. Always Jenny Lewis.

What's one art trend you want to see die this year?

Overwriting. I get sent a lot of stuff at Suspect Press from college kids (god bless ’em) who write these densely worded sentences that cram in every $20 word they can find in their thesaurus, and I'm bored before I get through the first paragraph. All I want is simple, direct, impactful phrases. I started reading The Handmaid's Tale recently, and there's a line in there from the narrator, reflecting on the past, saying, "How were we supposed to know we were happy?" Bam! I got chills when I read that. Overwritten sentences are like a meal with pounds of seasoning on it. Sometimes you just need to let the ingredients sell themselves.

Freelance journalism. Not a bad gig. The stress of it will likely leave me a bald, ulcer-ridden, emotionally unstable wreck of a human being, but I do get to interview a lot of interesting people. So it could be worse.

I would collect a Jedi Council of all my favorite writers, musicians, filmmakers, comedians, illustrators, businesspeople and carpenters in the Denver area, and move us all into a giant yet weathered mansion somewhere deep in the Rockies. There we would build an exquisite theater with a retractable roof, dab rigs built into the seats and peach trees lining the aisles.

It would begin with the noble intention of creating an artistic commune, a place where we could produce books and films and put on shows, though I would quickly fall into a nasty ketamine addiction, then develop the ego and paranoia of a cult-leader, à la Jim Jones, and a mutiny would form, kicking me out of the collective and into the wilderness, where I would haunt the land as a sad spirit, desperate for revenge. Yes, I am rejected even in my own fantasy. 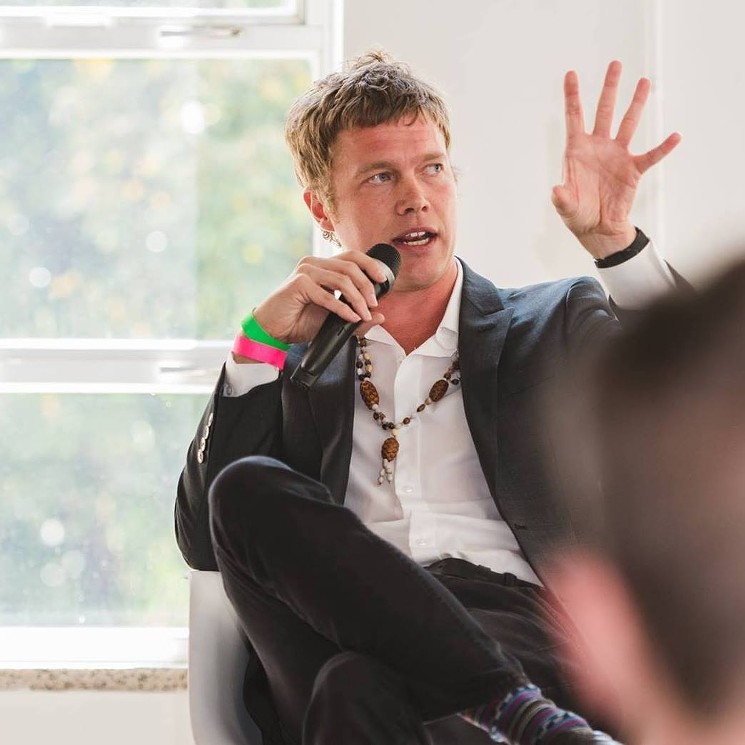 Art&
Denver, love it or leave it? What keeps you here — or makes you want to leave?

I don't know if I ever loved anything or anyone as much as I love the city of Denver. I mean it. I came to this city with nothing: no friends, no money, no education, and it made me who I am. Part of the reason I love running so much is I get to do it in Denver; it's like making out with the city. Is there a sexual designation for people who are in love with cities? Like objectophilia, people who fall in love with inanimate objects, like cars or buildings. One woman married the Eiffel Tower. Could I marry the city of Denver? Is it a misogynistic impulse to want to "own" the city through marriage? I once told a friend that I often feel like L.A. is the sleazy dude that is attracted to my daughter, the Denver arts scene, and she said that my view of Denver as my virginal daughter was unsettling. Now that I say it out loud, I think she's right.

What's the one thing Denver could do to help the arts?

People who have found themselves with the privilege of working in a lucrative industry could definitely help by investing money in arts projects, like Kayvan Khalatbari and Daniel Landes have done. Though that's a short-term fix. Ultimately, we need our own economy.

I think the biggest aid would be for those who know how to monetize art projects, whether it's painting, film, writing or standup comedy, to help educate artists on how to turn their work into a business. How to not get ripped off by people who can afford to pay you more but won't until they’re forced to. Reed Fuchs has done great work with his Balanced Breakfast series, which teaches musicians about various aspects of that industry.

This would also require artists to stop dreaming of living like Basquiat or Led Zeppelin, thinking some big corporation is just gonna pay them a fortune to hole up and make their art. Those days are over. We are in an age of economic warfare, and no one is going to voluntarily pay an artist what they're worth. These days you gotta know how to fight for it. 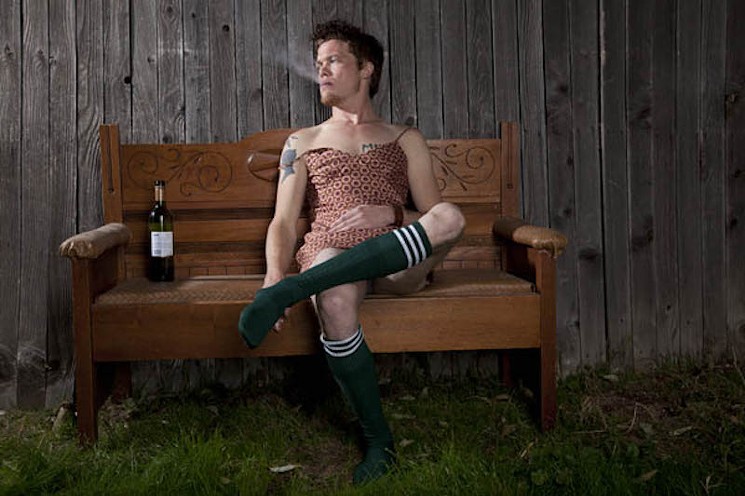 Josiah Hesse in drag.
Crystal Allen
Who is your favorite Colorado Creative?

Only one? I only get one? I bet other people haven't picked just one. I'm gonna go check. Okay, looks like most of ’em followed your fascistic rationing of just one person. How about a compromise: one per category.

Release Carnality 2. Build Suspect Press into a more sustainable business so we can publish more ambitious projects and put more money into the hands of Denver artists. Learn how to swim. Stop having nightmares.

Amanda E.K. Yes, yes, she's the fiction editor of Suspect Press, so this is a kind of shameless self-promotion, but I'm objectively in awe of her as a writer. She's a very shy preschool teacher, but she writes these incredibly dark, profoundly sad stories that still leave you at the end thinking, wow, that was beautiful.